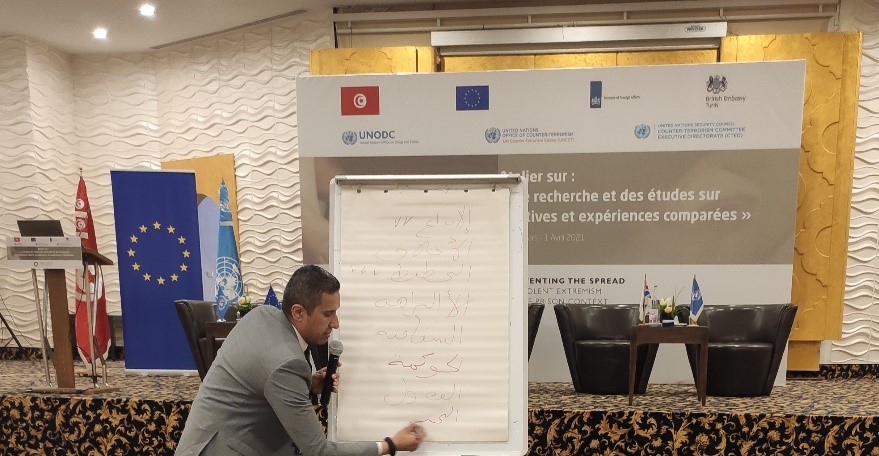 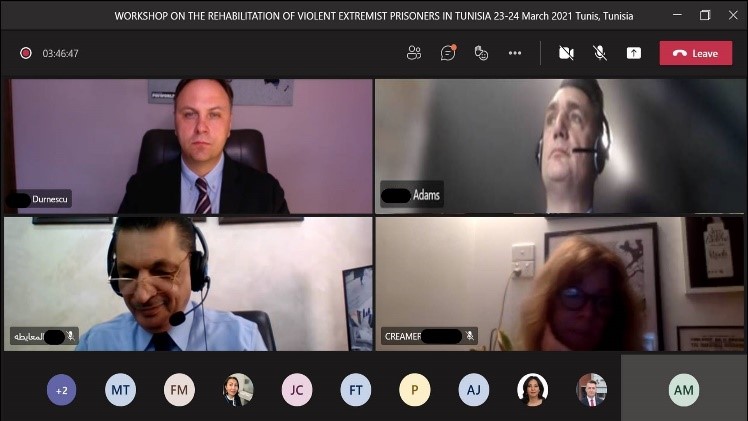 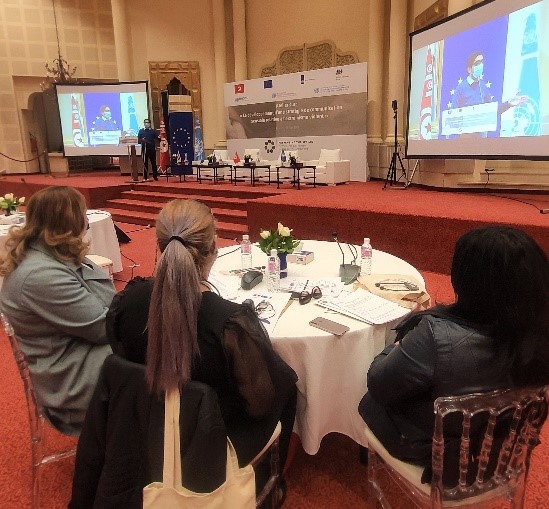 Violent extremism has evolved and taken on new forms and capabilities. The trends, means and patterns of radicalization to violence equally continue to broaden. Given the number of violent extremist prisoners currently incarcerated, there is no doubt that prisons have a significant role when it comes to tackling violent extremism.

Tunisia emphasized the need to enhance the capacity of the prison service to effectively address the challenge of violent extremism in prisons and joined the “Global Initiative on Preventing Violent Extremism in Prisons” as well as developed a national project “Tawassol” to facilitate social rehabilitation and reintegration of prisoners back into society. UNODC, the United Nations Counter-Terrorism Centre (UNCCT) and the United Nations Security Council Counter-Terrorism Committee Executive Directorate (UNCTED) provide Tunisian authorities with the required technical assistance.

These initiatives received strategic and financial support from the European Union, the United Nations Office of Counter-Terrorism (UNOCT), the Netherlands and the United Kingdom.

In the framework of these initiatives, Tunisia’s General Committee of Prisons and Rehabilitation (CGPR) hosted four workshops targeting different topics on preventing violent extremism in prisons. The workshop participants benefitted from the knowledge of more than 20 experts from different countries on approaches to prevent the spread of violent extremism in prisons.

Four key questions were addressed to participants who split into groups at the end of each workshop and shared ideas through brainstorming sessions and developed recommendations and solutions tailored to the Tunisian context, which the CGPR would consider while developing related interventions.

This is the first question posed to the participants, notably CGPR Directors in charge of rehabilitation and reintegration. Presentations of successful disengagement interventions were made by leading experts in this field Dr. Ioan Durnescu (Romania), Brigadier Dr. Tamer Al Maayta (Jordan) and Forensic Psychologist Dr. Catherin Creamer (the United Kingdom).

The answer looked at how the challenges posed by violent extremist prisoners must be addressed in full compliance with the United Nations Standard Minimum Rules for the Treatment of Prisoners (the Nelson Mandela Rules) and other relevant international standards and norms, including from the age and gender perspective. Furthermore, countries can learn from each other to get fresh insights. Brainstorming discussions enabled participants to come up with their definitions of effective rehabilitation programmes upon which rehabilitation strategies for the Tunisian context could be built.

Developing a communication strategy for preventing violent extremism in prisons is crucial, both externally as well as internally. As stated by one of the participants: “Communication is key within units and take different forms. Good prison conditions, contacts with the outside world, and effective rehabilitation programs could greatly contribute to the prevention of radicalization to violence within prisons, ensure that prisoners disengage from future violence; and prepare those being released for their reintegration into the community.”

Amongst other key speakers, Communications Specialist Officers from both UNOCT and UNODC led sessions on different topics such as strategic communication, audience analysis, narratives and counter-narratives. Participants then split into groups and elaborated a set of recommendations for the drafting of an initial strategy that will be submitted to the CGPR and the Ministry of Justice (MoJ).

Violent extremism and radicalization in prisons are of increasing concern to Tunisian authorities and one which presents specific technical challenges: “Security is essential but more important is to improve prisons conditions so that all prisoners can stay safe out of radicalization. We are working on embedding interventions to prevent violent extremism in prisons into broader prison reform agenda by improving prevention work and prison conditions from services and infrastructure, to social support,” Mr. Sami Ennar, General Director at CGPR, explained.

Reflecting on the results of the workshop, Mr. Hichem el Ouni, General Director of Regional Affairs at CGPR underlined that “the United Nations system, the European Union and the United Kingdom have shown an incredible amount of support for us and we hope this will continue. I am pleased and thrilled to congratulate and thank warmly those who have contributed to establishing of the Tunisian Center for Research and Studies which will greatly contribute to the development of evidence-based policies on preventing the spread of violent extremism in prisons.”

Check out this video (available in Arabic, English and Russian) for an in-depth look at the 2020 achievements of the global joint initiative on preventing violent extremism in prisons: https://yadi.sk/d/xLoyOpxwyFmliw?w=1