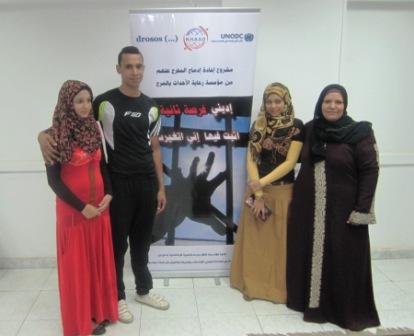 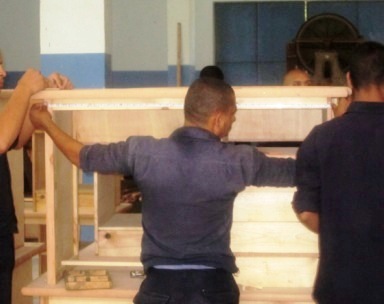 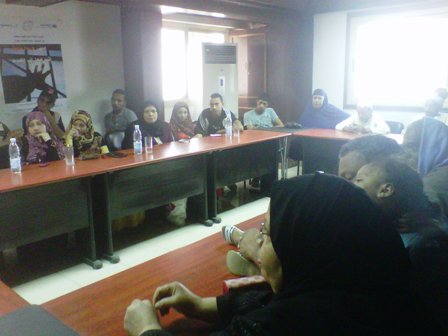 When Ahmed's father passed away, he was forced to drop out of school to provide for his mother "Um Ahmed" and his sister Buthaina. According to Ahmed, he was working as a fare collector on a public microbus, at the age of 15, when one day the bus driver accidentally killed a motorcyclist driving the wrong way on the road. Fearing jail, the driver escaped. Ahmed, who was unconscious, was taken by the police and tried for stealing the microbus, driving without a license, and accidental manslaughter. He was eventually sentenced to one year of correctional detention.

While serving his sentence at the Juvenile Correctional Institution in Marg, Cairo, Ahmed benefited from the UNODC rehabilitation and reintegration programme. The programme was undertaken with the Ministry of Insurance and Social Affairs and implemented by New Horizons Association for Social Development, an NGO working to help underprivileged groups in Egypt, technically supported by UNODC.

"The year I spent in Marg changed my life. I learned discipline, responsibility and commitment, but above all, I learned patience and respect for others," said Ahmed. Ahmed enrolled in a carpentry work-shop, one of the several professional training workshops refurbished and equipped by UNODC.

He also joined literacy classes. "Not only did I learn new things, but I also enjoyed the possibility to go to the gym and the movie theatre and play soccer in a real football field [established by UNODC] during my time in the Institution".

Three months prior to his release, Ahmed prepared a "life plan" together with a social worker, writing down all his aspirations for his future life after being released from prison. In the period immediately after his release, Ahmed was supported by UNODC to follow-through with his 'life plan'. Two years later, Ahmed works as a taxi driver; he uses a car that he rents on a daily basis. He hopes to own his own taxi one day in order to increase his income and be independent. Through the assistance received from UNODC, Ahmed was also able to improve his living conditions so he was able to marry and will soon become a father.

"Ahmed is no longer irresponsible. Employing the skills he learned inside the Institution, he fixes things around the house and provides for his sister, his wife and myself," Um Ahmed stated proudly. Through the New Horizons' network, UNODC extends its after-release assistance to cover all Egypt. UNODC believes that juveniles, with proper educational, social, legal, health and psychological assistance and follow-up, can truly be a positive part of society and deserve to be given a second chance.

The UNODC Juvenile Justice Project in Egypt, funded by Drosos Foundation, Switzerland, began in 2003. Its first phase was "Strengthening Legislative and Institutional Capacity for Juvenile Justice in Egypt". The second phase, "Reintegration of Released Children and Youth into the Egyptian Society" already served more than 492 youths in more than 10 governorates. A third phase will be launched soon.

New Horizons Association for Social Development, is an NGO working to help underprivileged groups in Egypt. To find out more about their activities, please visit their website.

To watch a brief documentary on UNODC work in this project click here.