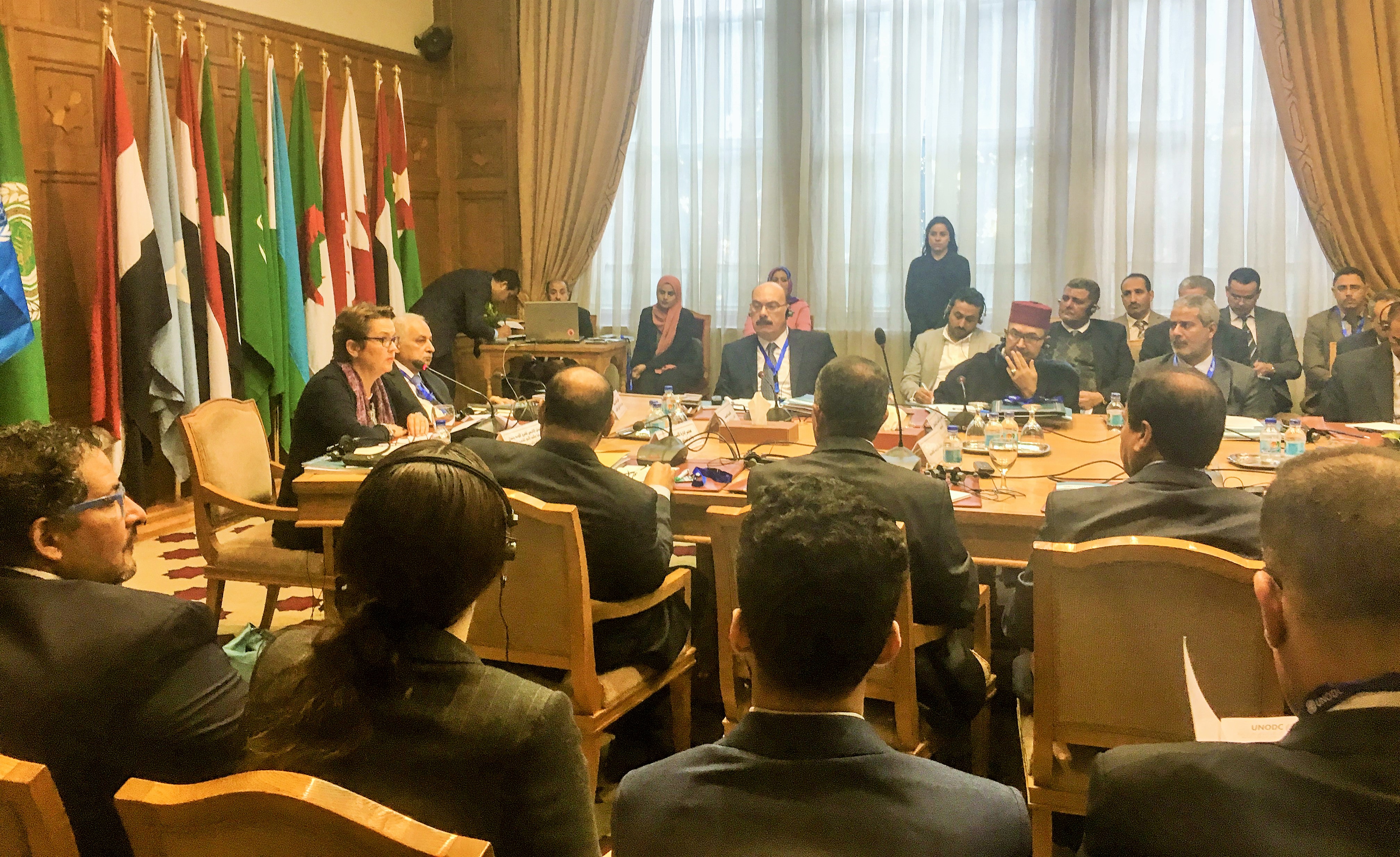 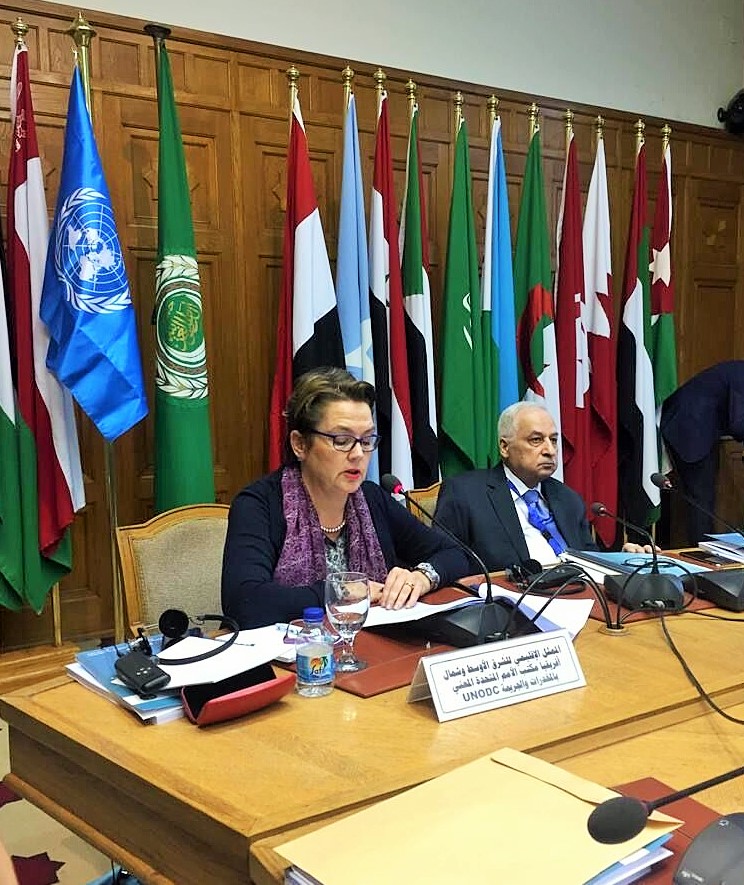 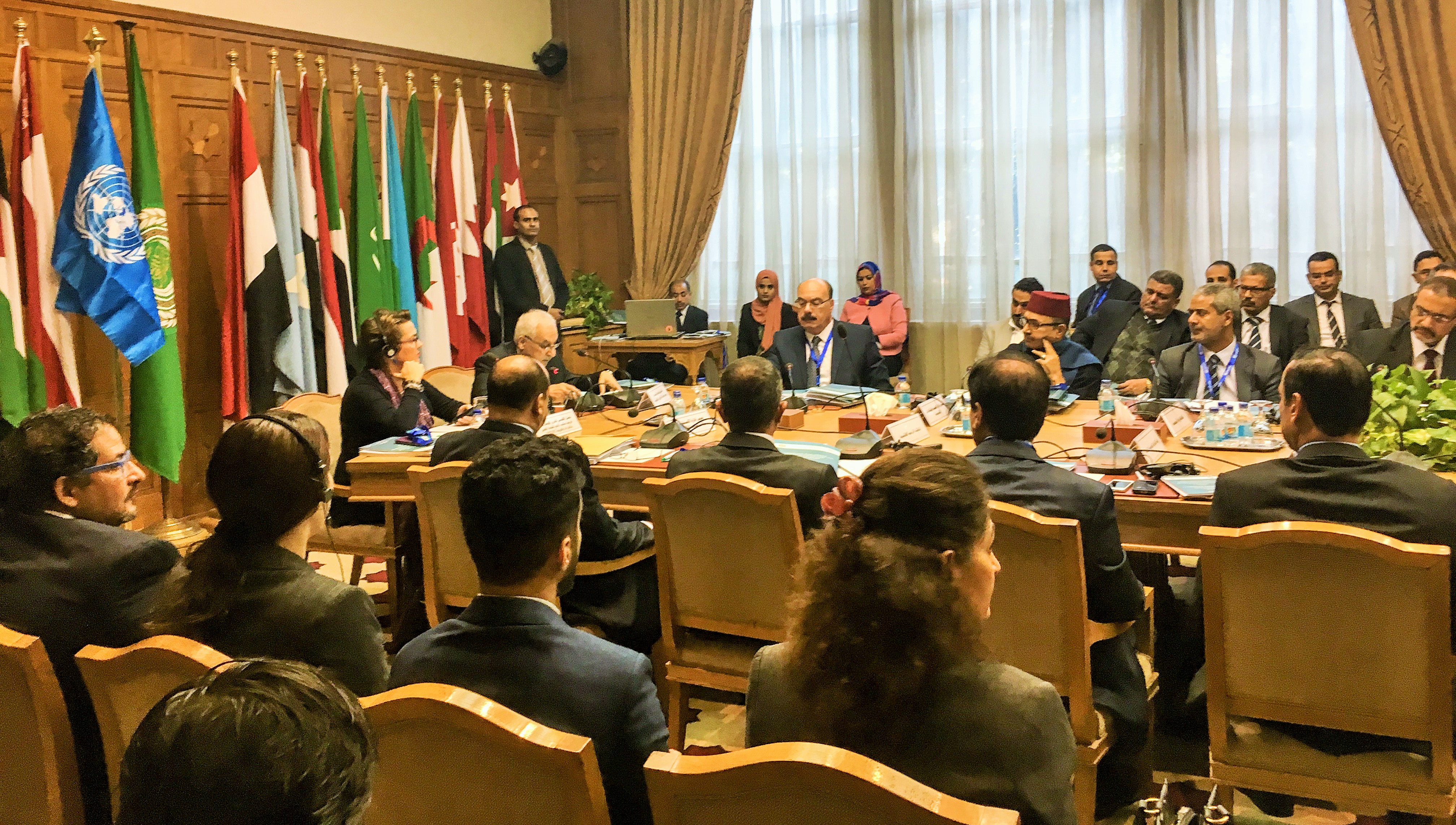 On 28-29 November 2017, member states of the League of Arab States met in Cairo to review the progress of implementation and agree on priorities for joint work in the framework of the Regional Programme for the Arab States to Prevent and Combat Crime, Terrorism and Health Threats, and to Strengthen Criminal Justice Systems in Line with International Human Rights Standards (2016-2021). Sixty five representatives of Ministries of Interior, Health, Justice and Foreign Affairs from 18 partner countries constituting the Steering and Follow up Committee met for the second time since the launch of the Regional Programme on 9 May 2016.

The two-day meeting chaired by the League and UNODC at the Headquarters of the League in Cairo, Egypt focused on progress made during the second year of the Regional Programme and on future priorities of for the year 2018 in the areas of "Transnational Organized Crime", "Criminal Justice" and "Health".

The League Assistant-Secretary-General and Head of Legal Affairs Sector, Ambassador Fadel Mohamed Jawad highlighted the timeliness and significance of the Regional Programme, and its purpose is to counter new threats through strengthening rule of law and sustainable development in the countries of the region. He commended the role played by UNODC in this regard, and stressing the League's support in the implementation of the Regional Programme.

UNODC Regional Representative for the Middle East and North Africa, Cristina Albertin welcomed the active participation of the League and all delegations in the discussions  reconfirming  "the collective commitment to addressing crime, corruption, terrorism and drug and HIV related health risks in the framework of UN, international and regional conventions including the international criminal justice standards". She highlighted UNODC significant expansion of expertise both in number and kind which allowed UNODC to deliver its technical assistance through 36 projects worth US$ 15.4 million in 2017, thanks to the contribution of 20 funding partners* including from member states in the region, underlining the need to collectively mobilize support for future implementation.

The recommendations included i) Support the use of special investigation techniques, such as using digital evidence, open-source investigations and criminal intelligence analysis, in order to more effectively dismantle organized criminal and terrorist groups; ii) Continue to support national and regional counter-terrorism efforts; iii) Improve States' efficiency in the use of crime lab and forensics as a means of proof, integrate them into the evidence procedures, and to use them to detect crimes and acts of terrorism, and to improve crime scene management, laboratory analyses (ballistics, chemicals, fingerprints, DNA, etc.), the chain of evidence custody, and international certifications for national laboratories; iv) Operationalize and support the Arab Judicial Cooperation Network of LAS General Secretariat, and urge UNODC to support it with capacity building and cooperation with other similar networks; etc.