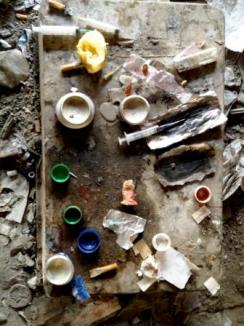 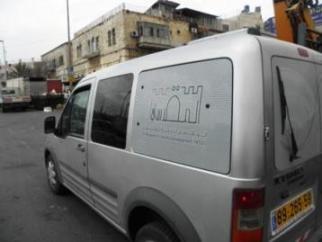 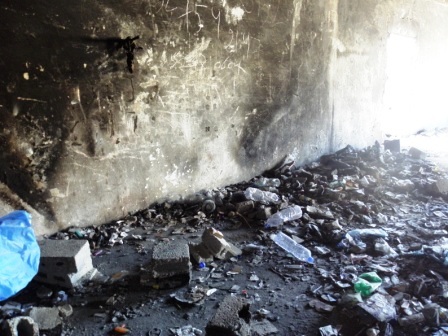 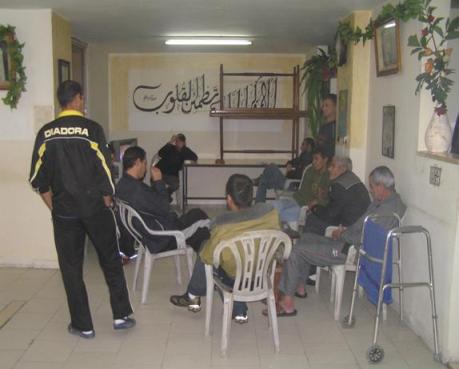 "Many young people in the Old City can easily get drugs," says Mostafa Zaki* who was only 14 years old when he began smoking hashish at school in the Shufaat Refugee Camp in East Jerusalem. In 1982, at the age of 18, Mostafa started using heroin along with hashish, and thus his long journey of heroin use began.

His parents pressured him to get married hoping that a companion would change his behaviour and instil in him some sense of responsibility, failing to realize that drug dependence is a chronic multi-factorial health disorder that requires professional medical and psychosocial support. As Mostafa's tolerance to heroin increased, he started injecting heroin and was arrested three times on charges of drug possession. During his stay in prison, Mostafa started sharing needles with other prisoners since drugs were not easily available. Following his release from prison, Mostafa only managed to get menial part-time jobs, thus finding himself constantly underemployed. In order to satisfy his demand for drugs, he increasingly depended on small thefts as a source of income.

"During that period I continued using drugs through injection and my wish was to die in each moment. Some of my friends died from overdose, and I waited for my turn to die," Mostafa candidly admits. A glimmer of hope came in 2010, when Mostafa came in contact with outreach workers from  Al-Maqdese for Society Development, a local NGO. "The field team supported me when I told them that I wanted to take an HIV and HCV test," Mostafa says. The team, working through a mobile van, provided him with new syringes and needles, and referred him to HIV and HCV testing. Testing positive for Hepatitis C prompted Mostafa seriously to consider getting further support. In coordination with Mostafa's brothers, Al-Maqdese referred him to an outpatient treatment service provided by a local NGO. Al-Maqdese field workers conduct regular outreach visits within the framework of a United Nations Office on Drugs and Crime's (UNODC) project conducted in partnership with the Palestinian  Ministry of Health and  Ministry of Interior. Outreach workers visit drug shooting galleries in different areas to distribute needles, syringes and condoms (similar to the shooting gallery depicted above).

Mostafa is currently working as a volunteer at the drop-in centre of Al-Maqdese, and as a former drug user, he is of invaluable assistance in his efforts to raise awareness among school and university students about the dangers of drug use. "I started to feel like I am a beneficial person to society, and my family is proud of me again. Today, I am in contact with Al-Maqdese on a regular basis," Mostafa says.

With the aim of maintaining a low HIV epidemic in the occupied Palestinian Territory, UNODC has been supporting the Palestinian Authority since 2006 in undertaking community outreach and needle syringe exchange programmes among people who inject drugs. In 2010, support was provided through The Global Fund to Fight AIDS, TB and Malaria in the establishment of two drop-in centres in Gaza and the West Bank in close cooperation with the Palestinian Ministries of Health and Interior. The project supported community outreach services through NGOs such as Al Maqdese which reached 255 drug users (of which 175 inject drugs) in the West Bank, including in Refugee Camps, with 1,500 sterile needles and syringes and 1,100 male condoms during a five month period in 2010. The Palestinian Ministry of Health and its National AIDS Committee are fully committed to supporting the comprehensive harm reduction response which includes needle and syringe programmes and comprehensive drug dependence treatment.

The Palestinian Ministry of Health has identified the lack of technical and human resource capacity on evidence-based assessment, diagnosis and treatment of drug dependence as a major weakness in its health system and has officially requested support from UNODC to build its capacity in this regard. The National High Committee for the Prevention of Drugs and Psychotropic Substances recognizes drug dependence as a multi-factorial health disorder and has been actively engaged in the development and coordination of the national response. It is foreseen that the first national drug dependence treatment centre will be built in Ramallah and made operational during the period 2013-2015. Still, efforts need to be undertaken to support the establishment of a drug dependence treatment and rehabilitation system in the occupied Palestinian Territory.

In July 2012, UNODC Regional Office for the Middle East and North Africa and its Subregional Office for the Gulf Cooperation Council Countries organised a study visit for a Palestinian National Committee for the Prevention of Drugs and Psychotropic Substance to the National Rehabilitation Center (NRC) in Abu Dhabi, with the aim of sensitizing the technical team on evidence-informed drug dependence treatment used by NRC and orient their thinking for the future management of the drug treatment centre to be established in Ramallah.

In furtherance of these efforts, additional specialised trainings on comprehensive harm reduction and evidence-based drug dependence treatment, including opioid substitution treatment, will be organised in Ramallah during the months of November and December 2012 to orient, advocate and train governmental public health decision-makers, and NGO programme managers in the comprehensive response.

* Please Note: Real names were not used in order to maintain anonymity.