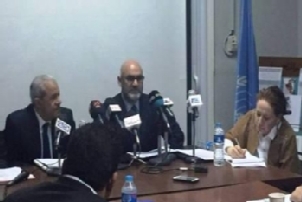 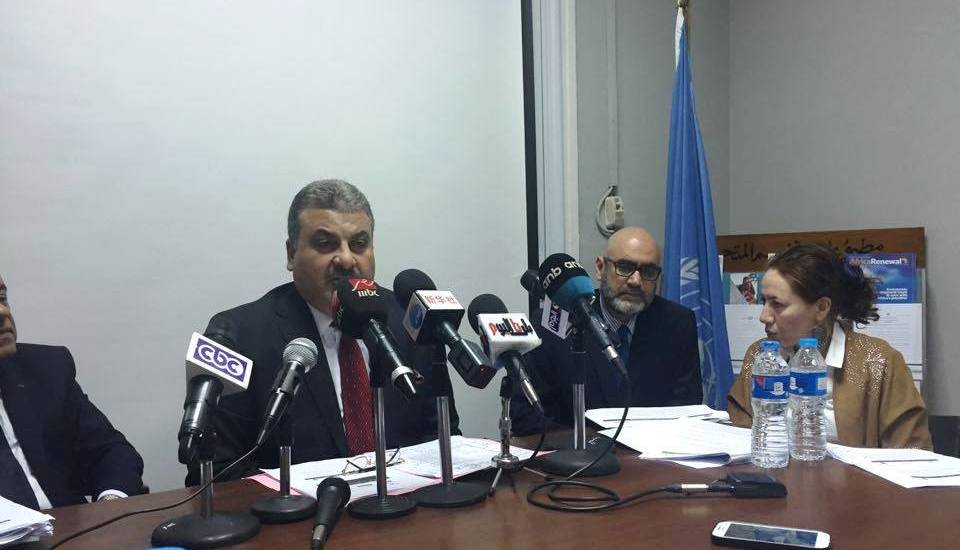 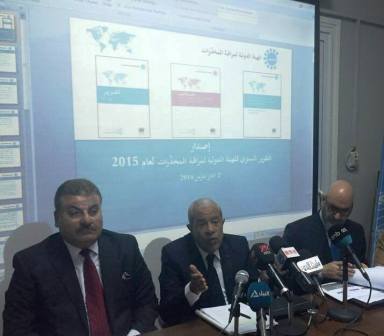 New psychoactive substances (NPS) are a growing public health challenge, with over 600 new substances reported through October 2015, a 55% increase from 2014, says the 2015 report issued by the International Narcotics Control Board (INCB), and launched today in a press conference at the premises of the United Nations Information Centre in Cairo.

General Samak informed of the upcoming United Nations General Assembly Special Session (UNGASS) on the global drug problem due to be held in April 2016, which would review the implementation of the drug conventions and the achievements of and challenges to the international drug control system.  He also stressed the importance of alternative development and the role religious institutions play in raising awareness against drugs, especially among the youth.

Switching to the drug situation in the Middle East, Mr. Karimipour indicated that the Middle East is mainly used by drug trafficking networks as a transit area for the smuggling of cocaine, heroin and amphetamine-type stimulants. Trafficking of counterfeit Captagon tablets (containing amphetamine) in the region has continued unabated among all parties engaged in armed violence in the Syrian Arab Republic. Mr. Karimipour noted that seizures of heroin among countries in the Middle East had dropped particularly in Jordan, Lebanon, Saudi Arabia. He then focused on Morocco, which remained one of the world's largest producers of cannabis resin and continued to supply cannabis resin to Europe, according to the Report.

General El Ghamry, Egyptian ANGA representative, provided a brief on the significant national law enforcement efforts in the fields of drug demand and harm reduction, drug treatment and international cooperation. Shedding light on the challenges facing Egypt with its 5,500 km of land and sea borders, he cited the lack of control on the other side of the Libyan borders through which cannabis coming from Morocco is smuggled into Egypt. However, and in view of the concrete efforts undertaken by Egyptian authorities, cannabis smugglers are now forced to avoid Libyan land borders and resort to the Meditarranean, using commercial and fishing boats. As an example of the success of the anti-narcotics efforts, General El Ghamry stated that "despite the situation in Egypt in the past few years, we have succeeded, from 2010 to 2015, in seizing 1,72,000,0000 Tramadol tablets." He concluded with requesting Tramadol be properly listed in the international schedule of controlled substances.