Egypt: Developing a Community of Practice: How training prosecutors will help in the fight against human trafficking and migrant smuggling 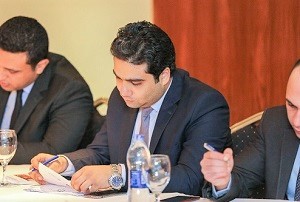 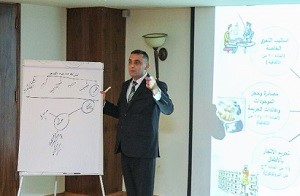 Under the framework of the Global Action against Trafficking in Persons and the Smuggling of Migrants (GLO.ACT), UNODC collaborated with the National Coordinating Committee on Preventing and Combating Human Trafficking and Migrant Smuggling and the International Cooperation and Human Rights Division in the Office of The Egyptian Prosecutor General in organizing a four-day training workshop from 15-18 April 2018 to further strengthen the capacity of Egyptian prosecutors to investigate and prosecute trafficking in persons (TIP) and smuggling of migrants (SOM) cases. The 18 prosecutors participating in the workshop came primarily from Egypt's delta region.

Egypt is a transit, and destination country for TIP and SOM. Primary SOM routes are from the Horn of Africa and Eastern Africa and are taken by migrants seeking passage to Europe.

The aim of this workshop series to is to create a community of practice amongst Egypt's national prosecutors by building their capacity on topics such as:

· The existing international legal frameworks on TIP and SOM;

· The existing national legal framework on TIP and SOM;

· Cyberspace, the phenomenon of cybercrime and its relevance to TIP and SOM; and

The workshop allowed participants to engage in animated discussions with UNODC experts and to discuss real TIP and SOM cases. Post workshop evaluation forms confirm that participants are particularly keen on the interactive nature of the training, as it enables everyone to ask follow-up questions on specific TIP and SOM cases as well as about international and national legislation.

In addition, the prosecutors were also very interested in learning more about cyberspace and cybercrime, and how this is relevant with regards to TIP and SOM investigations. During the workshop, it became very clear that many case examples contained digital evidence stored on mobiles phones or social media platforms such as Facebook accounts.

More importantly however, the workshop achieved real results with regards to perception issues. During an informal discussion session, the participating prosecutors revealed that prior to the workshop their perception of a smuggled migrant was very different and rather negative than post workshop. They said that the workshop helped them understand what makes people vulnerable to being smuggled and that the smugglers are the criminals who need to be prosecuted.