Tunisia: New Premises to Prevent and Combat Trafficking in Persons 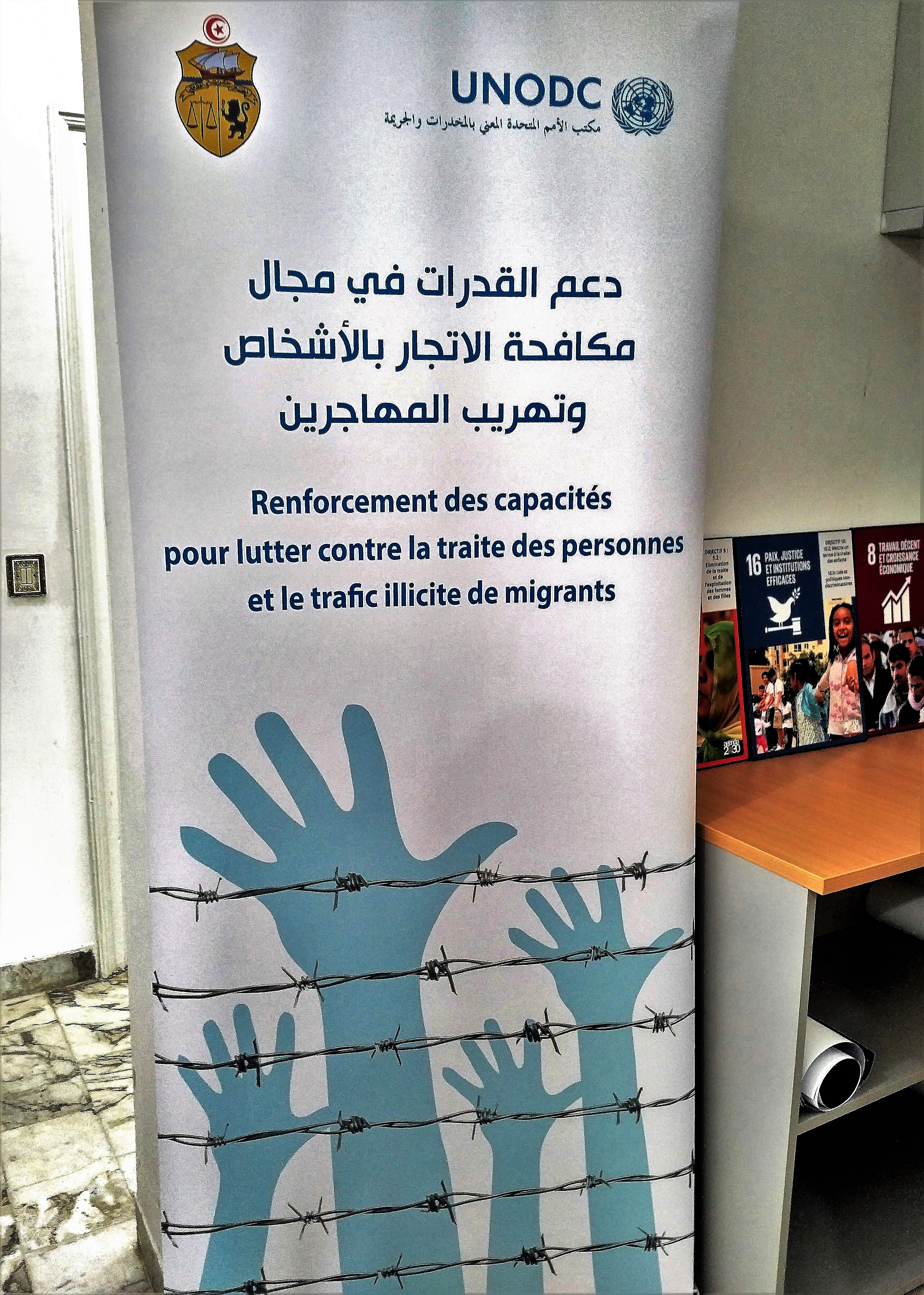 As a source, destination and transit country, Tunisia is particularly concerned with trafficking in persons. Against this background, the Tunisian Minister of Justice, H.E. Mr. Ghazi Jeribi, inaugurated the premises of the National Committee against Trafficking in Persons (NCTIP) on 23 January 2018, in the presence of the President and members of the Committee.

UNODC, diplomatic missions in Tunisia, lawyers, human rights activists, and a number of representatives of Embassies, as well as national and international organizations, attended the event. " Tunisia is particularly concerned with human trafficking as a cross-border crime", said the President of the Committee, Mrs. Rawda Labidi, and she added that " migrant smuggling networks exploit security and political chaos in neighboring countries".

The new premises will facilitate the work of NCTIP in implementing the Law No. 61 of 3rd August 2016 on preventing and combating trafficking in persons, for which UNODC is providing technical assistance in close partnership with NCTIP. UNODC also provided the National Committee with technical assistance to draft a National Strategy and an Action Plan to prevent and combat human trafficking, as well as key equipment for its mission.

UNODC is supporting the operationalization of NCTIP since its establishment in 2016 through the project " Strengthening Criminal Justice Responses and Regional Cooperation Efforts to Combat Human Trafficking and Migrant Smuggling in Tunisia", funded by the United Kingdom and implemented under the project " Strengthening the Framework of the Arab Region to Prevent and Combat Human Trafficking and Migrant Smuggling ".