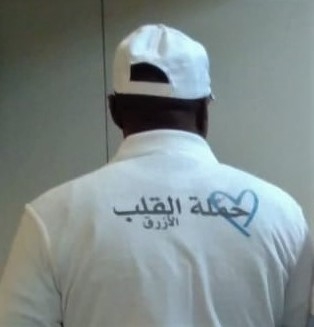 The United Nations Office on Drugs and Crime (UNODC) conducted the second round of training for journalists in Sudan in collaboration with the National Committee for Combating Human Trafficking (NCCT) under the framework of the EU-funded GIZ project "Better Migration Management Programme". The workshop aimed at building the capacity of Sudanese journalists to report on cases of trafficking in persons and smuggling of migrants.

The four-days training took place in Khartoum from 24 to 28 June 2018.  The workshop targeted 25 journalists; half of them were from the border states of Kassala, North Darfur, El Gadarif, Port Sudan, Aljazera and Northern State, while the other half were from Khartoum. The event provided a good opportunity for learning and knowledge exchange, especially for journalists from the border states where many migrants cross the borders on the route to the Mediterranean.

During the workshop, UNODC introduced the Blue Heart Campaign inviting participants to play an active role in awareness raising among vulnerable communities on human trafficking and smuggling of migrants.

Mr Ismail Tierab, the Deputy Chairman of the NCCT participated and presented the key note address. The training delivered by UNODC was based on the UNODC developed Human Trafficking Toolkit for Journalists . It covered comprehensively human trafficking and smuggling of migrants (i) introducing the definitions and the differences between Trafficking in Persons (TiP) and Smuggling of Migrants (SoM), (ii)  the relevant international legal framework (iii)  the general TIP and SOM trends in the MENA region based on the latest findings of the 2016 UNODC Global Report on Trafficking in Persons, (iv)  the respective situation in Sudan including the national legal framework and the latest policy developments in Sudan as well as (v) the role of  the NCCT.

The workshop applied interactive and participatory approaches such as the interview role play, storytelling, analysis of relevant actors and sourcing & data validation. Also, videos were displayed showing actual cases of trafficking detected by the authorities in the border states of Kassala and Northern state. This practical approach helped the journalists to understand how to cover cases of trafficking in persons in a meaningful and victim-centered approach.

Regarding the Blue Heart Campaign, the participants learned about the concept of the global campaign and its linkage with the sustainable development goals (SDGs), the tools they can use for outreach and the available promotional material. They were introduced to experiences from other countries in using the campaign tools for outreach to marginalized and vulnerable groups. Videos from Latin America were displayed to show the different approaches of utilizing the campaign for awareness raising. By the end of the workshop, the National Committee for Combating Human Trafficking agreed with the journalists on the need for a brainstorming session to discuss a potential plan of action for jointly implementing awareness raising initiatives using the Blue Heart Campaign within the framework of the National Action Plan to combat human trafficking.

With the support of UNODC and other international partners, the Committee developed the National Action Plan to combat human trafficking (2018 -2019) which has a strong component on public awareness raising and public engagement to fight human trafficking.

The workshop was possible thanks to the funding of the EU-funded GIZ project "Better Migration Management Programme.