"I, too, deserve a second chance": Rehabilitation and reintegration for children in conflict with the law 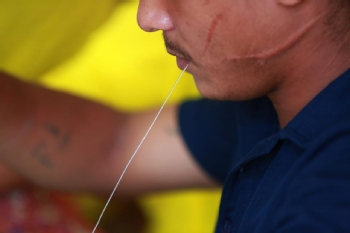 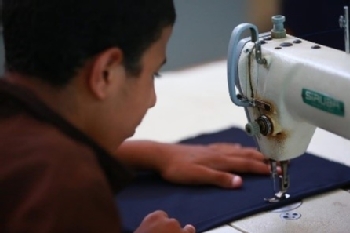 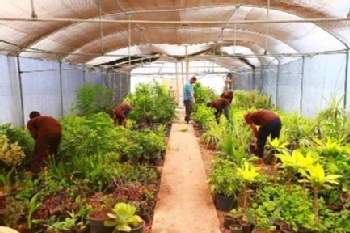 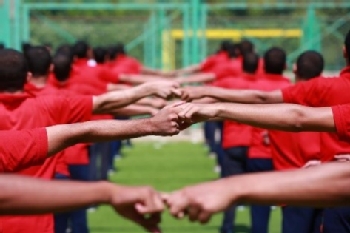 Believing in Mohamed, giving him the possibility to learn and see good models of life, trusting him and loving him for what he is and what he is capable of, made it possible for him to change his life and to prove that children like him deserve another chance.

Mohamed Khamis, a 23-year old from Beni Sweif (Egypt), is the proud owner of a small tailor shop where he has been working with his mother and brother for almost five years now. At the age of 15, Mohamed was sentenced to three years for stealing and was detained at El Marg (Detention Center for Young Male Offenders). The outgoing and cheerful child started his tailoring career at this detention center, where he enthusiastically participated in the rehabilitation and reintegration programmes that had been set up and supported by UNODC. He attended literacy classes, for which he obtained a certificate and later learnt sewing in one of the vocational workshops offered under the reintegration programme.

The reason behind his decision to learn how to sew was his mother, who worked as a seamstress in a factory far away from home. Upon his release, as part of the UNODC reintegration programme at El Marg, Mohamed received a sewing machine in order to support him earning an income after his release. Five years later, his family business is up and running. His services quickly became well known in his village and he was able to buy two additional machines, thereby expanding his business. Mohamed has now decided to help other children who have been in detention by offering jobs in his tailor shop.

What made him succeed?

A professional admission and classification

Upon arrival at prison, Mohamed was received by a social worker at the admission department, who informed him about his rights and duties at the detention centre. He then spent two weeks at the reception ward before being classified by the detention committee and referred to a ward where children with similar age and profiles are being held.

To help him overcome the shock of losing what was so dear to him - his freedom - Mohamed received several sessions of psycho-social support and individual support to help him accept his new status and provide him with necessary guidance to be able to engage in existing rehabilitation activities based on his capacities.

Enrollment into rehabilitation and reintegration workshops

Mohamed attended literacy classes, for which he obtained a certificate and later learnt sewing in one of the vocational workshops offered under the programme. In addition, he participated in many leisure and sports activities and gardening, which helped him develop his social skills. He was also able to receive some religious guidance to ensure that he had a good understanding of tolerance as conveyed by religion. When Mohamed was injured during a football match, he received adequate medical care and was also sensitized about the signs of puberty and about sexually transmitted diseases.

Six months prior to leaving the detention centre, Mohamed joined the "Preparation to reintegration programme" where he was able to build his own "Life-Plan", to empower him at the psychological, social and economic levels.
He learned how to deal with peer pressure and stigmatization, he learned how to avoid fights that could lead him back to detention, how to respect laws and regulations, how to make a feasibility study for a small income generation project and much more. He decided how he wanted to continue his life after leaving the detention centre and what kind of support he needed to ensure a good life that will not lead him back to detention. After his release, with the support of Civil Society Organisations, Mohamed was able to implement his "Life-Plan", he regained trust in himself and the society, he proved that he truly deserves a second chance.

Name of the child was changed to protect him and his family's privacy.

This project was implemented thanks to the Financial support of the United Kingdom, the Netherlands, and the  Drosos Foundation.