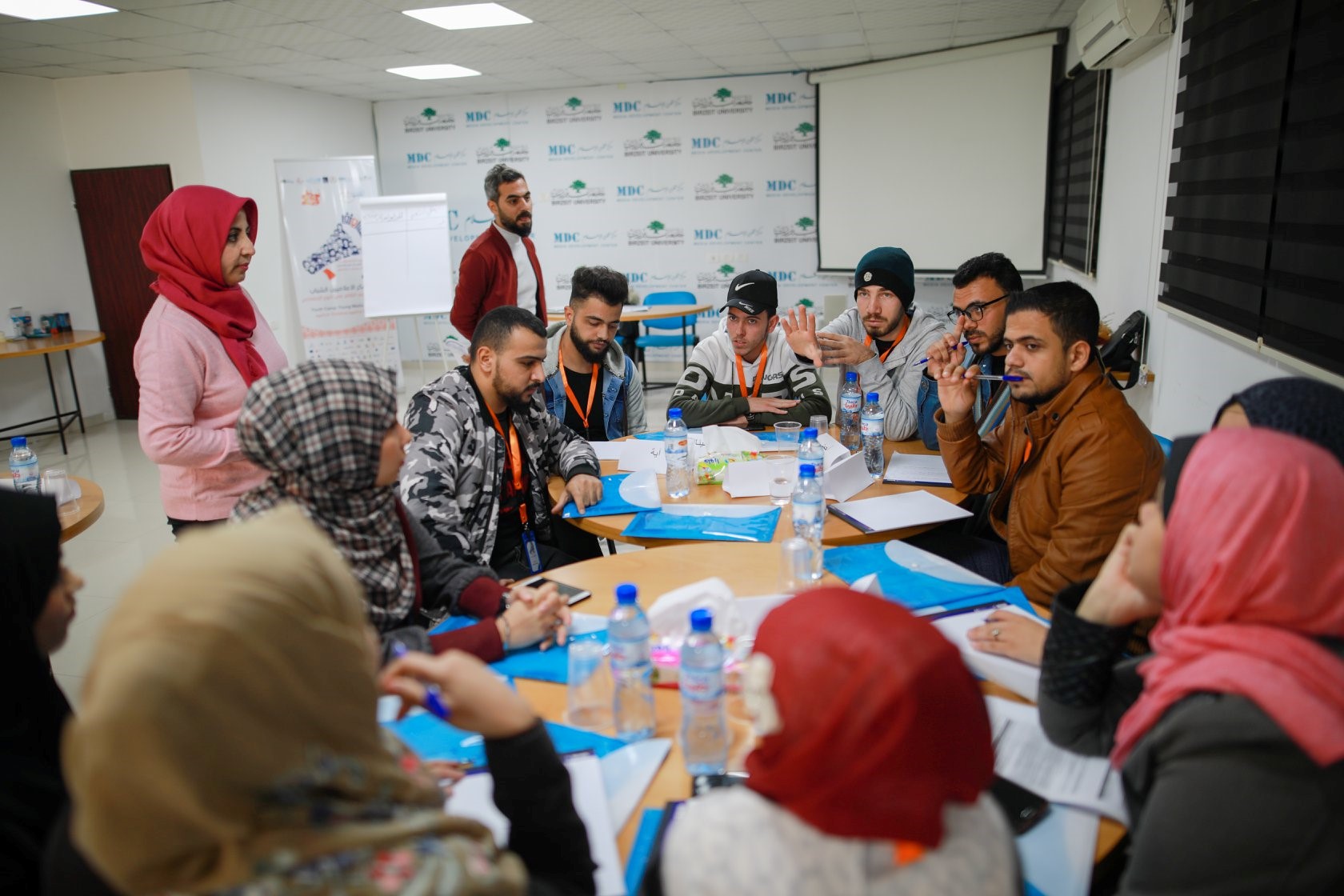 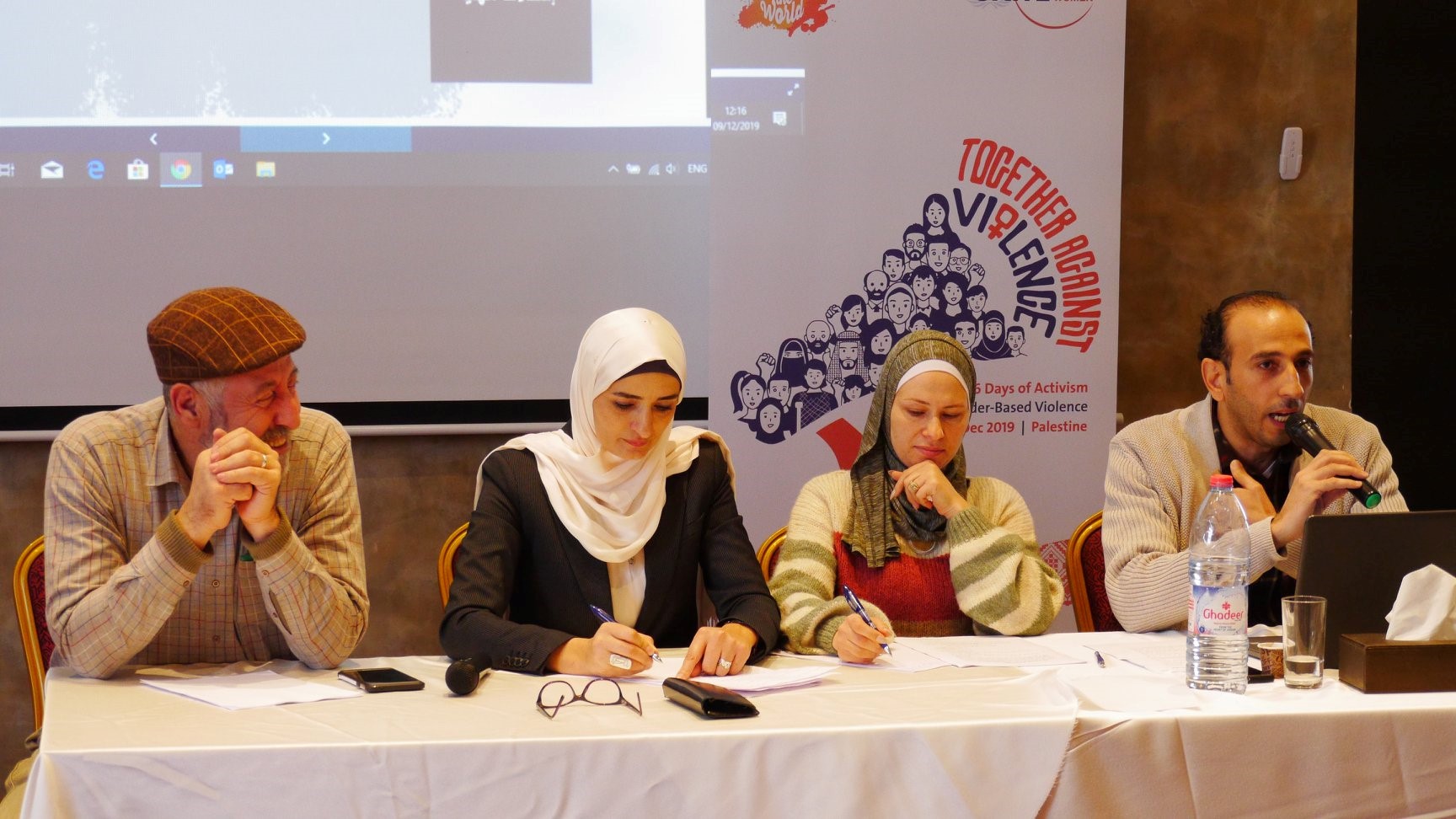 Violence against women and girls is a grave human rights violation with one in three women worldwide experiencing physical and sexual violence. In the West Bank and the Gaza Strip, 29 percent of women have been subjected to violence by their husbands, and 44 percent of girls have experienced physical violence, according to a survey by the Palestinian Central Bureau of Statistics.

In the era of social media, such violence has branched out into new arenas, to include online bullying and harassment. New forms of violence require new language and new approaches to tackle them effectively.

Journalists and media professionals play a critical role not only in raising awareness about violence against women but also in challenging the negative traditions, attitudes, and stereotypes that perpetuate it.

Funded by the Government of Canada and jointly implemented by UN Women, UNFPA, UN-Habitat, and UNODC, the HAYA Joint Programme seeks to support national stakeholders to eliminate violence against women and girls in the West Bank and Gaza Strip. Through the HAYA Joint Programme, the United Nations Office on Drugs and Crime (UNODC) is working with media professionals in the West Bank and Gaza Strip to ensure media reporting on violence against women is respectful of survivors’ fundamental human rights, conducted in a non-discriminatory manner, and highlighting survivors’ stories as advocates for positive change. UN Women is also working with media university students to raise their awareness on gender-based violence and how to produce gender-sensitive materials and reports in the West Bank and the Gaza Strip.

Journalist and lecturer Said Abu Muallah, from the West Bank city of Jenin, states that there is often a culture of concealment, a complex familial community, and religious interpretations in Palestinian media coverage that can perpetuate “so-called” traditional discourse which justifies violence against women. This is coupled with ambiguity among some journalists around women’s rights and domestic violence.

Journalist Hedaya Shamun, Chair of the Board of Directors of the Community Media Center at Berzeit University, agrees and stresses that more cultural and gender-sensitive dialogue is needed in the coverage of these stories. “The most prominent challenges are the return to the traditional thinking of many social groups. There is also a frightening complicity through collective silence for those who are killed or subjected to violence.”

Mr. Muallah stressed that these individual stories are indicative of a general situation in society, one in which media shares the responsibility to reflect. “Media should be a platform to present women’s issues and defend their rights.”

Since 2019, UNODC in partnership with the Media Development Center at the Bir Zeit University and the Ministry of Women’s Affairs Media Network, have trained 167 media professionals and journalists from 17 media outlets on the importance of ethical and non-discriminatory reporting on gender justice and ending violence against women. These trainings have also increased knowledge on the public services available to prevent and respond to violence against women when reporting on cases of violence and advocated for better services for victims and survivors of violence.

Presenting at the training, Mr. Muallah referred to the ethics and standards needed when reporting on violence against women and girls and the media’s responsibility in making their voices heard. “The media should adopt a courageous attitude towards violence against women. I think the impact of this training will be greater awareness and hopefully after that, a greater change in society. Media is an essential part of this change.”

Strengthening the role of media professionals in responding and reporting on violence against women enables the voices and messages of survivors to be heard. Efforts such as these are another step forward towards real change and closer to achieving the Sustainable Development Goal (SDG) 5 of the 2030 Sustainable Development Agenda, to “Achieve gender equality and empower all women and girls”. For more information: To learn more, please see the Gender-Based Violence Service Directory and read about the HAYA Joint Programme here.

Funded by the Government of Canada and jointly implemented by UN Women, UNFPA, UN-Habitat, and UNODC, the HAYA Joint Programme seeks to end violence against women and girls through various outreach and awareness-raising activities, to increase access to necessary services for survivors of violence, as well as to strengthen the institutional capacity of government officials to develop and implement legal and policy frameworks promoting and protecting women’s and girls’ rights to live free from violence.