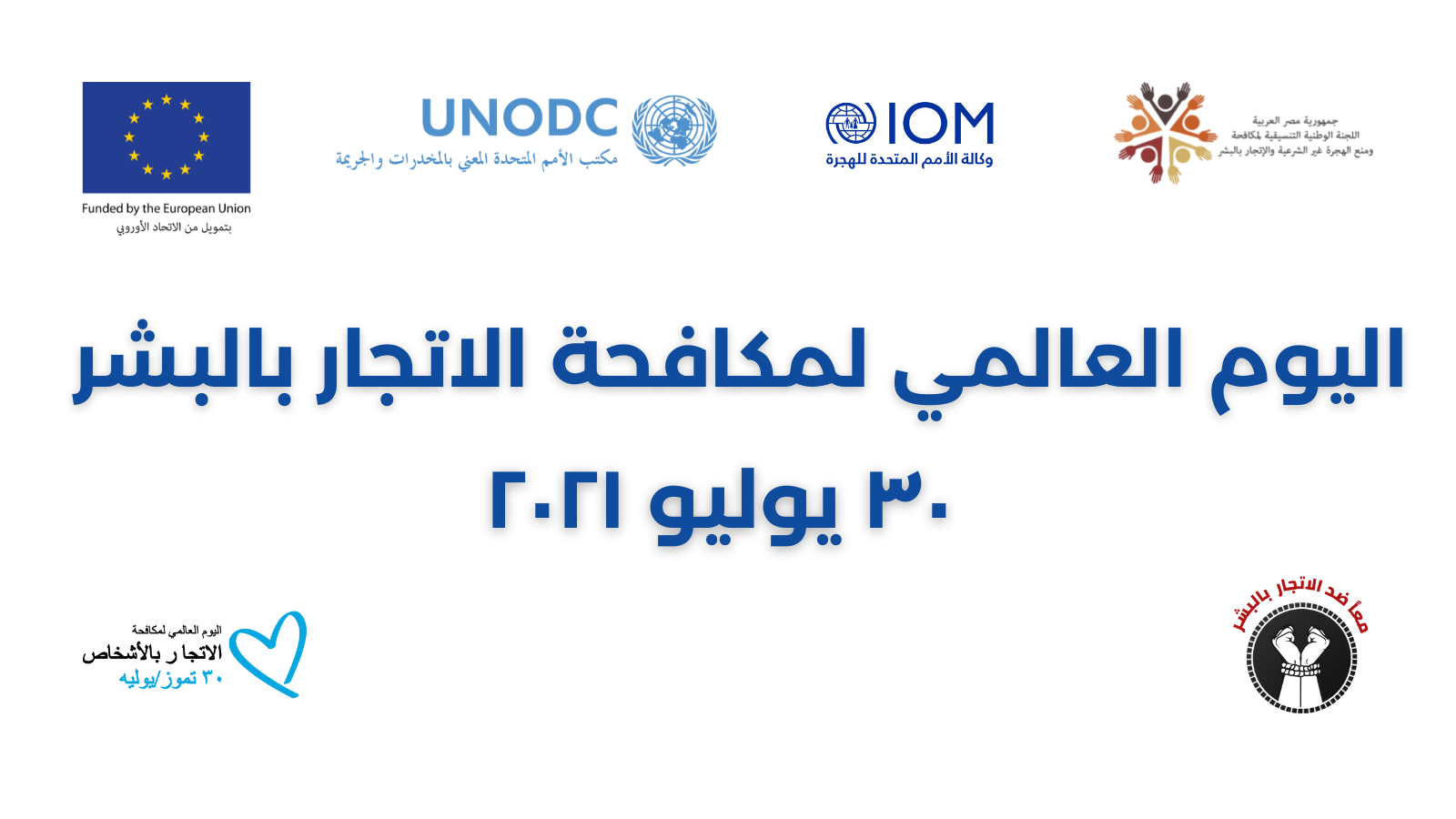 Every year the entire world commemorates the World Day against Trafficking in Persons on the 30th of July as a reminder of the crucial role we should continue to play in raising awareness on this crime and its forms, in preventing it from taking place and protecting the vulnerable populations from falling prey to criminal groups, in supporting victims of trafficking in persons, and in prosecuting offenders and bringing them to justice. This year the day comes at a time when all countries and communities including Egypt are confronting challenges brought about by the COVID-19 pandemic. The pandemic has affected the lives of men and women, adults and children from diverse backgrounds and with the deterioration of the economic conditions, their vulnerability to being trafficked has increased.

Ambassador Naela Gabr, Chairperson of the National Coordinating Committee for Combating and Preventing Illegal Migration and Trafficking in Persons (NCCPIM&TIP), stated that “The Government of Egypt adopted a victim-centered approach since 2007 with a central tenet of victims and witness protection. For the second year, we are marking World TiP Day while we are facing the COVID-19 pandemic that has a major negative effect, especially for the most vulnerable groups. This year Egypt is proud of establishing the new protection system for the victims, as the government deeply believes that empowering the victims is a cornerstone in our national route map to eradicate this inhuman crime.”

Mr. Laurent De Boeck, IOM’s Egypt Chief of Mission stated that “This year, at the occasion of the World Day against Trafficking in Persons, the International Organization for Migration (IOM) Egypt pays a special tribute to those government officials, non-governmental social workers, the media, private businesses, United Nations staff, and community leaders, who actively promote the end of violence against children. Over 25% of the victims of trafficking worldwide are children, with over 60% of those are girls. More particularly, IOM wants to reiterate its solidarity with all girls and boys’ victims of this horrible crime, as well as all first-responders who provide protection, in order to leave no one behind. It is only together, whole-of-the-society, that we may put an end to this abuse against innocent children.”

This year, the National Coordinating Committee for Combating and Preventing Illegal Migration and Trafficking in Persons (NCCPIM&TIP), the United Nations Office on Drugs and Crime (UNODC), the International Organization for Migration (IOM) and the European Union (EU) have partnered to reinforce our sense of shared responsibility for the protection of victims of trafficking in persons by a video featuring statements of His Excellency the Prime Minister of the Arab Republic of Egypt, the Public Prosecutor, the Minister of Foreign Affairs, the Minister of Social Solidarity, the Chairperson of NCCPIM&TIP, NCCM Secretary-General, UNODC Regional Representative, IOM Chief of Mission, and the Head of the European Union Delegation to Egypt.

Ambassador Christian Berger, Head of the European Union Delegation to the Arab Republic of Egypt stated that “The European Union works closely with governments and partners to protect the most vulnerable. The Covid-19 pandemic has unfortunately created more vulnerabilities, which carries a risk for an increase in trafficking in human beings. The European Union partnership with the Government of Egypt, the United Nations Office on Drugs and Crime (UNODC) and the International Organization for Migration (IOM) is key to the global efforts to prevent trafficking in human beings. This is also in line with the EU Strategy on Combatting Trafficking in Human Beings 2021-2025.”

Towards commemorating this important day, the Cairo Nile Tower will be lit in blue with the slogan of the National Anti-Human Trafficking Campaign to demonstrate our commitment towards fighting this crime and standing together with the victims of trafficking in persons. In addition, NCCPIM&TIP will launch an SMS campaign urging the citizen to report the crime through the trafficking-specific hotlines.