24 April 2018-  Meeting held in Vienna with the aim to highlight the importance of UNODC - European Union cooperation and continuous political support from CRIMJUST participating countries in Latin America and the Caribbean. 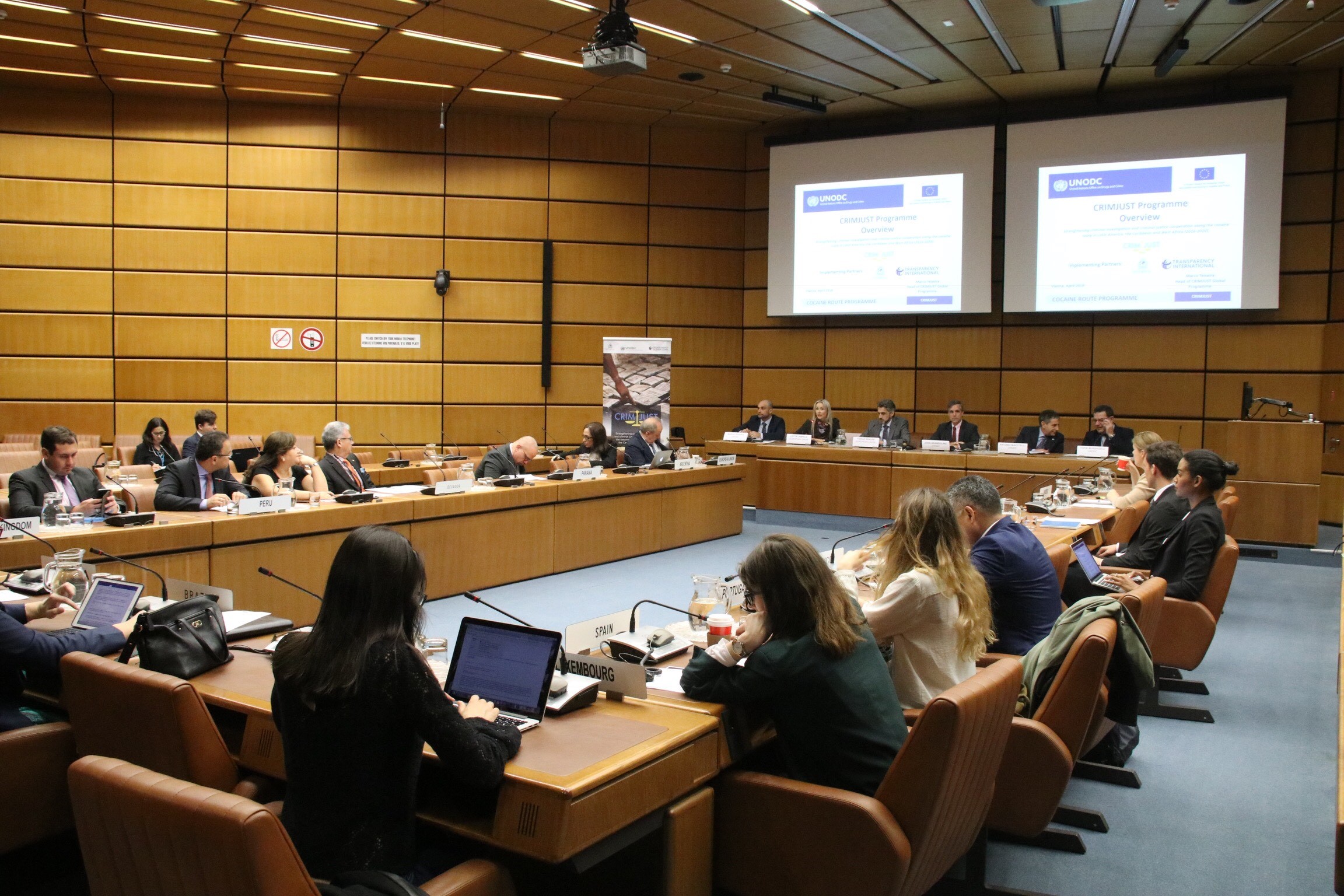 In order to present the achievements and impact made in Latin American beneficiary (Dominican Republic and Panama) and associated countries (Argentina, Brazil, Colombia, Ecuador, and Peru); and acknowledge the financial support of the European Union to CRIMJUST participating countries, on Tuesday 24 April CRIMJUST held Programme Implementation Briefing.

The meeting was opened by John Brandolino, UNOD Director of the Division for Treaty Affairs, who mentioned CRIMJUST global, regional and national potential to improve the capacities of the criminal justice sector to tackle drug trafficking.

Moreover, Antonio Mazzitelli, Head of the Regional Section for Latin America and the Caribbean (UNODC), emphasized CRIMJUST efficiency aligning actions towards countries priority areas based on the global dimension of the work of UNODC.

The positive responses and strong commitment in fostering future cooperation reassured the importance of the work done by CRIMJUST, which was recognized as a key element and point of synergy to tackle organized crime and drug trafficking in the region.

As CRIMJUST participating countries expressed their continuous support, the Programme will keep going forward while focus on post seizure investigations, with special focus in interregional cooperation. As Tofik Murshudlu, Chief of Implementation Support Section (UNODC) concluded, CRIMJUST will continue to promote national, regional and interregional activities, to ensure the cross-fertilization of experiences among countries.

In the closing remarks, the Head of UN Section representing the Delegation of the European Union to the International Organisations in Vienna, Tobias Krause, acknowledged the support of CRIMJUST participating countries to the continuous implementation of the programme and encouraged to address the challenge of regional and trans-regional cooperation along the cocaine route by supporting anti-money laundering activities and improving the exchange of information, analysis and intelligence.