COP9: CRIMJUST jointly with Brazil held a side event on transnational expansion of criminal drug organizations 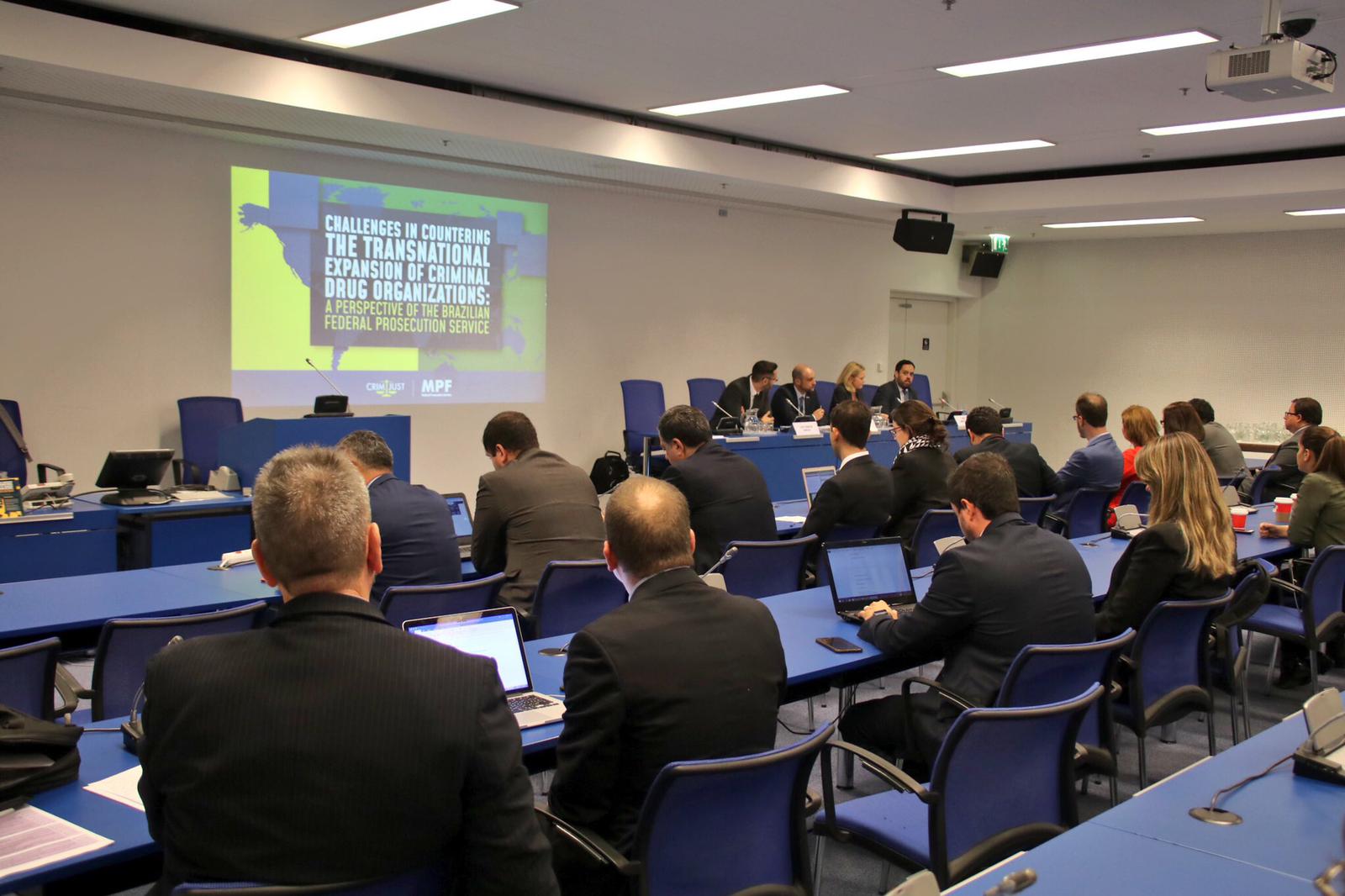 Acknowledging that regional cooperation is vital in the fight against emerging criminal organizations, the Government of Brazil, together with CRIMJUST, organized a side event on challenges in countering transnational expansion of criminal drug organizations. The main objective of the meeting focused on presenting and discussing strategies to tackle the transnational expansion of criminal groups and identifying respective results and difficulties. In addition, the side event aimed at advancing the establishment of working groups for coordinated action among prosecutors that work in border areas.

During the side event, CRIMJUST outlined the regional expansion of Brazilian criminal groups, highlighting the growing ties between those groups and drug production sources in South America, which indicates that organized crime groups want to establish hegemony in drug trafficking by expanding along Latin America. Furthermore, group rivalry and resulting fights over territory need to be considered as an additional security problem, challenging the ways of engagement against organized crime. Regarding effective strategies to counter the internationalization of illicit activities, CRIMJUST Global Programme Coordinator, Marco Teixeira, highlighted the importance of promoting and strengthening cooperation in judicial and criminal justice by exchanging good practices and establishing joint operations, among others.

Moreover, representatives of Brazil's Federal Prosecution Service gave an overview on implemented actions aiming at exchanging information and direct contacts between border authorities and prosecutors, emphasizing that country participation in international forums, programs, and networks linked to the fight against organized crime and drug trafficking is crucial to counter transnational threats. Furthermore, a representative from the Ministry of Security of Argentina promoted simultaneous investigations in strategic fields and creating a network of regional partners to improve cooperation against transnational organized crime.

As cooperation remains a key element to address the current challenges, UNODC, under the framework of CRIMJUST, continuously strengthens mechanisms to promote concrete strategies and future steps to establish a structure against transnational organized crime including regional working groups and future interregional cooperation.