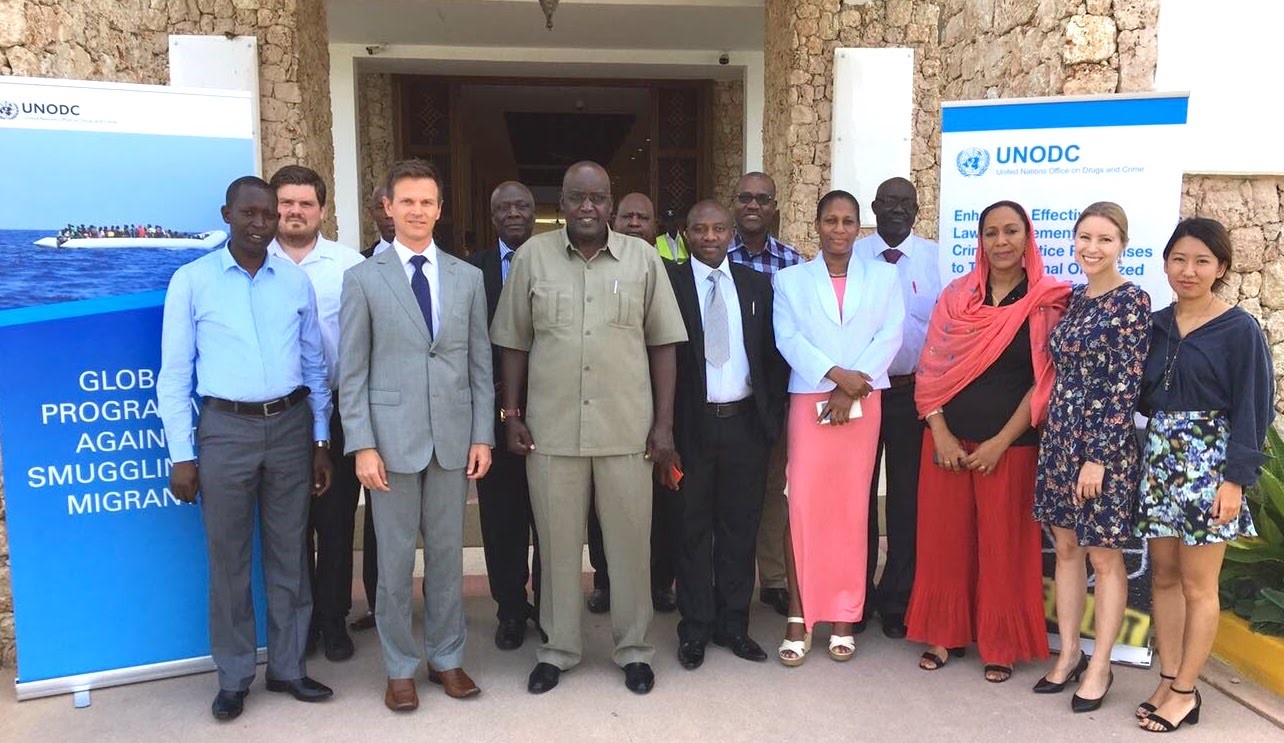 Irregular migration touches all countries of Eastern Africa to a certain extent, whether they are source, transit or destination countries for irregular migrants. Many of them resort to the services of smugglers, who make large financial benefits, use corruption for their business, and very often endanger the security and otherwise violate the rights of the smuggled migrants. However, at present, regional initiatives on preventing and countering migrant smuggling are still scarce and there is a real need for a joint, coordinated action in Eastern Africa.

It is in this context that UNODC facilitated a Regional Expert Working Group Meeting in cooperation with INTERPOL Regional Bureau Nairobi from 13 to 15 December in Mombasa, Kenya, to improve and harmonize regional coordination and cooperation in preventing and combating migrant smuggling, while protecting the rights of smuggled migrants. The workshop was attended by experts from Eastern Africa Member States, the East African Community (EAC), INTERPOL and UNODC.

After several sessions providing the framework on migrant smuggling, presented by Johan Kruger and Tiphanie Crittin of UNODC, Member States offered country inputs, while INTERPOL presented an overview of challenges and lessons learnt in combatting and preventing migrant smuggling in the region. Working group sessions then enabled participants to exchange in depth on establishing a Regional Plan of Action to counter Smuggling of Migrants in Eastern Africa, with the facilitation of UNODC and INTERPOL.

An important outcome of the meeting was the elaboration of a first version of a Regional Plan of Action for Eastern Africa to counter migrant smuggling, which should be further discussed in upcoming regional fora before a formal adoption in the coming year. This initiative was particularly relevant in the context of the start of the Better Migration Management Project (BMM), an EU-funded project implemented inter alia by UNODC that aims to improve migration management in and from the Horn of Africa, and in particular address human trafficking and migrant smuggling.

This activity was held within the overall framework of UNODC's Global Programme against Smuggling of Migrants and under the Regional Programme for Eastern Africa (2016-2021).