The United Nations Office on Drugs and Crime (UNODC) is providing support to the government of the Republic of Maldives in its efforts to develop a new legal instrument to prevent and combat the smuggling of migrants, led by the Ministry of Economic Development. 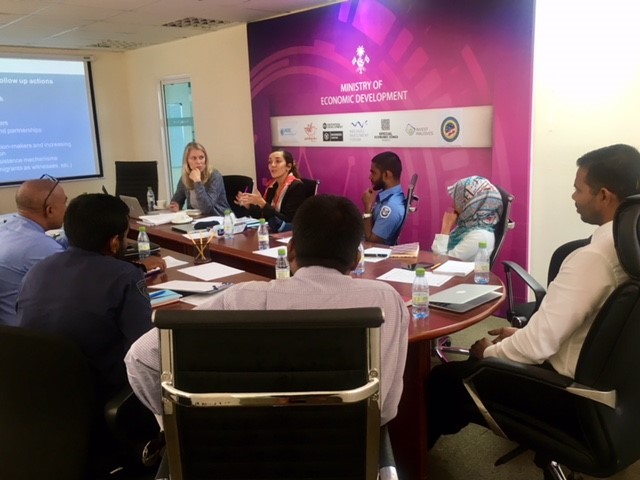 The Republic of the Maldives is a transit country for migrants from the Middle East, South and West Asia, as well as Sub-Saharan Africa en route to Europe. Maldives is also a destination country for migrant workers mostly from South and Southeast Asia. Anti-human trafficking legislation was passed in the Maldives in 2013 but the absence of specific legislation on migrant smuggling has made it difficult to classify cases, which exhibit elements of both crimes. Following a needs assessment exercise undertaken in August 2017, UNODC designed a legislative support package aimed to equip the Maldives with an advanced legal instrument to prevent and combat the smuggling of migrants, funded by the U.S. Bureau of International Narcotics and Law Enforcement Affairs (INL) and implemented by the UNODC Global Programme against the Smuggling of Migrants.

A legislative drafting workshop was hosted by the Ministry of Economic Development on 3-4 December 2017 in Malé with participation of experts from the Office of the Attorney General, Office of the Prosecutor General, Maldives' Immigration, Labour Relations Authority, Maldives Police Service, and the Human Rights Commission of the Maldives. 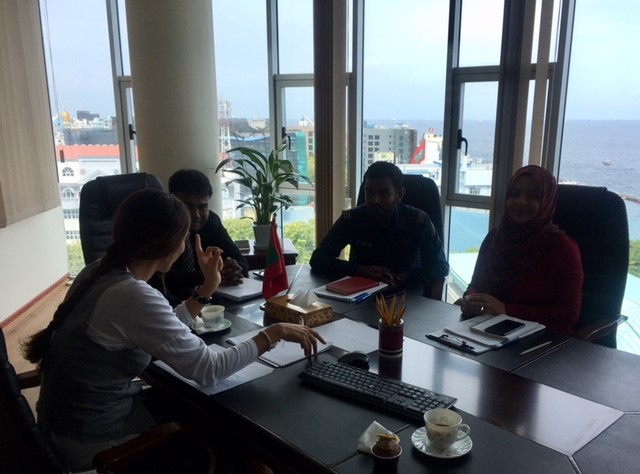 During the workshop practitioners analyzed and discussed legal recommendations prepared by UNODC using a range of its specialized tools, such as the Model Law against the Smuggling of Migrants , as well as the latest UNODC Issue Paper on the Con cept of "Financial Or Other Material Benefit in the Smuggling of Migrants Protocol". In ensuring the most up to date techniques were used, legislative innovations were introduced into the draft based on the latest migrant smuggling case law examples from all over the world, made available by UNODC through its Smuggling of Migrants Case Law Database. After a series of finalizing consultations, the draft bill was officially presented by UNODC to the Maldives' Minister of Economic Development in January 2018 .

As the guardian of the United Nations Convention against Transnational Organized Crime (UNTOC) and its supplementary protocols, UNODC's primary goal is to promote global adherence to the Smuggling of Migrants Protocol and assist States in their efforts to effectively implement it. Enabling this new legislation in the Maldives would not only support promotion of the implementation of the UNTOC, and its Protocol against the Smuggling of Migrants by Land, Air and Sea, but will also enhance regional and international harmonization efforts to prevent and combat the smuggling of migrants.