The TRACK4TIP initiative in Brazil, supported the Special Mobile Inspection Group (GEFM; acronym in Portuguese) to combat human trafficking and slave labor by facilitating their access to UNODCs online eLearning courses. UNODC’s online platform delivers trainings on international security threats such as transnational organized crime, terrorism, illicit drugs, trafficking in persons and smuggling of migrants, wildlife and forest crime, cybercrime as well as provide training on border control, intelligence analysis, gender issues, anticorruption, HIV/AIDS and human rights. These courses, developed by leading international experts, enable law enforcement officers and other professionals to expand their knowledge and stay up to date with the international community's fight against organized crime in line with United Nations standards and norms and other relevant international instruments.

Since March 2020, operations of the Special Mobile Inspection Group to combat slave labor were suspended considering COVID-19 restrictions at national level postponing operations should impact the number of workers rescued from human trafficking and slave labor this year and number of cases presented to the justice system. 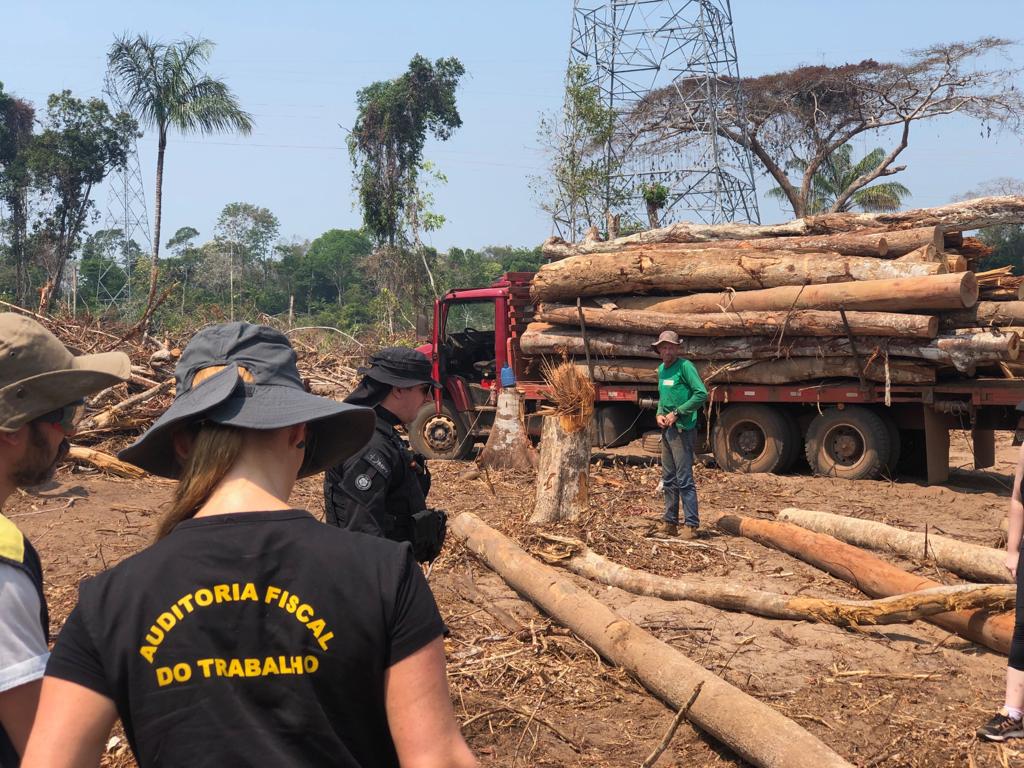 Considering the suspension of operations, the Special Mobile Inspection Group has focused on capacity building in order to stay up to date and expand their knowledge, which may benefit future actions and operations. New challenges such as combating trafficking in persons for forced labor among migration flows have created the need to improve policy responses that better protect victims and potential victims.

According to the Head of the Inspection Division for the Eradication of Slave Labor (Detrae), Maurício Krepsky Fagundes, “The Mobile Group's operations have been suspended in this pandemic period, in compliance with the authorities' orders the training offered by UNODC will contribute to an even more qualified performance by the Mobile Group on its return.”

In Brazil, Human rights groups estimate that thousands of people work in slave-like conditions on farms, sugar cane plantations, and cattle ranches across Brazil´s remote and jungle locations, as well as urban factories and construction sites. In urban areas, many of the victims of forced labor are irregular migrants working in sweatshops. In addition, irregular migrants often distrust or even resist the protective intervention of public agents. It is not uncommon for these workers to declare their intention to remain in the same situation. Many are unaware of the Brazilian legislation and combined with the social and economic vulnerability in which they find themselves, they are exposed to re-victimization.

TRACK4TIP initiative is a three-year (2019-2022), USD 3 million initiative by the United Nations Office on Drugs and Crime (UNODC) and supported by the United States Department of State. The project is being implemented and reaches eight countries across South America and the Caribbean with actions at national and regional level among Ecuador, Peru, Brazil, Colombia, the Dominican Republic, Trinidad and Tobago, Curacao and Aruba. The overall objective of the project is to enhance the regional criminal justice response to human trafficking among migration flows within the beneficiary countries following a victim-centered and multidisciplinary approach working at the regional and local levels to identify, prevent and prosecute cases.