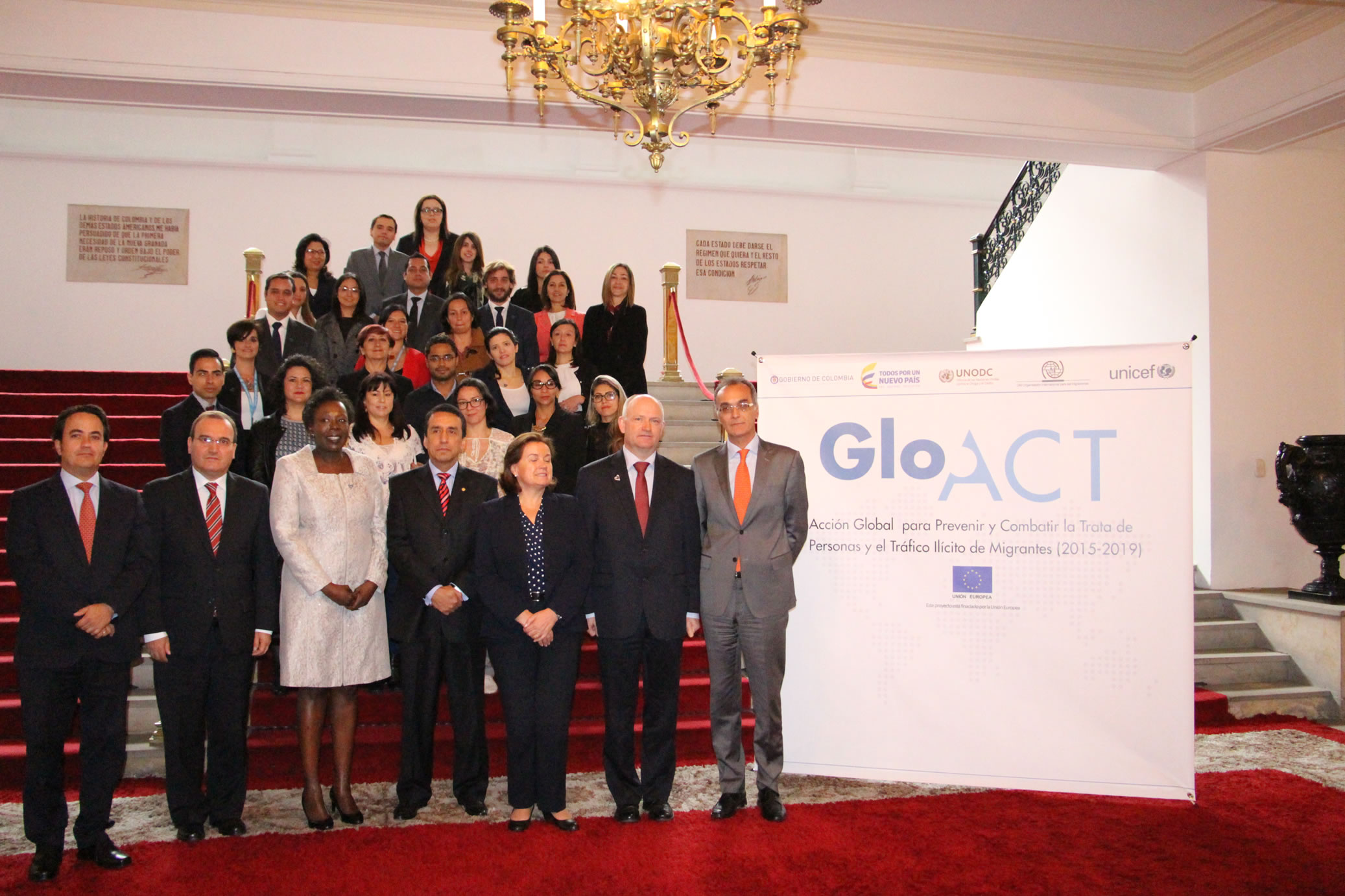 Bogota, Colombia - 27 February 2017 - In order to strengthen national capacities to respond effectively to the crimes of trafficking in persons (TiP) and smuggling of migrants (SoM), the Government of Colombia and UNODC launched GLO.ACT, the Global Action to Prevent and Address Trafficking in Persons and the Smuggling of Migrants in the South American country. 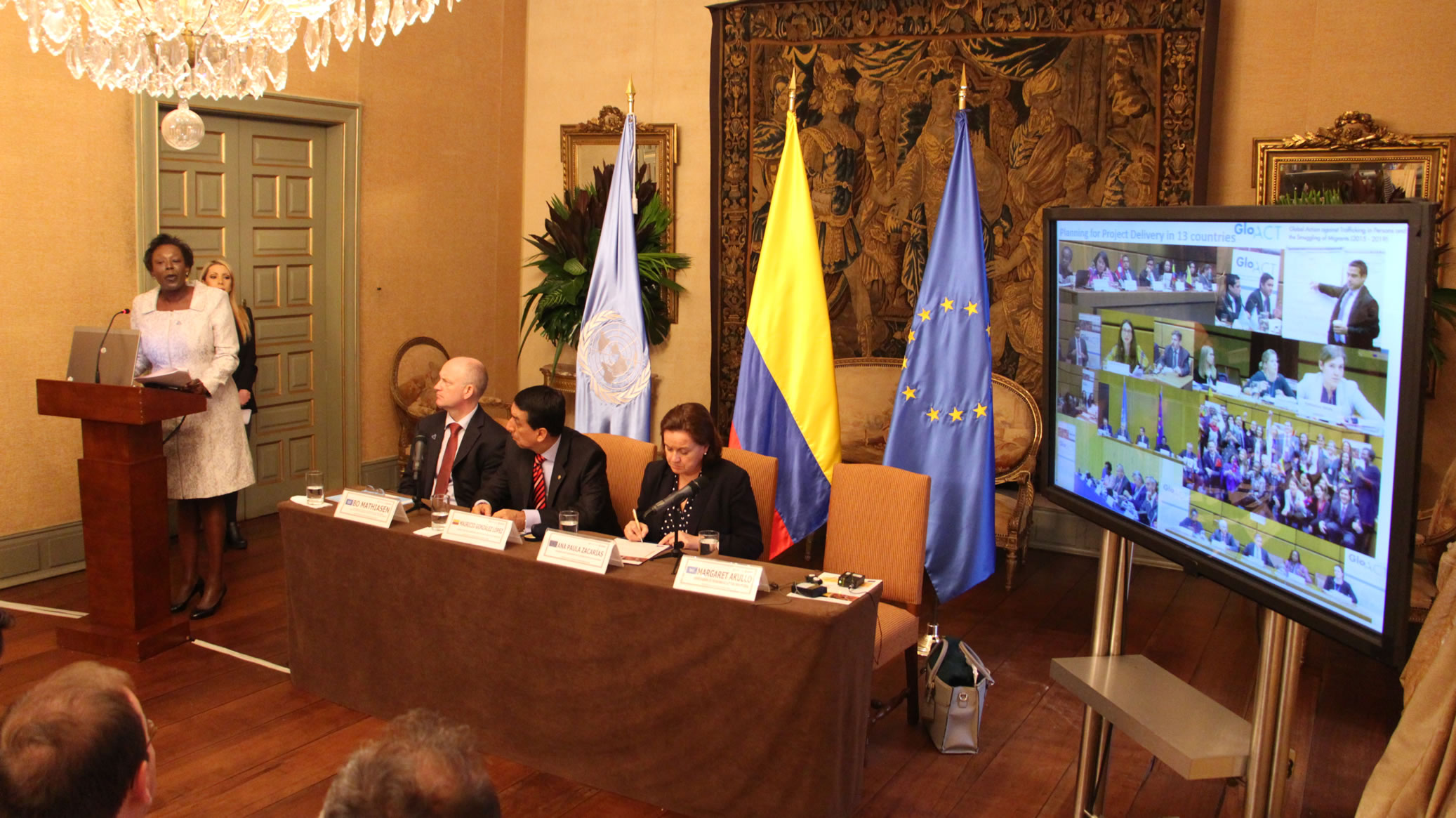 Over the next three years, GLO.ACT will implement activities in the areas of assistance and protection to victims and vulnerable people, as well as in prevention, investigation and prosecution of the two offences of trafficking and smuggling. GLO.ACT aims to prevent and address the two crimes within 13 strategically selected countries from across the globe, and Colombia is the latest to join in this effort.

During the launch, Mauricio Gonzalez, Director of Multilateral Political Affairs of theMinistry of Foreign Affairs, reiterated the unwavering commitment of the Colombian government to address these crimes which have resulted in many human rights violations.  Mr. Gonzalez emphasized that it is important to strengthen the capacities of countries through an integral approach and GLO.ACT was an example of such an approach.

The Ambassador of the European Union in Colombia, Ana Paula Zacarias emphasized that "GLO.ACT constitutes an important element of our response to TiP and SoM. We know that it is difficult, but we are also proud to be supporting 13 beneficiary countries, including Colombia, to address the common challenges that we as an international community face".

Speaking on behalf of UNODC, IOM and UNICEF, Bo Mathiasen, Representative of UNODC in Colombia, added that "the three UN agencies are seeking to strengthen the capacities of the 13 GLO.ACT countries including through cooperation and exchange of good practice which will result in a joint response at a global, regional and country level".

The Project Coordinator, Margaret Akullo, provided an 18-month update on project delivery across the globe.

GLO.ACT presented a snapshot of the participant countries' response to TiP and SoM, with a set of recommendations to their 13 governments.  Ms. Akullo stated that "GLO.ACT is a vehicle with promise and potential intended to make a positive impact in these countries."

Also present at the launch was the Representative of UNICEF, Roberto Di Bernardi, the IOM Chief of Mission, Alejandro Guidi, the Director of Immigration Colombia, Christian Kruger Sarmiento, as well as representatives of Government entities, academia and civil society.

GLO.ACT is a global joint initiative from UNODC and the European Union, being delivered in partnership with the International Organization for Migration (IOM) and the United Nations Children's Fund (UNICEF).