GLO.ACT delivers workshop on human trafficking and migrant smuggling to diplomatic and consular personnel soon to be deployed aboard 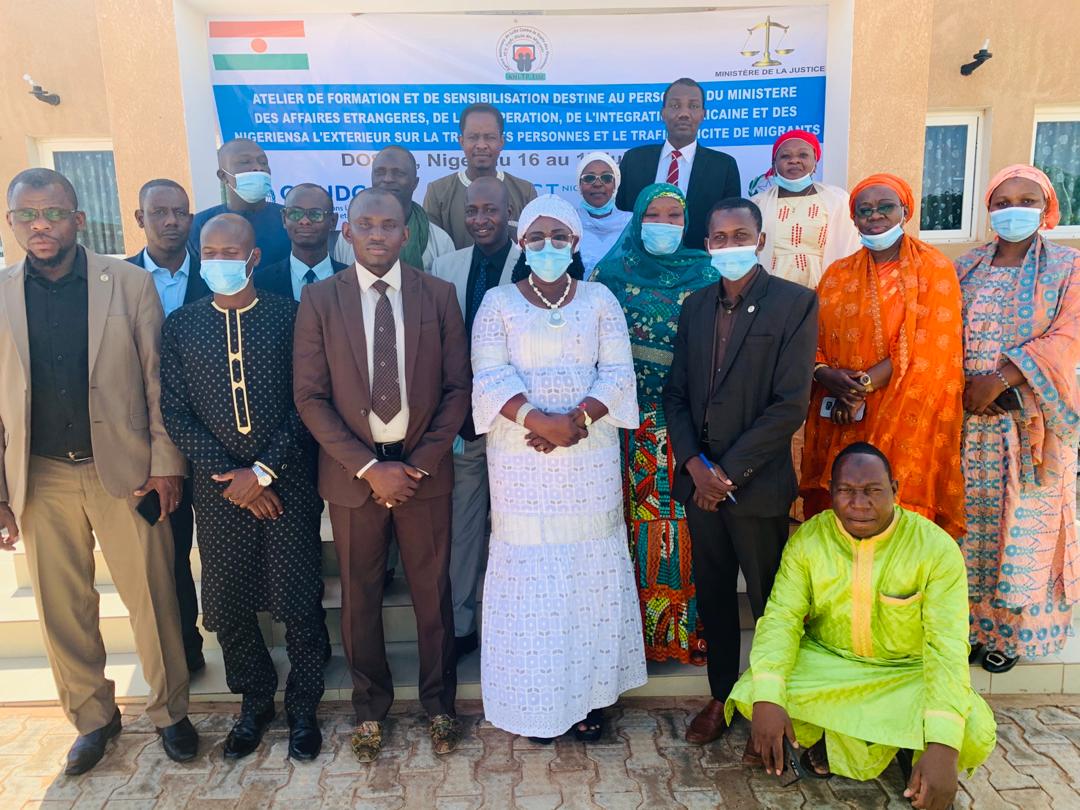 The workshop was opened by the Director General of ANLTP/TIM, Gogé Maimouna Gazibo in the presence of the President of the High Court of Dosso, Mamadou Abari. In her speech, Ms. Gazibo thanked UNODC and in particular GLO.ACT, for its important support in building the capacities of government officials in the domain of TIP and SOM.

On the first day, ANLTP/TIM and the GLO.ACT team gave a presentation on TIP and SOM and the main differences between the two crimes as well as on the legal and institutional frameworks needed to combat TIP and SOM. The day also included sessions on victim identification. On the second day, the training focused on the role of diplomatic and consular representations in assisting and protecting victims of trafficking and smuggled migrants, and the importance of strengthening international cooperation in the fight against TIP and SOM. Training sessions included working through several cases studies, enabling exchanges to promote information sharing and trust building exercises.

ANLTP/TIM and GLO.ACT were delighted with the positive engagement of the participants in the training and their active contribution to the discussions and the practical cases studies.  More than half of the participants will soon be deployed as part of the diplomatic and consular representations of Niger abroad. Looking ahead, the GLO.ACT team is planning to organize a second training for diplomatic and consular representatives of foreign countries in Niger on TIP and SOM case management, in order to increase their knowledge and understanding of the two crimes and become familiar with operational means to better deal with TIP and SOM cases.