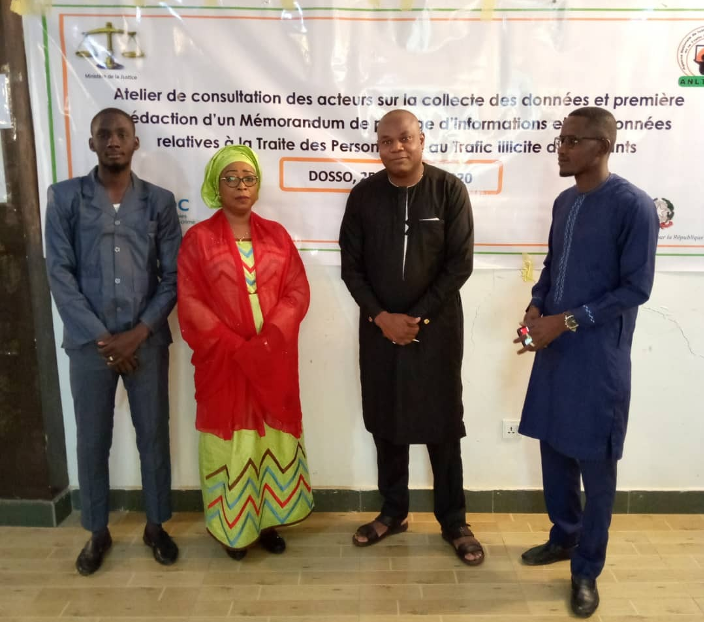 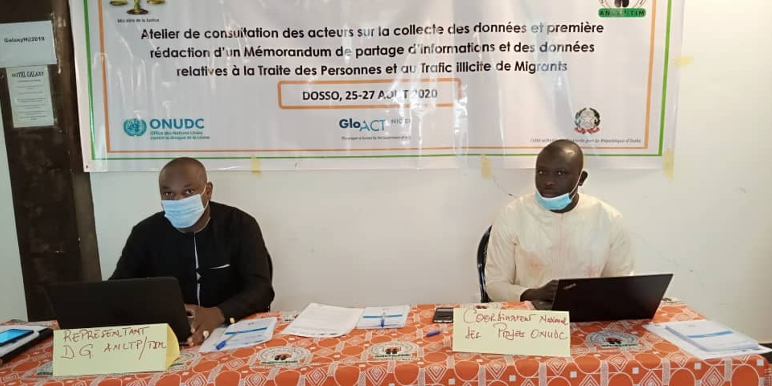 The objective of the workshop was twofold:

Opening the consultation workshop, Ehadji Idi Hama, Head of the Administration and Training Department at ANLTP/TIM thanked UNODC for its continued support to the ANLTP/TIM in the fight against TIP and SOM. He also highlighted the importance of actively participating in the discussion on variables and indicators as well as in the elaboration of the MoU, as they both represent fundamental steps in the development of an operational data collection system in accordance with international standards.

On the first day, ANLTP/TIM and GLO.ACT gave a presentation on TIP and SOM and the main differences between the two crimes, as well as on data collection, the definition of technical components and its implications in TIP and SOM cases. The second day focused on the assessment of the capacities of national institutions to collect and share data as well as on the discussions, accompanied by practical case studies, on variables and indicators on TIP and SOM to be included in the data collection system. During the last day, the new data collection tool was revised and validated, and participants worked together on the validation of the MoU on data and information sharing.

ANLTP/TIM and GLO.ACT appreciated with the positive engagement of all relevant stakeholders and their interest to support the Government of Niger in the development of a national system for the data collection, monitoring and reporting on TIP and SOM.

Looking ahead, two meetings with international organizations playing the role of observers in the process, such as IOM, UNHCR, ILO, Frontex and EUCAP Sahel and with the members of the National Commission for the Coordination of the Fight against Trafficking in Persons and Smuggling of Migrants (CNCLTP/TIM) respectively will be organized in September in Niamey to present the results of the consultation workshop and give them the opportunity to provide inputs to both the data collection system and the MoU.