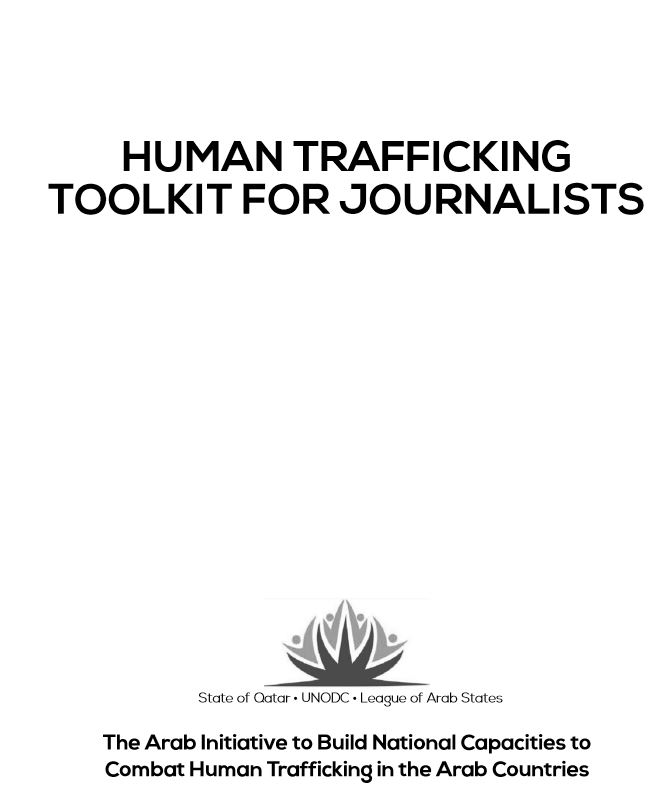 UNODC Office for the Gulf Cooperation Council Region (OGCCR) has launched the "Human Trafficking Toolkit for Journalists" to empower the media to tell the story of modern-day slavery. The toolkit focuses on the Arab region, a region where challenges related to data availability, as well as the complicated nature of migration flows and labour markets, renders reporting on and analysing human trafficking issues a more difficult task.

The toolkit was conceived as an easy-to-use manual to provide journalists with the basic tools to cover human trafficking in an ethical and comprehensive manner. The text has seven different sections including an overview of human trafficking in the Middle East and a list of resources for those who want to deepen their understanding of the issues. Each section was designed to inspire dialogue and reflections, and to be the seed for new knowledge.

" The toolkit aims to be the beginning of many stories that need to be urgently told," said Hatem ALY, Representative of the UNODC OGCCR. " We hope it becomes a reference in newsrooms and a guide for professional journalists and media students in the region".

The toolkit was published under the "Arab Initiative to Build National Capacities to Combat Human Trafficking in the Arab Countries", established in 2012. Since the launch of the Initiative, UNODC has been activating national and regional first responders including networks of journalists, human trafficking experts, law enforcement officials and labour authorities around the region.