Migrant smuggling is a transnational crime that has been expanding significantly in the past few years affecting an increasing number of countries. Intelligence indicates that most flows directed towards the EU transiting through the Western Balkans are managed by organized criminal groups. Criminal networks vary in size: regional and smaller networks operate autonomously and rely on freelancers who act as drivers, recruiters, document falsifiers or organizers. 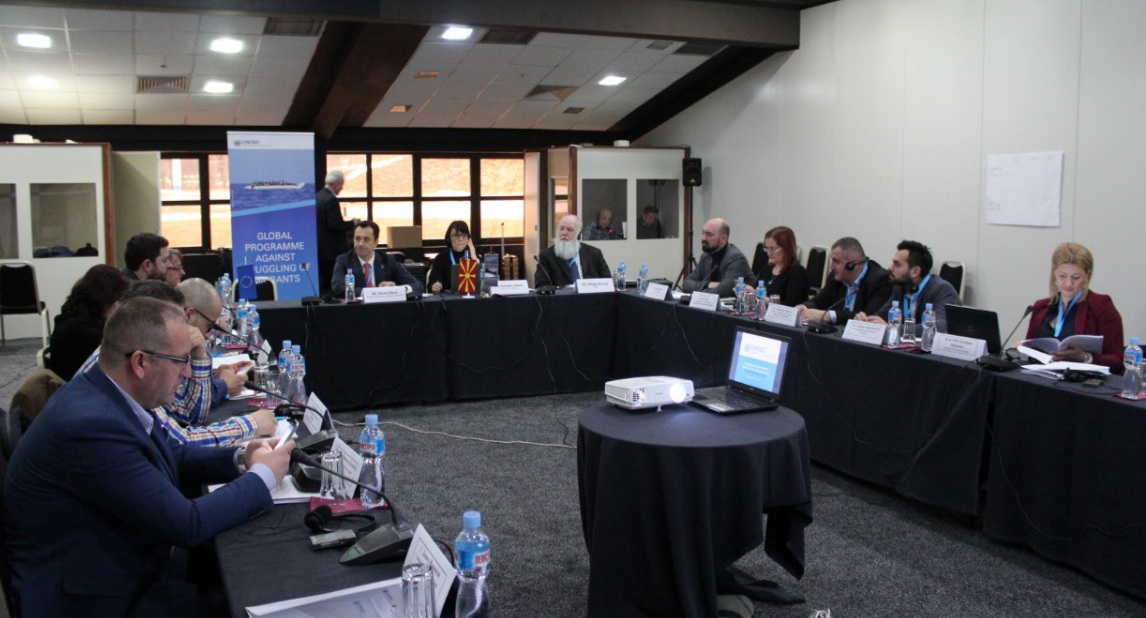 While pressure on the borders has considerably diminished after the entry into force of the EU-Turkey Statement in March 2016, the use of the Western Balkan route for smuggling migrants has remained constant or has reportedly increased for certain groups.

The training of trainers (TOT) workshop on training delivery techniques was held in Mavrovo (The Former Yugoslav Republic of Macedonia) on 7-8 February 2018. The TOT is implemented within the context of developing a curriculum on the smuggling of migrants and was organized within the context of the project 'Strengthening the capacity to fight the smuggling of migrants (SOM) in South Eastern Europe', funded by U.S. Department of State and its Bureau of International Narcotics and Law Enforcement Affairs (INL) and implemented in Serbia and the Former Yugoslav Republic of Macedonia by UNODC. The project is implemented through the Global Programme against Smuggling of Migrants, in close cooperation with UNODC Programme Office in Serbia.

With this project, UNODC provides technical assistance to the Academy for Judges and Prosecutors "Pavel Shatev" to develop a multi-disciplinary training curriculum for the Former Yugoslav Republic of Macedonia on the smuggling of migrants, using interactive methodologies based on case law and e-learning modules. Through the project, customized training materials on SOM are being developed, pilot-tested and made available for multi-disciplinary target groups of practitioners from the criminal justice and protection sectors.

This first Train the Trainer (TOT) workshop was a stepping stone in the process of curriculum development: members of the multidisciplinary Expert Group, consisted of 12 experts as judges, prosecutors, law enforcement, academia and civil society, started working together to shape the contents of the training curriculum and discussed training methods, in line with the latest international training approaches in this field and the methodology of problem-oriented education.

The multi-disciplinary composition of the expert group is meant to facilitate a comprehensive process in terms of curriculum development and capacity building, taking into account the criminal justice and the protection aspects of the phenomenon. A follow up TOT with the Expert Group on substantive aspect of developing the curriculum on smuggling of migrants will be held in Skopje on 20-21 February 2018.