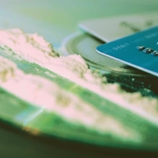 18 January 2011 - In what is a case of poetic justice, Peruvian authorities recently provided the UNODC Regional Office for Peru and Ecuador in Lima with a new office after seizing the building from one of the country's most notorious drug traffickers.

The premises were inaugurated by Minister of Foreign Affairs José Antonio Garcia Belaunde, Minister of the Interior Miguel Hidalgo Medina, Director of the Executive Office on Drug Control Patricia Lozada and UNODC Regional Representative for Peru and Ecuador Flavio Mirella.

Speaking at the opening, Mr. Bealunde highlighted the threats posed by drug trafficking, including the threat to citizen safety and security, increased corruption and weakened efficiency of public institutions.

The UNODC office in Peru has been working to combat the production, trafficking and consumption of illicit drugs. Since 1998, UNODC and the National Drug Control Commission of Peru have been undertaking a series of coca crop monitoring surveys in that country in order to better assess and guide the fight against the production of illicit drugs. UNODC has also been working to prevent the diversion of precursors (chemicals used to produce drugs) in the Latin American and Caribbean region by strengthening the capacities of national drug control authorities.

Safety and security also play a key factor in successfully reducing drug production. In this area, UNODC has been promoting stability by strengthening the capacities of Government and civil society in order to manage conflicts in coca-growing areas in Peru more effectively. With regard to data, UNODC has been spearheading a subregional project involving seven countries on drug abuse and data collection in schools and among the general population. The UNODC Regional Office for Peru and Ecuador also provides extensive training and advice to counter money-laundering.