Member States of the CND

The Economic and Social Council, in its resolution 1991/49, enlarged the membership of the Commission from 40 to 53 members, with the following distribution of seats among the regional groups:

(a) Eleven for African States;

(b) Eleven for Asian States;

(e) Fourteen for Western European and other States;

(f) One seat to rotate between the Asian, and the Latin American and Caribbean States every four years.

In accordance with Council resolution 845 (XXXII), and 1147 (XLI), members are elected (a) from among the States Members of the United Nations and members of the specialized agencies and the Parties to the Single Convention on Narcotic Drugs, 1961, (b) with due regard to the adequate representation of countries that are important producers of opium or coca leaves, of countries that are important in the field of the manufacture of narcotic drugs, and of countries in which drug addiction or the illicit traffic in narcotic drugs constitutes an important problem and (c) taking into account the principle of equitable geographical distribution.

Bureau of the CND at its 65th session

H.E. Mr. Ghislain D'HOOP of Belgium (Group of Western European and Other States)

Chair of the 65th session of the CND 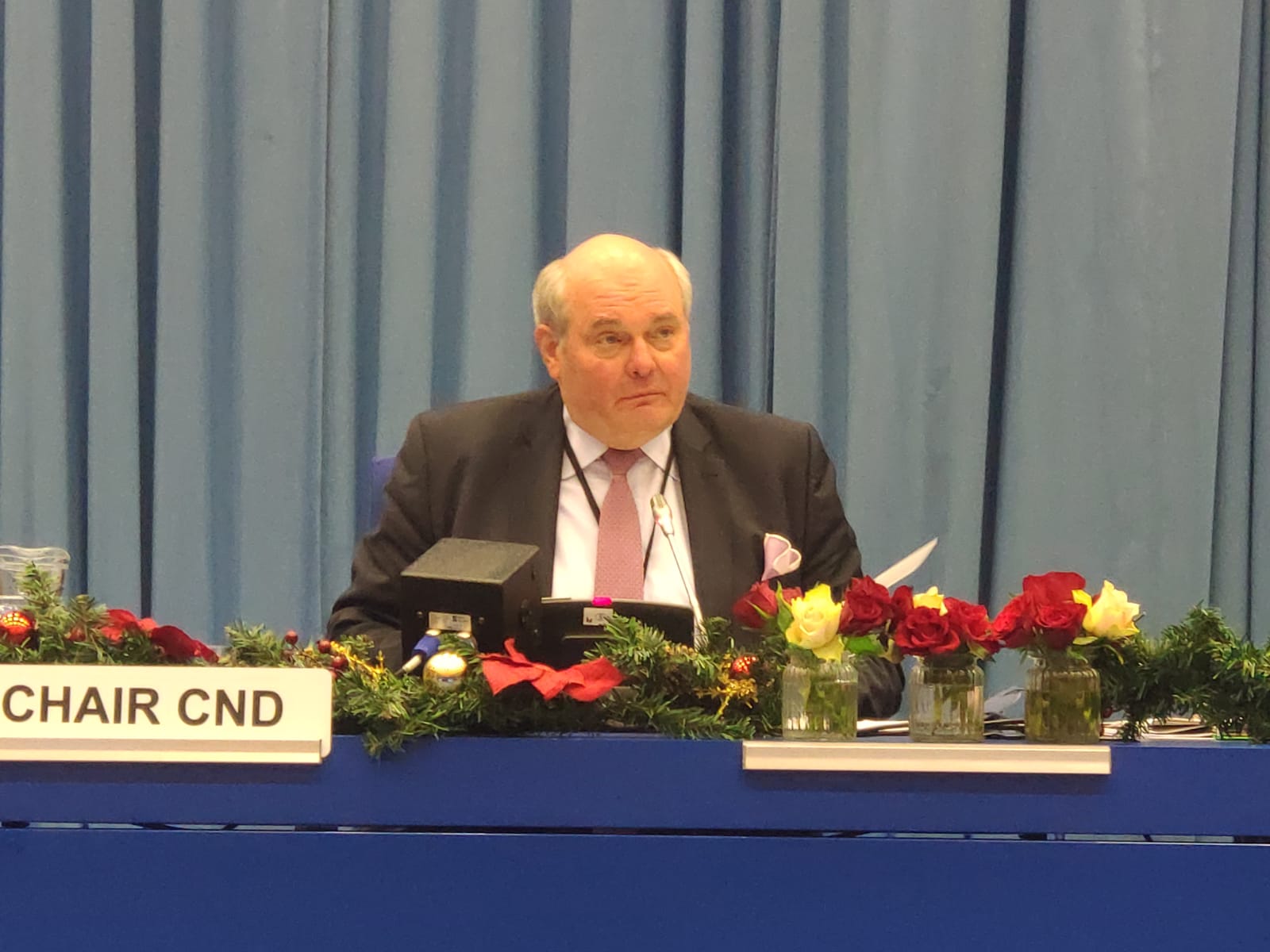