Death for 50 rupees: misuse of prescription drugs in South Asia 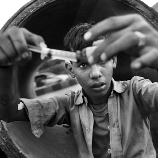 25 August 2011 - "I smoked heroin for a long, long time, but for two years now, I only inject. It's cheaper and somehow the same," said Darminder, his clothes and body marked by a life on the street, his eyes sad and tired from years of constant pharmaceutical drug abuse. A few hours later, the 17-year-old boy was dead. In an argument about money for more drugs, he was beaten and left to die in a dirty alley. 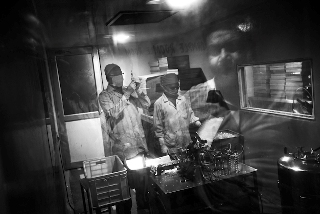 "Death for 50 rupees" is the title of freelance photographer Enrico Fabian's latest photographic series. His stark black-and-white photographs from Jahangirpuri, a settlement in New Delhi, India, stand witness to a grim reality - the growing use of narcotic and psychotropic prescription drugs by injecting drug users. Intended for use in the prevention, diagnosis and treatment of various diseases, pharmaceutical drugs may be procured over the counter without any restrictions or a physician's prescription. Some narcotic and psychotropic prescription drugs, for example opiate pain killers such as morphine and some anti-cancer drugs, are under stricter regulatory controls. 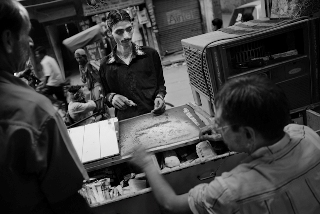 Enrico's photographs, however, show the devastating effects of prescription drug misuse. During the 11 months he spent interacting with injecting drug users in the Jahangirpuri settlement, he saw a number of young boys and men whose lives had been destroyed by the injection of prescription drugs, due to their easy availability from nearby pharmacies. "Purchasing these drugs is as easy as buying cough syrup at the supermarket," says Enrico. "The medicine, which shouldn't be given to anyone without a doctor's prescription, is sold at a price even the poor can afford. Vials of Buprenorphine, usually used to treat opioid addiction, Diazepam, also known as Valium, Avil and two disposable syringes can be bought for 50 rupees, a little less than US$ 1. Depending on the customer's relationship with the pharmacist, an additional strong antidepressant tablet or extra morphine may be handed out for free." 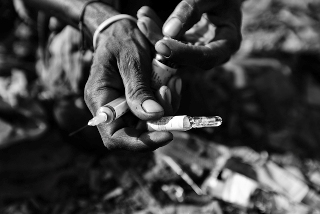 Easy access, affordability and the high purity of narcotic and psychotropic prescription drugs make them attractive substitutes for illicit substances among drug users. According to UNODC's recently released World Drug Report 2011, stable or downward trends for heroin and cocaine use in major regions of consumption worldwide are being offset by increases in the use of synthetic and prescription drugs. The non-medical use of prescription drugs such as synthetic opioids, tranquillizers, sedatives and stimulants is reportedly a growing health problem in a number of countries.

While high-risk injecting practices such as the sharing of contaminated equipment increases the risk of spreading infections like HIV and hepatitis C, injecting pharmaceuticals can also pose health hazards such as abscesses, tissue necrosis, gangrene and nerve paralysis. Another concern is the growing number of drug users who also use prescription drugs to enhance the effects of their illicit drug of choice. 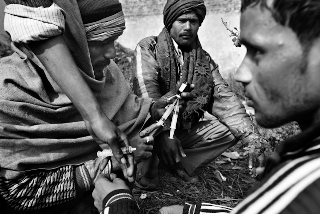 A complex problem with a multitude of factors, the misuse of narcotic and psychotropic prescription drugs demands a multifaceted and sensitive approach. Since the prescription drugs misused in much of South Asia are available largely through pharmacies, there is need for a greater awareness in the pharmaceutical industry of the possibility of misuse of these drugs. It is essential to encourage pharmacies to establish codes of conduct and enforce ethical practices and to impress upon them that selling prescription drugs over the counter is a criminal offence.

For smugglers, trafficking pharmaceuticals within South Asia is a lucrative business. The recent emergence of illegal websites hosted outside the region, offering an unregulated trade in a range of prescription-only medicines, is also a matter of serious concern. 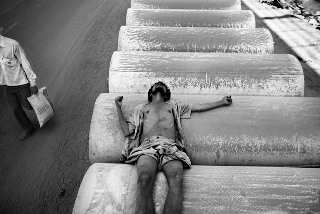 There is also a pressing need for more studies and surveys, and cooperation is required from policymakers, law enforcement officials, pharmacists, the pharmaceutical industry and drug treatment service providers to better understand the nature and extent of the problem so that it can be effectively tackled.

"The consequences of this irresponsible and shameless business are devastating," says Enrico. "Faces, once full of enthusiasm and vitality, slowly turn into lifeless masks trying to hide their unquenchable need for more. Among all the people trapped in this vicious circle of poverty, addiction, violence and lost dreams, 17-year-old Darminder's life took a very wrong turn. Like that of many others before him…and like that of many more to come."