AIRCOP is a multi-agency project implemented by UNODC in partnership with INTERPOL and the World Customs Organization (WCO). It aims at strengthening the capacities of international airports to target and intercept high-risk passengers, cargo and mail, as a contribution to the fight against illicit drugs and other illicit commodities (such as wildlife products or falsified medical products), terrorism-related threats (such as arms or potential foreign terrorist fighters), trafficking in persons and smuggling of migrants. It also aims at facilitating communication and coordination between origin, transit and destination countries to disrupt cross-border illicit flows and criminal networks.

AIRCOP is implemented in 41 airports in Africa, Latin America and the Caribbean, the Middle East, South-Eastern Europe and South-East Asia. 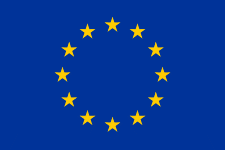 A project funded by the European Union under the Instrument contributing to Stability and Peace, within the Global Illicit Flows Programme.