UNODC head inaugurates centre of excellence in statistics in Mexico 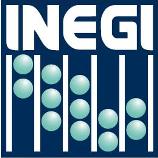 01 October 2011 - During a mission to Mexico, UNODC Executive Director Yury Fedotov has inaugurated a centre established to assist in the collection of data relating to public security and justice in that country. The Centre of Excellence for Crime Statistics on Governance, Victims of Crime, Public Security and Justice will develop field surveys, share knowledge in the area of crime statistics and organize an annual international conference on statistics. It will also help to upgrade the methods used to generate statistics and provide policymakers in the region with tools to address challenges relating to public security and justice. These necessary services will benefit not only Mexico but also other countries in Central America and the Caribbean.

"UNODC is proud to join hands with the National Institute of Statistics and Geography of Mexico (INEGI) to set up this centre of excellence," said Mr. Fedotov at the inauguration. "As criminal gangs and drug trafficking rings become more sophisticated in their quest to avoid detection and escape justice, we support the Mexican Government in strengthening and sharing data collection methods relating to governance, victims of crime, public security and justice so that it - and other countries - can better respond to these threats," he added.

The Executive Director also noted: "We must all remember that organized crime has become transnational and borderless; it is no longer a problem of just one country. Therefore, this centre of excellence will not only help to assist in the Government's response to crime in Mexico, but its findings will also be crucial to regional and international authorities and organizations fighting transnational organized crime."

On 20 September, INEGI published the country's latest national survey on victimization and perceptions of public safety. The survey was based on a revised methodology - developed jointly with UNODC - that builds upon the experience of several countries around the world. Through that new method, the report offers more accurate estimates of the number of victims of crime compared to the estimates of previous years, thus meeting the needs of users - including public security officials, law enforcement authorities, academics and experts in public safety and justice - more effectively.

The centre of excellence will join a network currently being developed by UNODC in Mexico and in Central America in cooperation with national and regional bodies, such as the Centre of Excellence on Maritime Security, which opened in Panama in June 2010.

Centres of excellence serve as focal points for expertise, training, data collection and analysis in various thematic areas that form part of the UNODC mandate to promote justice and security. Through effective support, policy development and the training of professionals, they seek to build national and regional capacity to contain threats stemming from trafficking, drug abuse, organized crime and related violence and to strengthen the rule of law.