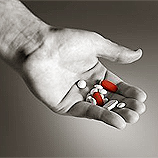 Worryingly, in parts of Asia, Africa and Latin America, fraudulent medicines are thought to amount to as much as 30 per cent of the market. UNODC currently estimates that the trafficking of fraudulent medicines from Asia to South-East Asia and Africa is a multi-billion dollar activity.

UNODC's Executive Director, Yury Fedotov, noted that fraudulent medicines present a particularly difficult, three-pronged concern in terms of health threats, development challenges, and the role of organized crime on a transnational scale. In his statement, Mr. Fedotov highlighted the critical role that the United Nations Convention on Transnational Organized Crime has to play in confronting this issue: "The Convention provides for the exchange of information, the application of investigative powers, and information sharing that is often invaluable in these types of criminal operations."

Aside from assisting countries with the implementation of this Convention, UNODC is working in other critical areas to help tackle the trade in fraudulent medicines. The Container Control Programme, a joint initiative with the World Customs Organization, was initially established to help national authorities with the detection of narcotics. However, since becoming operational in 2006, the scope of the programme has widened considerably and now assists in building local capacity to detect all illicit container shipments. With over 30 Joint Port Control Units around the world, the programme is making an important contribution in helping national authorities increase the detection and identification of illicit products - including some instances of fraudulent medicines. Identifying the heads of criminal organizations and seizing their assets is another area which UNODC has been working on. Through the Global Programme on Money Laundering, UNODC helps prevent the laundering of criminal proceeds by delivering technical assistance to law enforcement agencies and financial intelligence to combat illicit financial flows.