Anti-Corruption Day reaches over 8 million across the globe 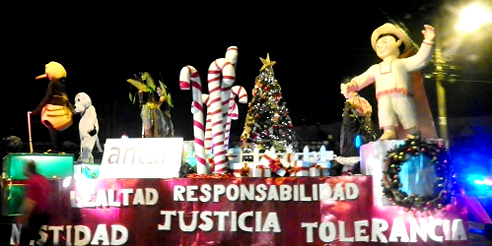 5 January 2015 - To mark International Anti-Corruption Day on 9 December 2014, community-based organizations, Governments, international organizations and individuals carried out a number of activities to raise awareness on the damaging effects of corruption.

Reaching more than 8 million people through social media and other campaign activities, a joint UNODC/UNDP global campaign entitled 'Break the corruption chain' informed people how corruption affects education, health, justice, democracy, prosperity and development. UNDP and UNODC Field Offices across the world took the universal message against corruption and tailored it to local audiences. Here are some highlights of a successful partnership involving thousands of activists around the world who demonstrated their commitment to "Break the chain".

In Senegal, l'Observatoire sur l'intégrité together with the FORUM Civil Section Kolda, organized several awareness-raising activities, including photo exhibitions, short movie screenings and debates. They also helped to set up a committee to strengthen integrity in schools in order to inform young people about the damaging effects of corruption and prevent this crime.

In Pakistan, UNODC organized a "selfie" campaign on social media, in which users shared their pictures showing this year's Anti-Corruption campaign messages in Urdu and English. Additional activities organized by UNODC included displaying branded banners at different points in Islamabad, and local media appearances in which panellists spoke about the importance of implementing the United Nations Convention Against Corruption (UNCAC).

In Panama, the Regional Anti-Corruption Academy for Central America and the Caribbean (ARAC), together with the National Authority for Transparency and Access to Information (ANTAI), the Financial Prosecutor´s Office and UNODC, participated in the traditional Panama City Christmas parade, organized by the mayor's office. Participants, especially children, cheered Dogui and Dengoso, the cartoon characters who promote the Anti-Corruption Values Programme in the country. The parade was broadcast on radio and television, bringing the anti-corruption message to a much larger audience while highlighting the importance of teaching young children values such as honesty, discipline and integrity.

In Guinea, Stat View International, together with the University Youth Association for Integrity and Development (COJID) raised awareness among students on the role of youth in the fight against corruption. Activities included a half-marathon, conferences and training sessions.

In Libya, the subject of asset recovery was addressed through an advocacy campaign from the Libyan Transparency Association entitled "Taking back what was lost to corrupt practices is everyone's responsibility", and which included recommendations on the subject made to the Libyan government.

In Colombia, public and private sector representatives -local government officials, financiers, legislators, law enforcement officials, academics and NGO representatives, among others- attended an event where UNODC presented an anti-corruption guide for private companies, which more than 200 local businesses have used to date.

In the Gulf region, the Bahrain Transparency Society organized an event on money laundering, mobilizing non-governmental organization representatives, the media, and university students.

In Brazil, an event was jointly organized by UNODC and the Office of the Comptroller General (CGU). The CGU Chief Minister made a statement highlighting both Brazil's breakthroughs in the fight against corruption and the challenges the country still faces in implementing effective and transparent policies. Representatives from other agencies involved in the fight against corruption were present, including the Federal Audit Court, the Public Prosecutor's Office, the Internal Revenue Service, the Council for Financial Activities Control and the Attorney General's Office. During the ceremony, awards were also presented to the winners of a drawing and writing contest, and of another contest on best practices against corruption, both organized by CGU. 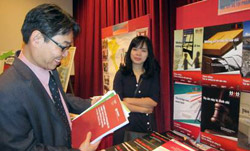 In Vietnam, an event jointly organized by UNODC, UNDP and the Government addressed new legislation to protect whistleblowers from retaliation when denouncing corruption in the country. 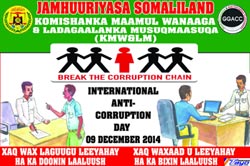 In Somaliland, Somalia, UNODC and the local Good Governance and Anti-Corruption Commission (GGAC) organized several activities to mark the International Day, including displaying billboards in public places and distributing stickers with this year's message.

In South Africa, UNODC, the Public Service Commission (PSC) and the University of South Africa (UNISA) invited guests from the public and private sector, civil society, the international community and the media to jointly commemorate the International Day in Pretoria. At the event, the "Big Five" values of public office were highlighted: fairness, transparency, ethical conduct, accountability, and meritocracy.

Similar events were held in many other countries, where the actions and strategies of local governments to combat all forms of corruption, together with the civil society, were set forth. A meeting at the highest level of government was held in Egypt addressing the country's strategy against corruption in partnership with UNODC; a seminar on government transparency was held in Paraguay with the attendance of regional experts on the subject; a youth summit was held in Nigeria, covering issues such as electoral corruption and the country's freedom of information legislation; and in Kenya, UNODC and Government representatives held an event to mark the International Day at a local stadium, while UNDP and UNODC jointly organized a conference targeting social media specialists encouraging them to address corruption-related issues.