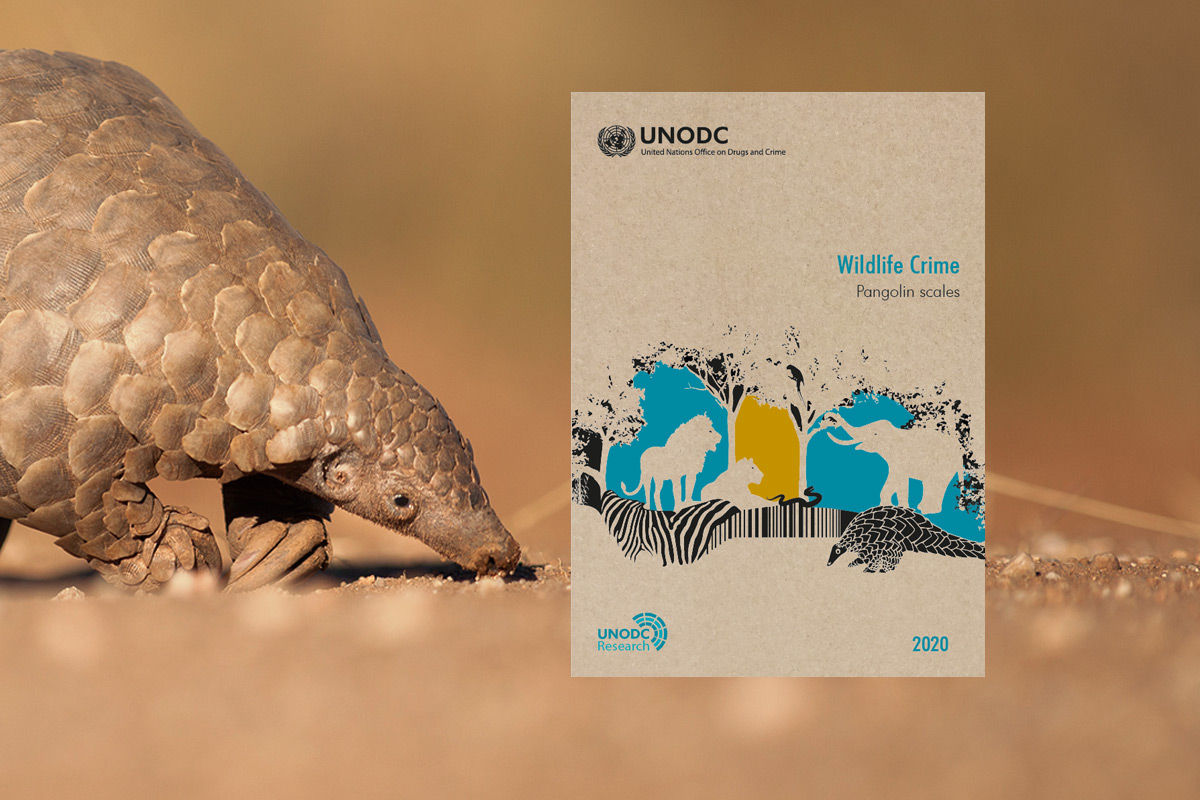 Vienna (Austria), 22 April 2020 – The outbreak of COVID-19 has been linked to a coronavirus originating in wild bats that jumped to people via an intermediary animal, with pangolins among the leading suspects. These reclusive and nocturnal mammals are killed for their meat and their scales, which have been used medicinally in both Asia and Africa. The wild meat of pangolins is considered a delicacy, sold in wet markets, which could have served as a possible ground zero for the virus.

The majority of all emerging infectious diseases originated from animals and were transferred to humans. Wildlife trafficking contributes to the tragedy, making it a threat not only to the environment and our natural heritage, but to human health and security.

“Wildlife crime endangers the health of our planet – and our own health. Pangolins offer no threat to humans in their own habitat, but allowing them to be trafficked, slaughtered and sold in illicit markets along with other wild species greatly increases the risk of transmission of viruses and other pathogens. For the sake of preserving biodiversity and preventing the next public health emergency, the illegal wildlife trade must stop,” said UNODC Executive Director Ghada Waly.

Pangolins are the most trafficked mammal in the world, with seizures of illegal cargo originating in Africa and intended for Asian markets having increased tenfold since 2014, according to the United Nations Office on Drugs and Crime (UNODC). The UNODC research, which included field work, was released to mark today’s International Mother Earth Day and will be included in the Office’s World Wildlife Crime Report to be published in June.

Estimates of how many pangolins have been illegally traded in recent years are difficult to calculate given that seizures represent only a small fraction of the animals killed. However, the magnitude of the illegal trade based on seizure records suggests that wild sourcing is unsustainable, while breeding of pangolins in captivity at commercial scale is currently not possible.

Between 2014 and 2018, the equivalent of 370,000 pangolins were seized globally, suggesting that millions have been trafficked and killed.

UNODC research shows that the source of seized pangolins is primarily West and Central Africa. Traders reported that pangolin traffickers often use the same routes to export and import pangolin scales as they use for ivory. And ivory traffickers appeared to be involved in the pangolin scale trade.

Since the Conference of the Parties to the Convention on International Trade in Endangered Species of Wild Fauna and Flora (CITES) listed all species of pangolins in Appendix I in October 2016, they have been provided the highest level of protection available under international law. Despite this international trade ban, pangolins remain the most trafficked mammals in the world.

UNODC on Wildlife and Forest Crime