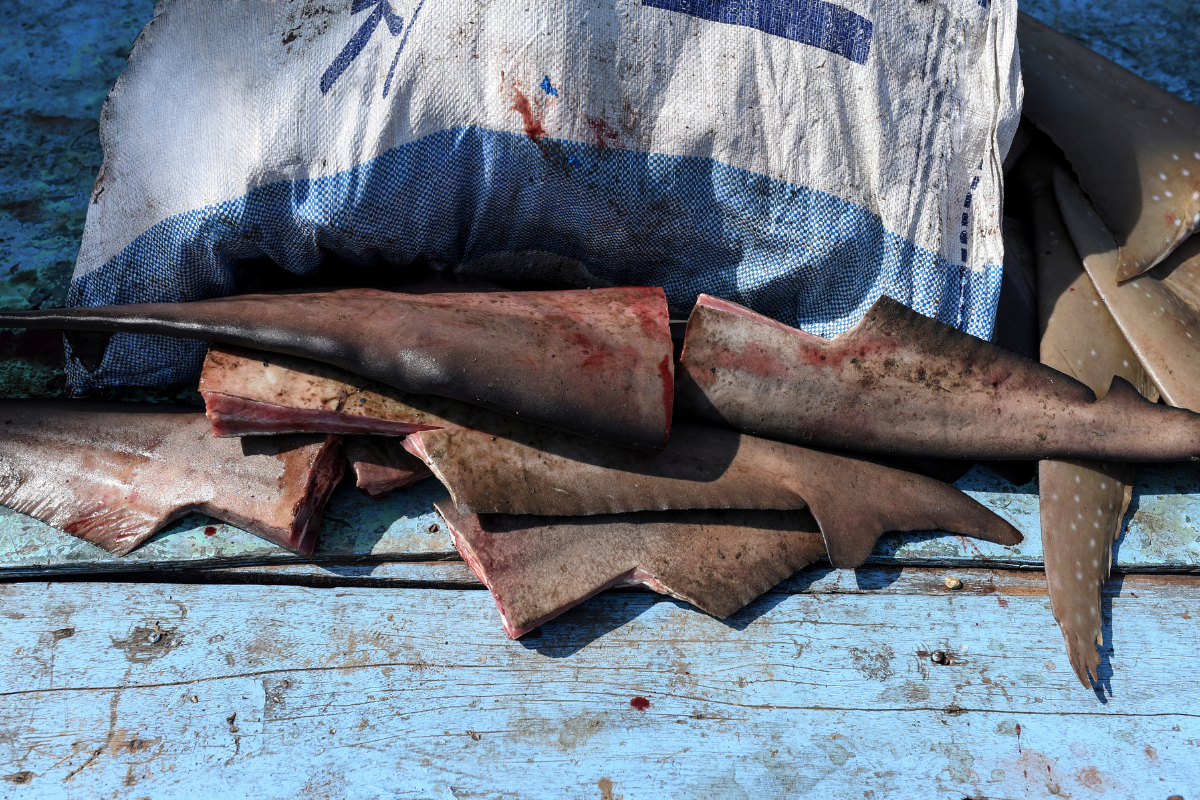 The United Nations Office on Drugs and Crime’s (UNODC) AIRCOP programme combats wildlife crime by strengthening the capacity of frontline officers at airports, to enhance the detection and investigation of wildlife crime.

The workshop was delivered by an expert from Burkina Faso. The module —accredited by the World Customs Organization (WCO) with AIRCOP as its implementing partner—  guided participants through the recognition of different types of wildlife commodities. It further included an introduction to CITES and relevant related trade documents, addressing potential concealment methods as well as highlighting the importance of interagency cooperation.

The head of the task force in Niger acknowledged the relevance of this module, as smugglers are increasingly acting under the presumption that the more limited presence of law enforcement officers at airports due to COVID-19 travel restrictions, could facilitate the smuggling of endangered species.

Since the workshop was held, participating tasks forces have recorded an impressive number of seizures of wildlife products; vividly demonstrating that officers have indeed improved their ability to identify endangered species in accordance with CITES.

Moreover, an increase in cross-collaboration efforts has also been recorded. Officers from national agencies for Water and Forest Affairs have been welcomed into counter-smuggling task forces in both Benin and Côte d’Ivoire; alongside police, gendarmerie and customs. This joint effort alongside their law enforcement colleagues, will continue to ensure a strong cooperation between key stakeholders, the cascading of capacity-building efforts and increase awareness on wildlife trafficking as a challenge that can be best overcome through collaboration.

In September 2020 alone, 212 shark fins weighing a total of 50.5 kg and bound for Ghana, were seized by the JAITF of Cotonou (Benin) following the inspection of air cargo.

The following month, the JAITF of Dakar (Senegal) seized 16 whale teeth as well as 34 kg of bigeye tuna swim bladder —the CITES annex identifies both as originating from endangered species.

Also in October, 350 kg of shark fins were seized at the airport of Abidjan (Côte d’Ivoire) during a mixed inter-agency operation. Following this seizure, the head of JAITF from Côte d’Ivoire alerted the Togo JAITF about suspicious packages from the same consignor. This effort in international cooperation and intelligence sharing, resulted in the additional seizure of a large quantity of sea bream intestines in Lomé (Togo).

AIRCOP-trained task forces have become key players in the fight against transnational crime at airports, particularly for wildlife crime in West and Central Africa. Since 2012, JAITFs have successfully tackled wildlife trafficking, thus far seizing 1 ton of ivory tusks, approximately 2 tons of pangolin scales and even 269 kg of gold.

AIRCOP is a multi-agency project implemented by UNODC, in partnership with INTERPOL and the World Customs Organization (WCO); with the support of Australia, Canada, France, Japan, the Netherlands, Norway, the United Kingdom, the United States of America, and the European Union. It aims at strengthening the capacities of international airports to target and intercept high-risk passengers, cargo, and mail; to fight against drug trafficking, the smuggling of illicit commodities (such as wildlife products or falsified medical products), terrorism-related threats, trafficking in persons and smuggling of migrants. 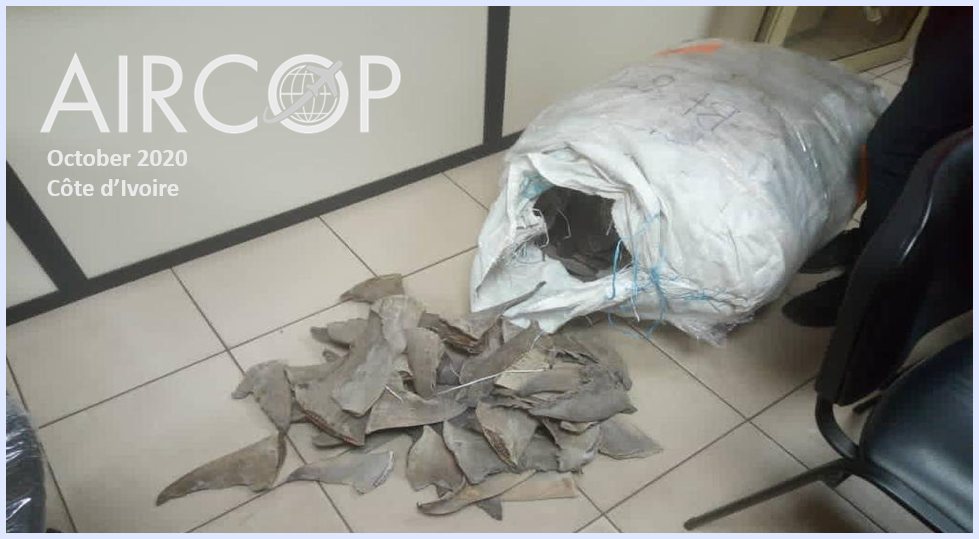 In October, 350 kg of shark fins were seized at the airport of Abidjan (Côte d’Ivoire) during a mixed inter-agency operation. 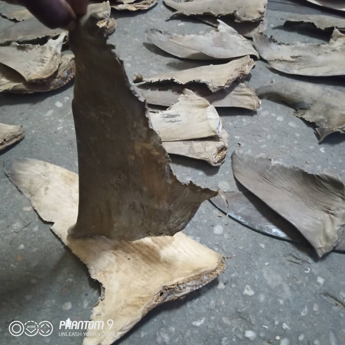