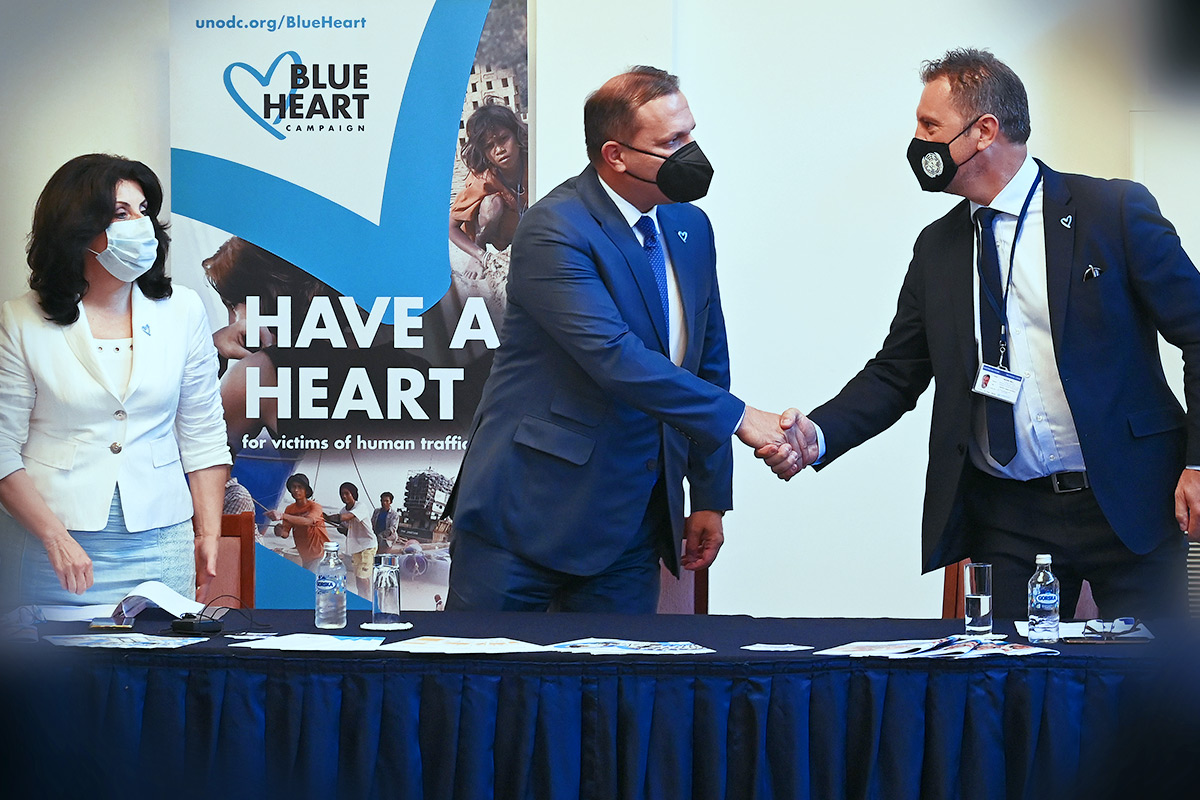 9 July 2021 - Joining 33 other countries across the globe, North Macedonia has become the latest state to adopt the Blue Heart Campaign in its efforts to tackle human trafficking. Announced this week during a session of the National Commission for Combating Trafficking in Human Beings and Illegal Migration, the Blue Heart Campaign is now a central element of North Macedonia’s awareness raising drive to end this crime and protect those most impacted.

Speaking at the session – which was also attended by the Commission’s National Coordinator, Magdalena Nestorovska – the Minister of Interior, Oliver Spasovski, flagged what this means for North Macedonia. “The Blue Heart Campaign aims to raise awareness of the problems and sufferings of victims of human trafficking and reminds us of the cold-bloodedness of those involved in these criminal acts,” he commented. “By joining this campaign, we express our commitment to the fight against this crime that undermines human dignity. Joining this global campaign for our country will represent another opportunity to get involved in global trends of prevention, awareness-raising, networking, exchange of experiences, joint activities with other countries, for all of us to oppose trade together with people.”

As a global awareness raising initiative to fight human trafficking and its impact on society, the Blue Heart Campaign seeks to encourage Governments, civil society, the private sector and individuals alike to act and help prevent this heinous crime. It also supports the United Nations Voluntary Trust Fund for Victims of Trafficking in Persons, especially Women and Children, which was established in 2010 within the UN Global Plan of Action to Combat Trafficking in Persons. The Trust Fund itself raises and disburses funds to strengthen civil society organizations dedicated to human trafficking victims suffering from a variety of forms of exploitation, especially women and girls exploited by sex-related crime. Over the past decade, the Trust Fund has supported more than 100 grassroot NGOs in over 50 countries by providing tangible assistance to more than 5,000 victims of human trafficking every year.