As functional Commissions of the Economic and Social Council, the Commissions contribute to the work of the ECOSOC and the General Assembly of the United Nations.

The General Assembly and the Vienna-based Commissions

The General Assembly discusses drug- and crime-related issues under its agenda item entitled "Drug control, crime prevention and combating international terrorism in all its forms and manifestations". This item is considered at the Social, Humanitarian and Cultural Affairs Committee of the General Assembly, commonly referred to as the "Third Committee", in early October each year.

For the consideration by the General Assembly of this agenda item, a number of pre-session documents are prepared, including the annual Report of the Secretary-General on International cooperation against the world drug problem and the Report of the Secretary-General on the Implementation of the mandates of the United Nations crime prevention and criminal justice programme, with particular reference to the technical cooperation activities of the United Nations Office on Drugs and Crime. 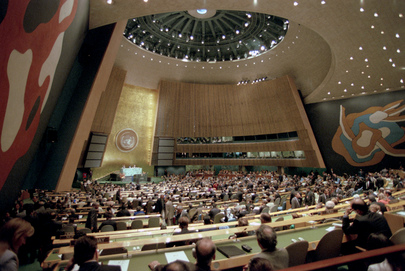 Follow these links for the agenda and annotations for the sessions of the General Assembly and for more information on the Third Committee and its calendar of meetings.

Special Events with the President of the General Assembly

Documentation prepared by UNODC for the General Assembly:

The Economic and Social Council and the Vienna-based Commissions

The CND and the CCPCJ are both subsidiary bodies of the Economic and Social Council (ECOSOC), and form two of the nine functional commissions of the Council. 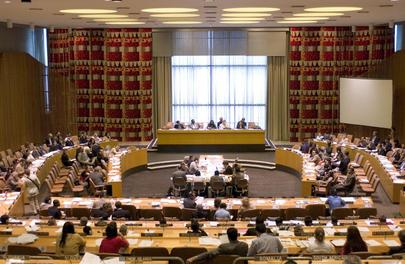 Special Events with other functional commissions of ECOSOC

Contributions to the High-level Political Forum

Video messages for the 2022 ECOSOC Coordination Segment delivered by H.E. Mr. Ghislain D'HOOP, Chair of the CND at its 65th session and H.E. Mr. Takeshi HIKIHARA, the Chair of the CCPCJ at its 31st session.