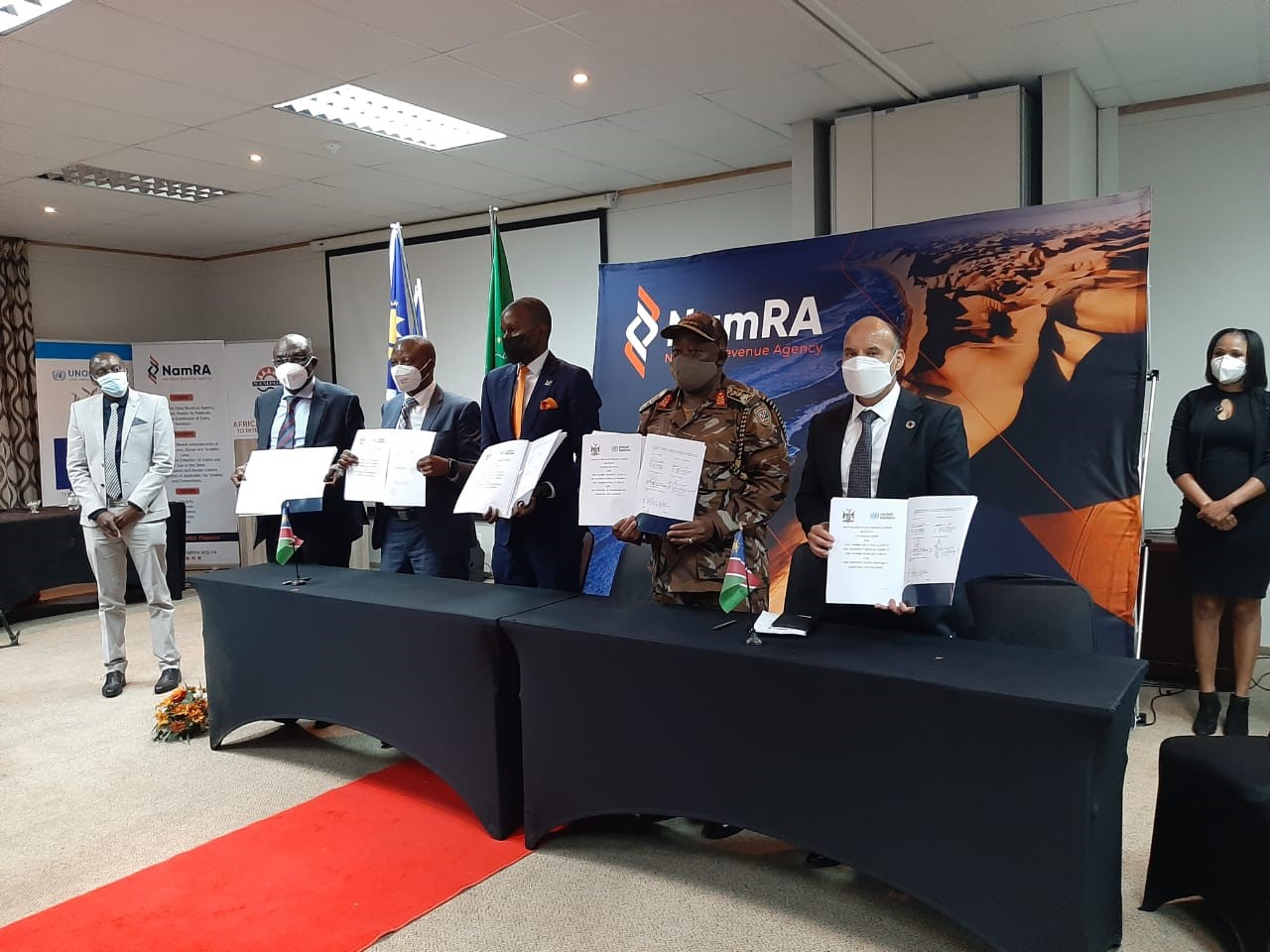 On 24 September 2021, Namibia signed a Memorandum of Understanding (MoU) with the Container Control Programme (CCP). The MoU was signed by the Namibia Revenue Agency (NamRA), the Namibian Police Force (NAMPOL), the Namibian Ports Authority (Namport), the Ministry of Environment, Forestry and Tourism and UNODC. The MoU signifies not only Namibia’s commitment to implementing the CCP but is also a strong symbol of national ownership and inter-agency cooperation.

The event also marked the official opening of the first Port Control Unit (PCU) in the country. The PCU, located in the seaport of Walvis Bay, is dedicated to countering illicit trafficking in maritime containers moving through the port. PCU Walvis Bay is the first CCP Unit in Southern Africa to become operational.

The ceremony was presided over by NamRA, the lead agency of the PCU, and included representatives from the additional participating agencies (NAMPOL, Namport and the Ministry of Environment, Forestry and Tourism). The occasion saw remarks from distinguished speakers, including the Honourable Neville Andre Itope, Governor of Erongo Region, Lieutenant General Sebastian Ndeitunga, Inspector General of NAMPOL, the Honourable Maureen Hinda-Mbuende, Deputy Minister of Finance, and Mr. Sam SHIVUTE, Commissioner of NamRA.

In her keynote address, Hon. Maureen Hinda-Mbuende, Deputy Minister of Finance, remarked, “This Unit will afford us as a country the opportunity to reform and secure not only our trading environment, but also the entire trade facilitation spectrum.[…The early successes of the PCU] are a clear demonstration that the role of law enforcement agencies in combatting illicit trade across the globe has become an important phenomenon in our lifetime and cannot be overemphasized.”

The initiative, supported by the European Union and the Bureau of International Narcotics and Law Enforcement Affairs (INL) of the United States Department of State, focuses on assisting Namibia in strengthening maritime security and criminal justice responses in the fight against illicit trafficking, particularly as it relates to the containerized trade supply chain. Her Excellency Sinikka Antila, Ambassador of the European Union to Namibia, noted that the “initiative demonstrates Namibia’s leadership and commitment in becoming a logistics hub in Southern Africa.” Ms. Jessica Long, U.S. Embassy Chargé d’Affaires, highlighted that “knowing what is moving into and out of our ports around the world is important for security and the economy.[…] The Container Control Programme will make for a safer port which will encourage more business and trade.” 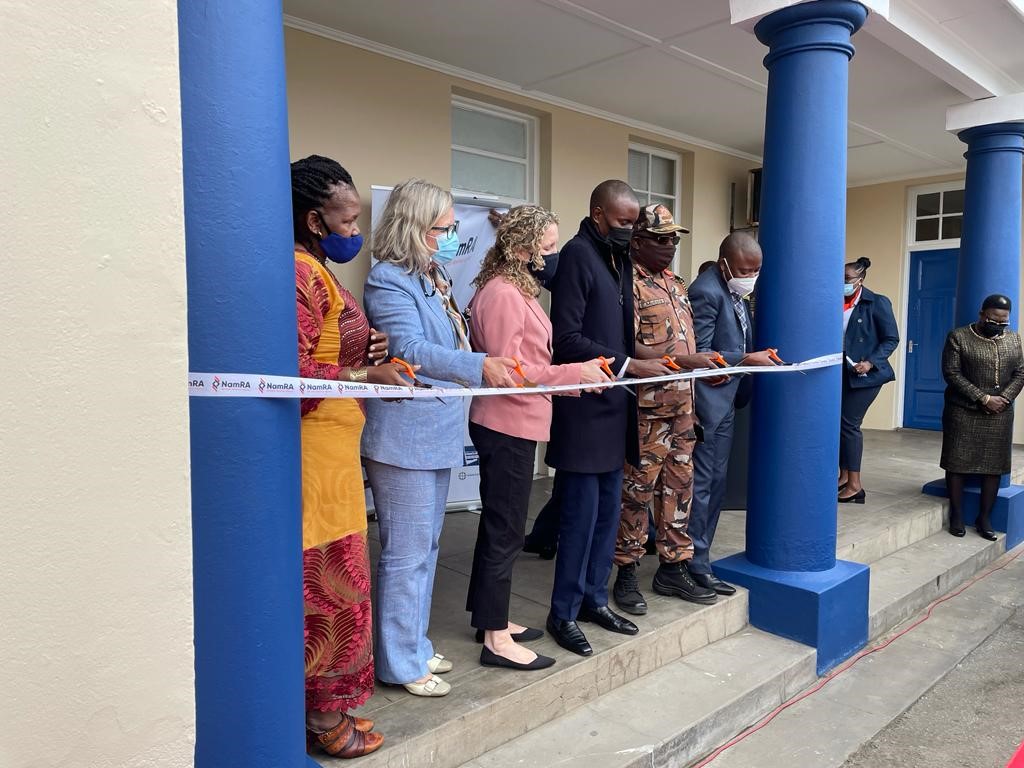 Official opening of PCU Walvis Bay
Indeed, while Namibia has emerged as a growing logistics and transit hub in the region, it has also become vulnerable to the trafficking of illicit goods, such as drugs, CITES protected wildlife products (including timber) and firearms. Mr. Javier Montaño, CCP Regional Coordinator for East and Southern Africa, emphasized that “the CCP will assist the enforcement structures of the Government of Namibia to enhance their capacities and I am sure we will see an increase in the number of seizures and detections of illicit trafficking that will contribute to safeguarding Africa’s regional treasures and its people, therefore contributing to enhancing the security and development opportunities of this great country.”
CCP in East and Southern Africa is implemented in Angola, Kenya, Namibia, Mozambique, Tanzania and Uganda, and will soon commence activities in Djibouti, Madagascar, Mauritius, Seychelles, as well as other countries in the region.