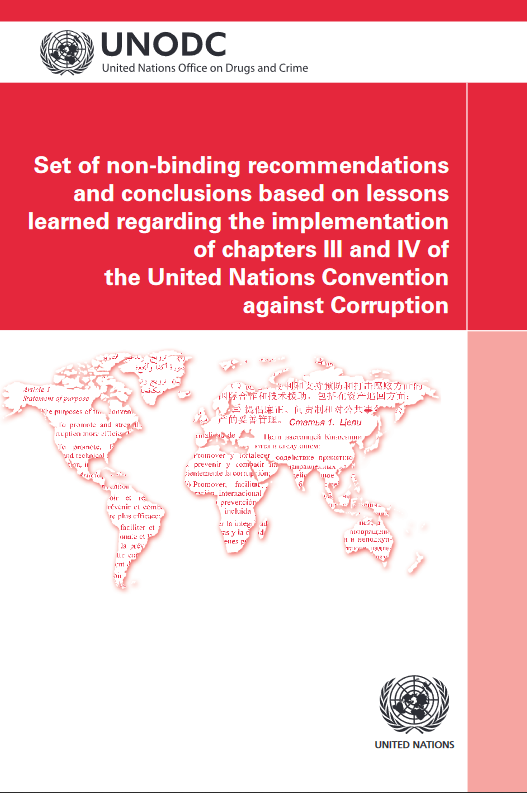 UNODC has released the key publication, Set of non-binding recommendations and conclusions based on lessons learned regarding the implementation of chapters III and IV of the United Nations Convention against Corruption, which was endorsed by the Conference of the States Parties at its 8 th session in December 2019 and further approved by the Conference as a potentially useful guide for practitioners in its resolution 8/2.

The publication summarizes the findings and results of 169 completed country reviews under the first cycle of the Implementation Review Mechanism. It consists of a compilation and an analysis of over 6,200 individual recommendations and nearly 1,100 good practices identified in the country reviews of the first cycle, as well as comments provided by interested States parties.

Thus, the publication provides useful information on common challenges and good practices in the implementation of chapters III (Criminalization and law enforcement) and IV (International cooperation) of the Convention.

During the meetings of the Implementation Review Group, States parties welcomed the document as an important result of the Implementation Review Mechanism and emphasized that States would benefit from putting the non-binding measures into practice in furtherance of national reforms and priorities, as they reflected common good practices and demonstrated the positive impact of the Mechanism.