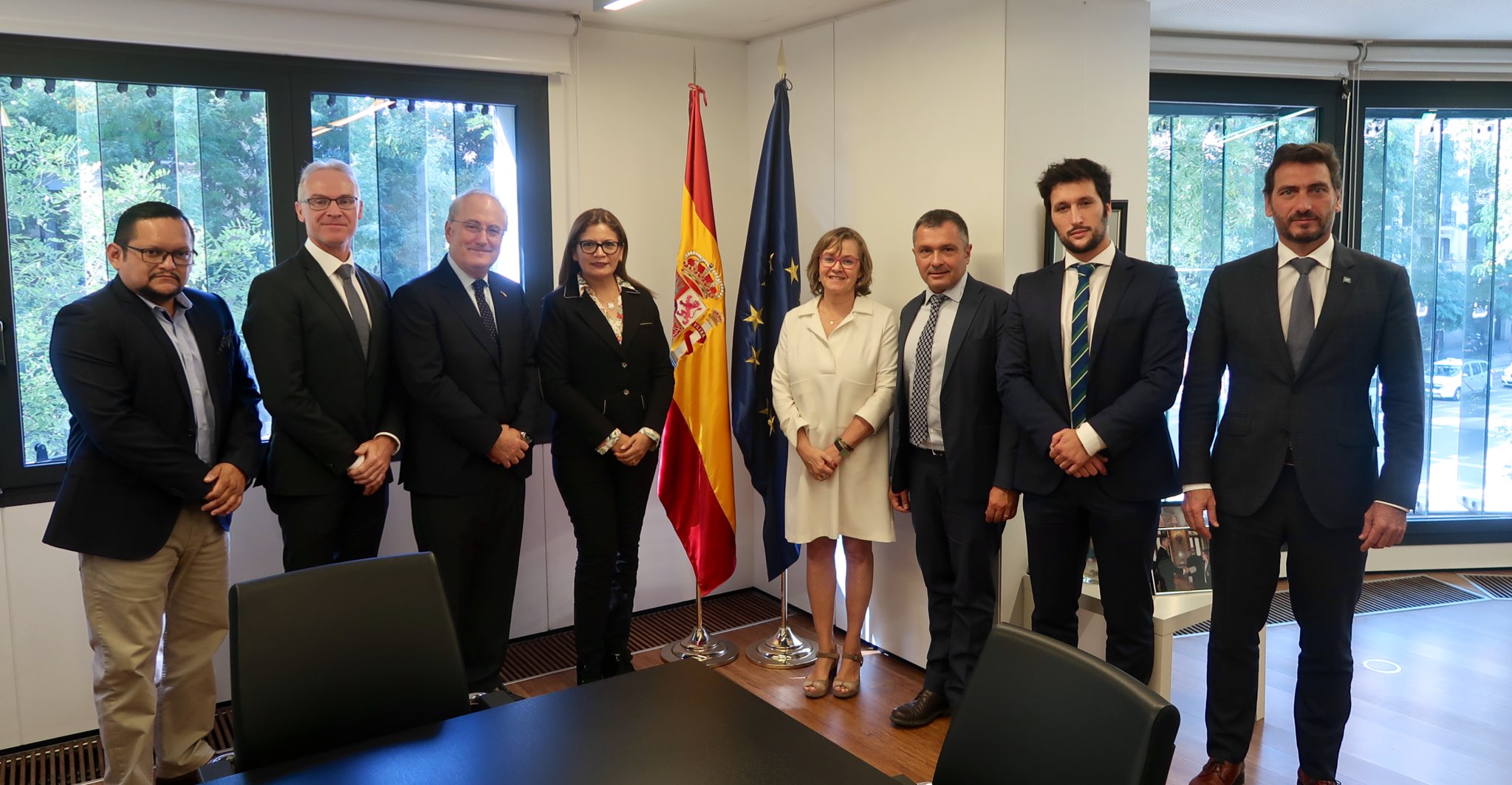 Head of the European Commission Representation in Spain, Mr. Francisco Fonseca Morillo, along with Ms. Rosa Ana Morán, Head of the International Cooperation Unit of the Office of the Attorney General of Spain, inaugurated the event. Both stressed the importance of intelligence sharing and of spearheading initiatives to build trust between national law enforcement and judicial agencies.  Mr. Fonseca Morillo further underscored the CRIMJUST program's operational approach, intended to provide support to participating countries to ensure investigations go beyond seizures and lead to adequate prosecution and conviction of key criminals. Mr. Fonseca and Ms. Morán were joined by Mr. Manuel Yubero and Carlo Marzella, acting as representatives for the Maritime Analysis and Operation Centre - Narcotics (MAOC (N) and the European Judicial Network respectively. They stressed the value in developing and strengthening (inter)regional law enforcement and prosecutorial networks to facilitate the exchange of intelligence pertaining to key criminal networks or seizures as well as to share lessons learned and best practices.

During the forum, law enforcement officers presented drug cases connecting Spain and Ecuador, detailing key seizures and discussing possible follow-up actions, as well as key trends and methodologies characterizing cocaine trafficking in their respective states. Additionally, prosecutors from both countries offered an overview of the legal framework and procedures for drug cases, notably existing international cooperation mechanisms such as treaties, Memorandum of Understandings as well as information sharing platforms. Particular attention was given to the value of the Ibero-American Network, which continues to serve as an important vehicle for horizontal informal cooperation between prosecutors spurring active intelligence exchange across the Atlantic. These presentations provided a basis for participants to assess and discuss the current state of their criminal justice cooperation, including limitations, lessons learned and recommendations. Representatives of regional law enforcement and prosecution networks, including the European Judicial Network, MAOC(N), Interpol and AIRCOP joined the discussions, drawing upon their respective experiences to offer key insights into developing cooperative arrangements. These culminated with Ecuadorian and Spanish authorities outlining the modalities and guidelines to enable real-time exchange of operational information and investigative cooperation in post-seizures matters.

Additionally, the Ecuadorian Delegation visited the Madrid Barajas International Airport (MAD) as well as the Valencia Seaport to observe screening and profiling mechanisms, as well as security and inspection procedures. These two study tours gave way to a fruitful discussion with the Spanish Civil Guard on best practices with regards to airport and seaport inspection arrangements and equipment to detect and search suspicious cargo or passengers.

This Investigative Case Forum was the first of a series of four - all of which are scheduled to take place before the end of 2019, and seek to connect law enforcement officers and prosecutors from countries of production and / or of transit with countries of consumption.