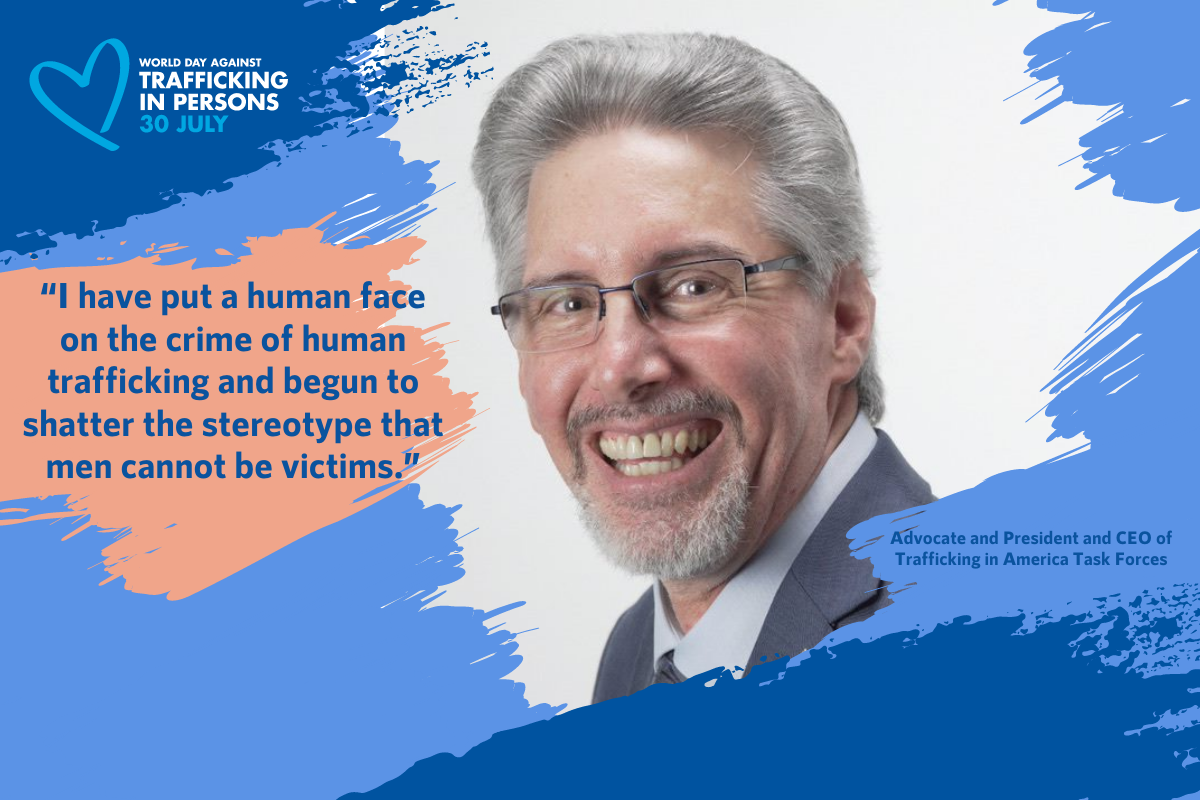 “I was born into a world of dysfunction,” Jerome explains, “my mother Marie was an alcoholic, pregnant at seventeen and her life was held firmly in the grip of chaos.” When Jerome was only five, his mother “brought home” a man named Neale. First, all seemed to be going well, but then he started molesting Jerome. Before long, Neale was using him for child pornography and then sexually trafficking Jerome through the paedophile ring that he belonged to. [Read more] 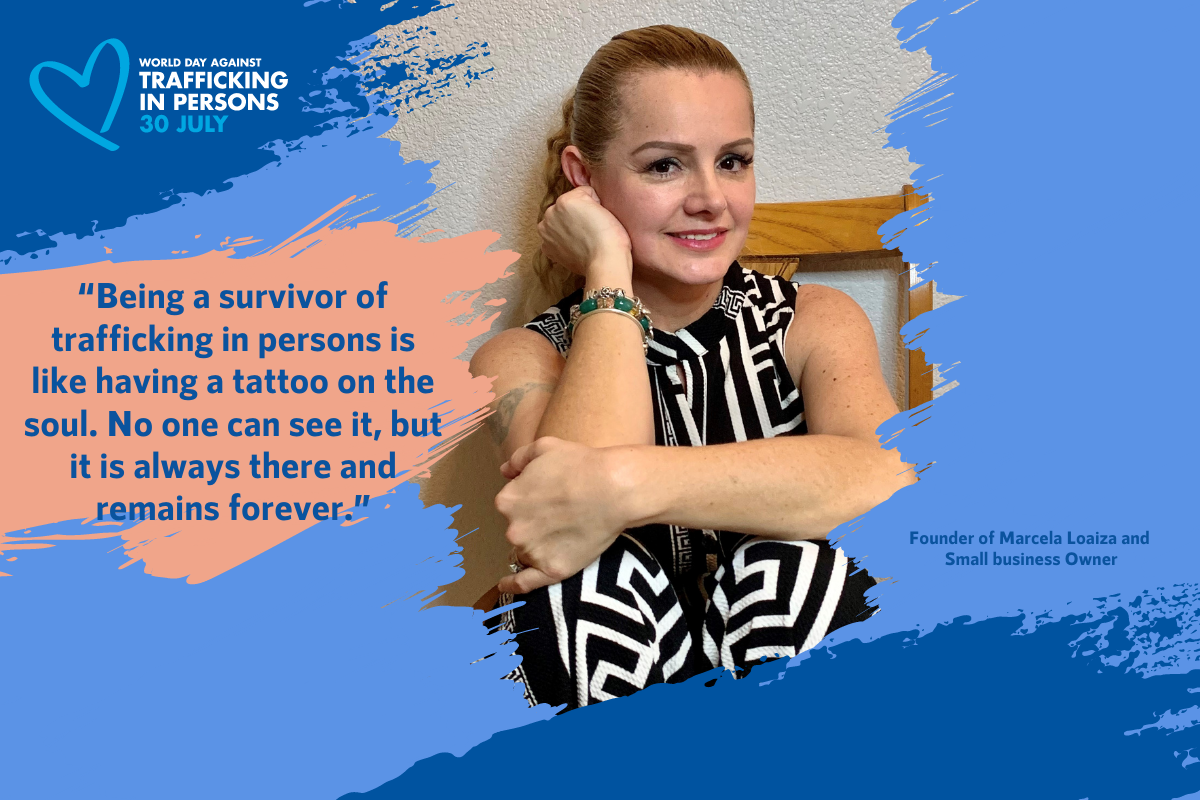 “I lost dreams, hopes and identity. I had to reinvent myself to become a survivor.”

When Marcela was just 21, she was tricked by human traffickers and sexually exploited for 18 months. “I was offered a job outside of the country. I was promised I would be famous and make a lot of money as a professional dancer,” she explains. At that time in her life, her daughter was sick and she had a lot of bills to pay for medical treatment.
[Read more] 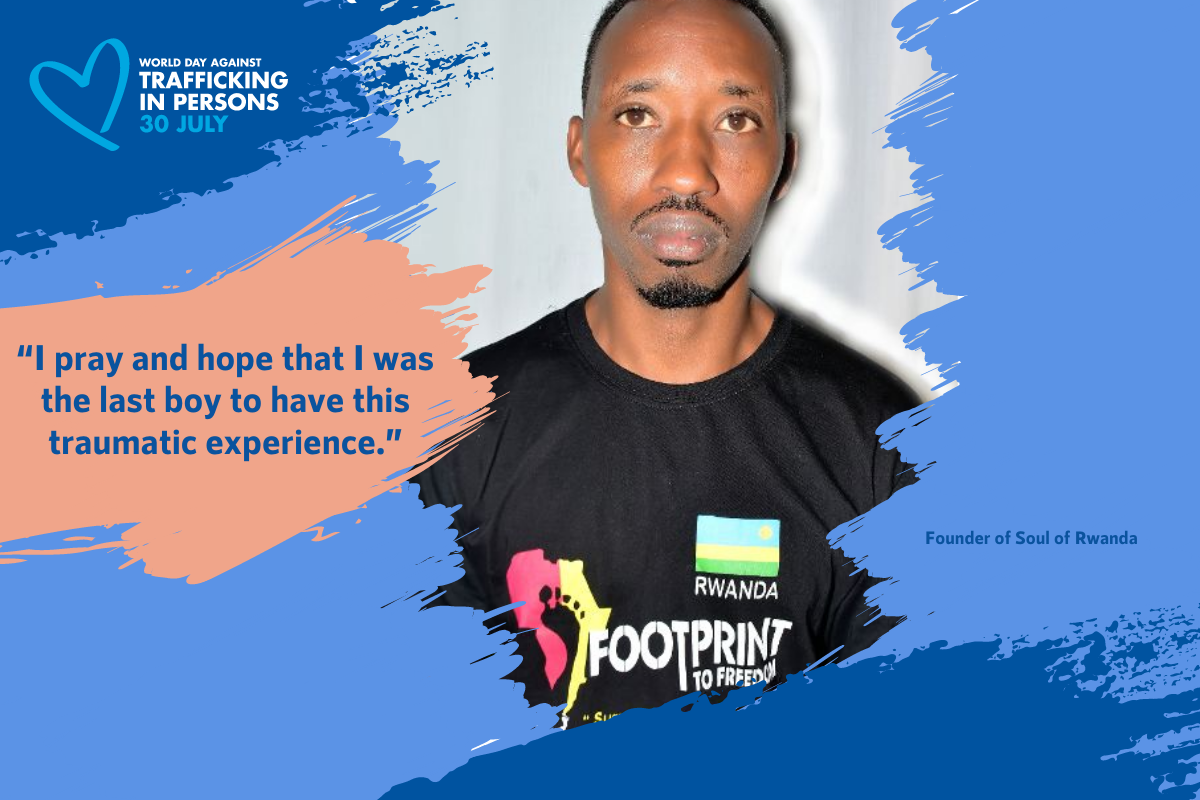 When Senga was five years old, he and his parents fled genocide and were living on the streets. “We were alive,” Senga says, “but we often went to sleep without having had anything to eat.”

One day, he was approached by a man who told him that if he went to fight with them, he would get a chance to find a good job. He decided to leave his family and joined the rebel forces, where he was given food and was trained as a soldier. [Read more] 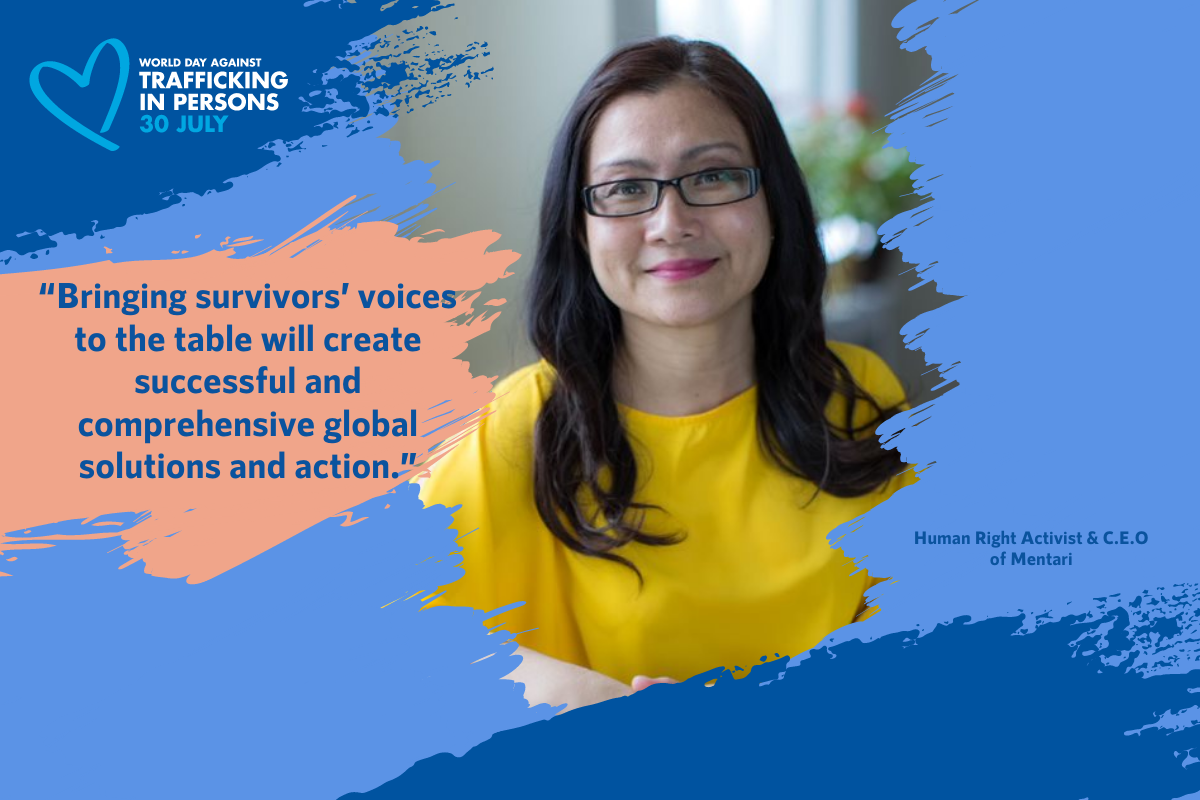 Shandra worked as a financial analyst and money market trader at an international bank in Indonesia. When she lost her job, due to forces beyond her influence, she started applying for posts overseas. This is when she came across a seasonal job offer at a hotel in the United States.

“After I paid the fees of US$ 3,000 to the agent, I got the papers from the hotel and applied for the Visa, which I soon received,” Shandra recalls. [Read more] 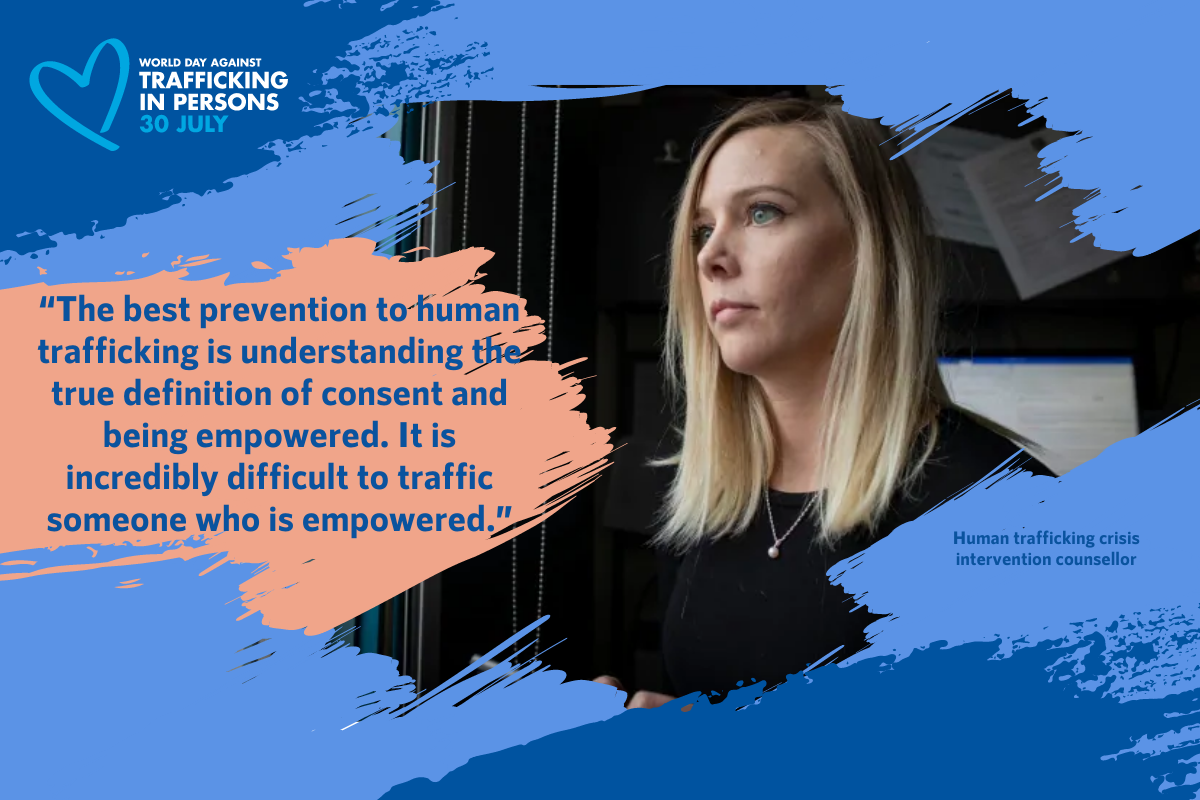 Karly had just arrived in a new city, she was homeless. She had no family or social support system and battled a serious drug addiction. This is when she met her traffickers. “They took the time to get to know me and my needs in a way no one had before,” explains Karly.

Her traffickers started to take care of her and “made it feel as if this was the best my life had ever been”. “They also told me that they would keep me safe and would never let anyone hurt me again.” [Read more] 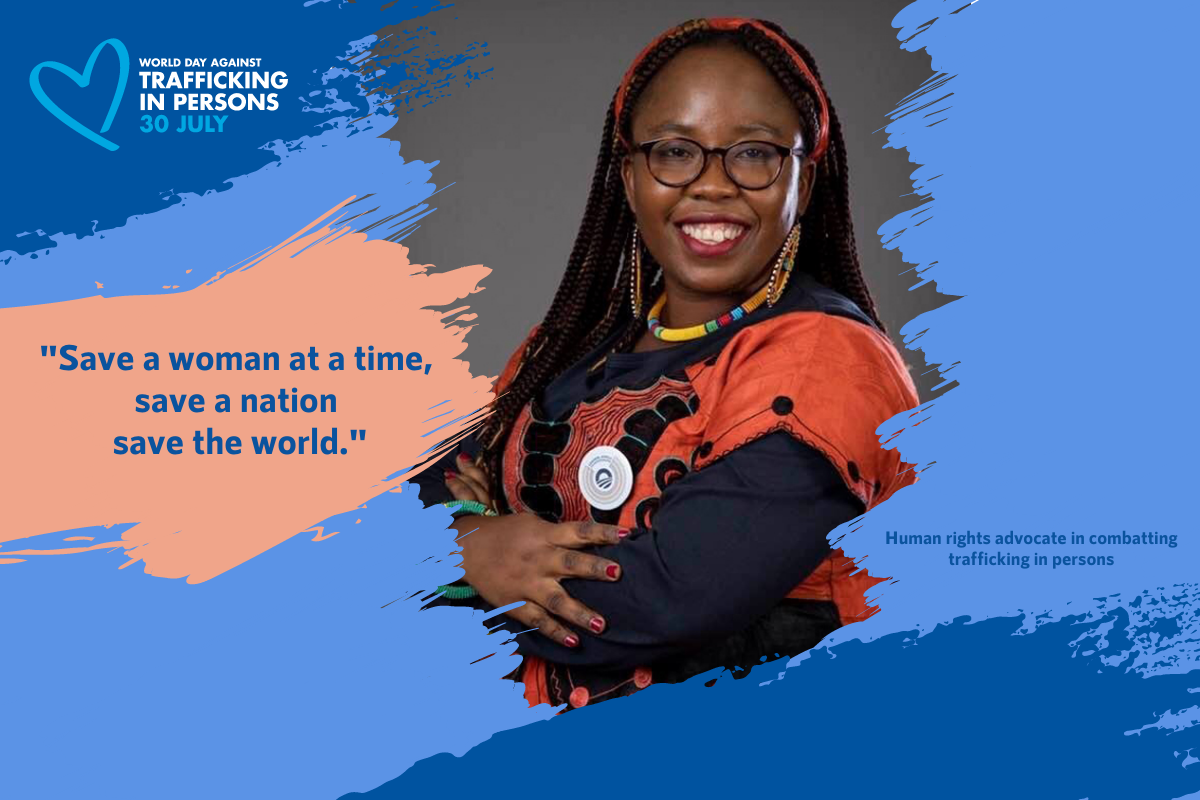 After several years of sexual exploitation in Europe, Francisca returned to Cameroon desperate and destitute. There she was tricked by a trafficker who promised her a good job teaching English abroad. Instead, Francisca was exploited and abused as a domestic servant. “I almost sold my kidney to raise money to escape my abuser,” she says. Francisca returned home only “to be stigmatized”.
[Read more]