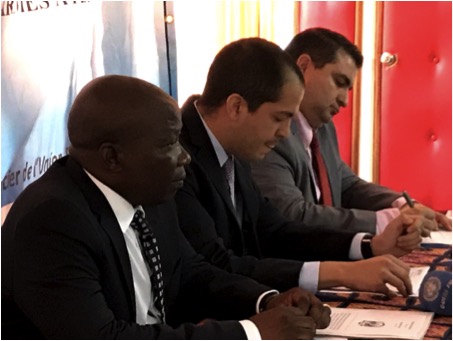 The ceremony was opened by the Minister of Interior and Security, Henry Wanze Linguisara, who highlighted how the proliferation of small arms and light weapons in the country limits the capacity of the State to ensure the security of the population, particularly in border zones. He welcomed the training and stressed the need to go further and develop an updated legal framework for small arms and light weapons as well as clear firearm tracing procedures, including preventive measures supporting these efforts such as the marking and recordkeeping of weapons, and specialized units focused on firearms investigations. 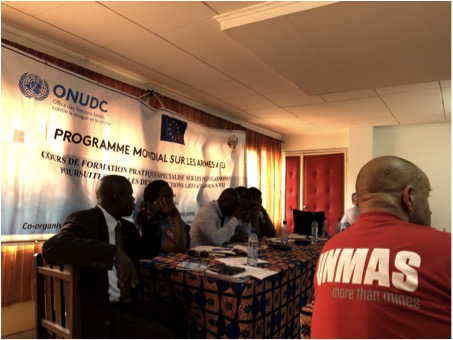 The training is supported by UNODC's EU funded project: "Countering transnational illicit arms trafficking through the implementation of the United Nations Convention Against Transnational Organized Crime and its Firearms Protocol". During the opening ceremony, Mr. Javier Medrano, representing the European Union Delegation in the Central African Republic, highlighted the efforts the EU has put forward in supporting reform in the country including on justice, reconciliation, governance and security sector reform.

Mr. Leonardo Lara, on behalf of UNODC, mentioned that the training marks the beginning of its work in collaboration with the National Commission on Small Arms and Light Weapons and that the organization is looking forward to a close collaboration with the NatCom as well as with other relevant national authorities. UNODC has been working with the NatCom in identifying activities in their draft National Action Plan that it can support, particularly in terms of harmonization of legislation, as well as the provision of capacity building to improve the investigation and prosecution of firearm trafficking and related offenses.

The training is supported by UNODC and local experts from the NatCom, and also counts with the support of experts from MINUSCA and UNMAS. During the week long training, participants from law enforcement and criminal justice agencies and institutions will receive practical skills to counter illicit firearms trafficking, including proper firearm identification, tracing procedures as well as intelligence gathering and investigation, and international cooperation, among other relevant topics. 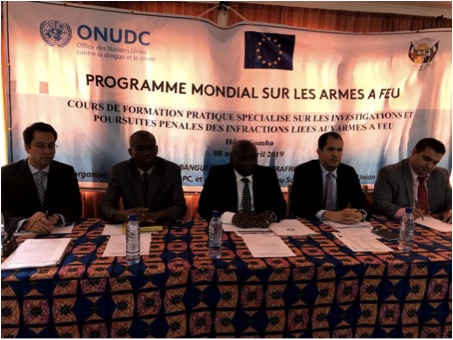