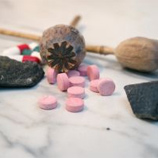 10 December 2009 - The Central Asia Regional Information and Coordination Centre (CARICC) was inaugurated yesterday in Almaty, Kazakhstan. The Centre is part of ongoing efforts to strengthen law enforcement cooperation among countries on the front line of drug trafficking from Afghanistan. According to UNODC estimates, 75-80 tons of heroin are trafficked annually from Afghanistan to the Russian Federation via Central Asia. Only around 5 per cent is seized in the region.

Drug trafficking through Central Asia "poses a threat to security by enriching and empowering criminal groups and anti-government forces, it undermines development by creating instability and widening corruption, and it poses a risk to health by spreading drug addiction and HIV", warned Secretary-General Ban Ki-moon in a message delivered by his Special Representative Miroslav Jenca, who is also Head of the United Nations Regional Centre for Preventive Diplomacy for Central Asia. "This transnational problem requires a regional solution," said the Secretary-General.

"CARICC will facilitate the exchange of intelligence to identify and disrupt trafficking networks, strengthen regional criminal justice capacity, and build security and confidence among neighbours," said Mr. Jenca on behalf of the Secretary-General. "The Centre also offers an opportunity to strengthen partnership among organizations active in the region, including the United Nations, SCO, the OSCE, the EU, NATO, CSTO, CIS, ECO* and others," he said.

"The Centre is a concrete achievement of our common efforts," said Kairat Umarov, Deputy Minister of Foreign Affairs of Kazakhstan. "I hope that in the nearest future we shall see the results of the work of the Centre, ideally a significant decrease of drug trafficking though our countries and a reduction of the drug threat in general."

Counter-narcotics partnership in Central Asia has been strengthened over the past few years among the States that have signed the 1996 Memorandum of Understanding on Subregional Drug Control Cooperation, which includes the five countries of Central Asia, Azerbaijan and the Russian Federation, as well as UNODC and the Aga Khan Development Network. On 8 and 9 December, the eighth review meeting of the Memorandum of Understanding was hosted by Kazakhstan.

Francis Maertens, Deputy Executive Director of UNODC, hailed CARICC as "one of the major achievements of the MoU states, of which we can all be proud". He stressed that Central Asia benefits from UNODC's largest regional drug and crime portfolio (US$ 78 million a year and rising).