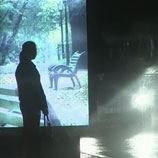 2 November 2009 - A new anti-human trafficking film by UNODC was recently featured at a European Union ministerial conference in Brussels, at Scotland Yard and at the Danish parliament.

Affected for Life premiered at a conference entitled "Towards Global EU Action against Trafficking in Human Beings", held on 19 October in Brussels.

On 23 October, the film was shown at the "Human Trafficking: The Victim Matters" conference, which was held at Scotland Yard in London and organized by the Metropolitan Police's Human Trafficking Team.

On 30 October, the Danish parliament organized a public hearing on trafficking in persons, during which Affected for Life was shown. The video was streamed live online on the Danish parliament's website, as well as broadcast on the parliamentary television channel Folketinget on 1 November.

Affected for Life was produced by UNODC in collaboration with Danish Doc Production.

The film is currently available in full-length (23 minutes) and abridged (13 minutes) versions in English. Versions in other four official languages of the United Nations - Arabic, French, Russian and Spanish - will become available early in 2010.

The full-length version of the film is targeted at prosecutors, judges, law enforcement officers and other specialized audiences who have a key role to play in the fight against human trafficking.

The film will also be used by the United Kingdom Human Trafficking Centre as a key component of a resource package it presents to Government agencies and civil society organizations. This initiative links the work of the centre with the Blue Heart Campaign of UNODC to raise awareness of human trafficking and inspire people to effect change.