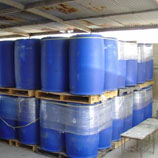 28 March 2010 - Authorities at Port Qasim, Pakistan, have seized 15.8 tons of acetic anhydride, the precursor chemical used to produce heroin from opium. This is the largest-ever seizure of acetic anhydride in Pakistan. The chemicals were found in barrels (labeled as paint destined for Karachi) in a 20 foot container.

UNODC has been working with the Pakistani authorities since 2007 to strengthen their capacity to disrupt the trafficking of precursor chemicals and drugs via Pakistan. The programme, funded by Canada, is being extended to dry ports, also on the border between Afghanistan and Pakistan.

"Pakistan's expertise in container security has developed so well that port officials who were trained by UNODC a few years ago are now trainers for other port authorities around the world, and its container terminals are regarded as models for neighboring states", said Ketil Ottersen, UNODC's Senior Coordinator for the Container Control Programme.

This is the latest in a steady stream of seizures made in ports that are part of the Container Control Programme, including in Costa Rica, Ecuador, Ghana, Panama, Senegal and Turkmenistan.

On 1 March, 32kg of cocaine was seized in Ecuador as a result of port officials using profiling, intelligence information and drug detector dogs. On 6 March, officials at Rotterdam port, acting on a tip-off through the same intelligence sharing system, seized 60kg of cocaine. "We are making smuggling via containers a riskier business", said Mr. Costa.

More than 90 per cent of global trade is transported by sea, and these flows are rapidly increasing. This makes smuggling via containers increasingly attractive for criminals, and more challenging to detect. The Container Control Programme is designed to strengthen the capacity of ports to intercept containers with illicit cargoes by applying a matrix of risk factors.