Public service announcement on the effects of drugs 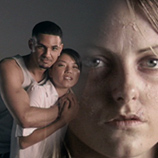 2 March 2010 - UNODC has partnered with CNN to air a public service announcement on the effects of drugs on youth. The 30-second PSA, which will be aired several times a day over the coming year, follows four young people as their health deteriorates due to continued drug use and calls on youth, who are particularly vulnerable to drug use, to protect themselves.

"You can avoid this scenario completely - the very best protection is to not use drugs in the first place," Gilberto Gerra, Chief of the UNODC Health and Human Development Section, said. "While not everyone who tries drugs becomes dependent on them, those who do risk their well-being."

The World Drug Campaign website provides detailed information about health risks associated with occasional and regular drug use, as well as resources for helping yourself and your loved ones.

Drug dependence is a disease that can be treated and managed. Those who have started using drugs and have the compulsion to continue despite facing negative consequences need help to stop. When someone suffering from drug dependence gets the care they need, they can become healthy again, contribute to society and lead productive lives.

"Sometimes the shadow of moral issues prevents people from asking for timely treatment, because drug dependence can be seen as a weakness or spiritual failure," Gerra said. "Drug dependence is simply a disease with symptoms and proven treatments. We work in the health field, not the ethical one."

Like all health care, access to drug treatment is a basic human right. UNODC advocates that quality drug treatment be an integrated part of every public health systems and universally available to all who need it.

"Drug treatment can have marvelous results, bringing people back to a thriving life. Because this disease particularly affects young people, we strengthen the future of our societies by providing humane care for drug dependents," Gerra said.

In terms of prevention, it is important to focus on the factors that pull young people to drug use. "In this society, we are expected to be top performers. People use drugs to self-treat anxiety, depression, shyness or improve performance," Gerra explained. UNODC maintains that these and other problems, such as abuse, neglect or violence, should be addressed as part of drug use prevention efforts.

Like treatment, prevention works. Regardless of whether young people are having problems with drugs, depression or a difficult family situation, receiving proper assistance is crucial.

UNODC supports Member States in preventing drug use and treating drug dependence as any other health disorder by, for example, implementing prevention interventions and providing treatment and care services that are based on scientific evidence and on ethical standards.

With help from partners like CNN, the UNODC World Drug Campaign is leading international efforts to reduce drug use and promote universal access to quality drug treatment.