Awareness and education are key to beating human trafficking 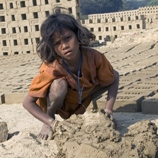 7 February 2011 - In November 2010, the United Nations Voluntary Trust Fund for Victims of Human Trafficking was launched to assist those most in need as a result of having been trafficked. Administered by UNODC, the Trust Fund is guided by a five-member, geographically representative board of trustees.

One of the Trustees, Dr. Saisuree Chutikul of Thailand, has many years of experience in working to fight human trafficking and its related social evils, such as gender-based violence. As the Chair of the National Subcommittee on Combating Trafficking in Children and Women of the Ministry of Social Development and Human Security of Thailand for more than a decade and a member of the National Commission on Women's Affairs and Family and the National Commission on Children and Youth, Dr. Chutikul brings a wealth of knowledge to the Trust Fund.

The following is an interview conducted with Dr. Chutikul.

Human trafficking is often described as a modern form of slavery that can be beaten. What can the average person do to help to fight this crime, and how can we better educate potential victims of human trafficking?

Education and knowledge of trafficking in persons among all members of society are key to beating human traffickers. You have to use all of the means at your disposal to raise awareness about the crime, its nature, causes and damage to victims - Governments, civil society, the press, private companies: each and every entity must work toward promoting knowledge of this issue.

Citizen reporting is a major area which shouldn't be overlooked. Victims can often be society's most marginalized members and it's up to neighbours and friends to look out for one another. On this note, access to authorities is key and the State should ensure that they are easily reachable and that the key departments such as the police are themselves educated about human trafficking. Here lies an opportunity for NGOs to work closer with the State and to assist in identifying those groups most at risk.

One generally hears of women and children being trafficked, but it's a fact that men can also be victims of this crime - for what purposes are men mostly trafficked?

It is true that the most widely perceived form of human trafficking is that of women and children, especially girls, for sexual exploitation. However, men and boys are also victims of this crime and it's critical that one realizes that many marginalized members of society are at risk of being trafficked.

Men and boys are also trafficked for what I call the "3 D's" of jobs - the dirty, the dangerous and the difficult. This is the work that local men do not, and sometimes cannot, do themselves and that vulnerable foreign workers often find themselves coerced or tricked into.

Obviously a massive challenge to overcome is to highlight the fact that men can - and are - being trafficked and to encourage the adoption of different strategies for different elements of this crime, at the same time recognizing their human rights.

The United Nations Voluntary Trust Fund for Victims of Human Trafficking was created specifically to assist victims of human trafficking. What are the most pressing needs for those victims?

The cruelty of human trafficking is such that victims' needs are often very diverse. That said, one can loosely categorize those needs into protective and legal measures. First, victims need to be rescued, then they require psychosocial recovery, followed by repatriation or return, reintegration and then prevention from re-victimization. On the legal side, victims require assistance such as protection as witnesses, especially when assisting the State in prosecuting a trafficker, as well as legal aid.

It is critical, however, to note that these areas of assistance cannot be regarded as quick fixes and require sustained work. Sadly, technical, financial and human resources are often lacking in the countries where this assistance is needed the most. Adding to this, in many instances the State cannot handle victims' needs alone, hence the recurring necessity for cooperation between all members of society.

Over and above providing financial assistance to victims of human trafficking, the Trust Fund is calling for heightened levels of cooperation among Governments, civil society and the general public. What is the role of each of these entities in terms of fighting human trafficking, and how can they work together more effectively?

I repeat, the general public has a special role to play in fighting human trafficking, and it is crucial that we work towards increasing education and knowledge. Additionally, their day-to-day engagement with Governments, civil society and business is unique and opens new avenues for cooperation in tackling trafficking.

Governments meanwhile have the ultimate responsibility for protecting their citizens. There are so many international conventions to help them do so, if they are serious about it.

Lastly, the private sector has an immense contribution to offer in two regards: resources and practices. Through cash and in-kind contributions, businesses are able to better equip grassroots workers such as NGOs, and make a difference to people's lives through that avenue. The Trust Fund, for instance, is one conduit available for this. Companies also have the social responsibility not to engage in, or turn a blind eye to, human trafficking in their work. Certain sectors such as tourism, construction and the production of goods in particular need to pay particular attention to this crime. Of course, the bottom line of a business is profit but it doesn't mean that they cannot work together with experts in Government and civil society to create a better world for all.