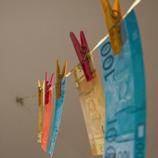 25 May 2011 - Since 2008, the proliferation of acts of piracy off the coast of Somalia has become a major concern for regional development in East Africa and for international maritime trade. Every year, pirates attack hundreds of ships in the region's waters, endangering crew members and disrupting one of the world's key shipping routes.

In recent years, the scale of the problem has become alarming, indicating that pirates are operating in an increasingly more organized and often deadlier way. While an average of 26 acts of piracy off the coast of Somalia were reported per year during the period 2000-2007, that number jumped to 111 in 2008 and quadrupled to over 400 in 2009 and 2010. Piracy is now extending into the Gulf of Aden and further into the Red Sea and the Indian Ocean. In 2010 alone, some 790 crew members were taken hostage, while according to a recent UNODC study, more than $110 million was paid in ransoms during that year, at an average of $4.85 million per hijacking.

Piracy in the region has increased so much that it is now considered a form of transnational organized crime, complete with established procedures, a successful business model and well-organized and well-funded backing.

As an integral part of the comprehensive international strategy to address piracy, countering acts of piracy and tracking the financial profits of pirates and those who support and finance piracy has become a key concern. Recognizing the importance of that task, in November 2010, the United Nations Security Council passed resolution 1950, in which it urged States to further investigate international criminal networks involved in piracy off the coast of Somalia, including those responsible for the illicit financing of piracy . Following the adoption of the resolution, an expert group on illicit financial flows was established by the Contact Group on Piracy off the Coast of Somalia, which itself was created in January 2009 to facilitate discussion and coordination of actions among States and organizations.

In order to assist in international efforts to combat piracy, UNODC held a meeting in Nairobi from 17 to 19 May 2011 to address piracy and its links to illicit financing. Attended by over 100 participants from 30 countries, regional and multilateral organizations and private sector representatives, the event offered an opportunity for policy, law enforcement and anti-money-laundering experts to propose concrete actions in tracing illicit, piracy-linked funds in a bid to identify those who ultimately control piracy activity.

Several key recommendations emerged from the three-day meeting, including enhanced information-sharing and cooperation among the key players involved in countering piracy. Participants also noted the importance of improved knowledge of the formal and informal financial channels used to transfer money and training to fight money-laundering more effectively.

UNODC Global Programme against Money-Laundering, Proceeds of Crime and the Financing of Terrorism