Countering the world of smuggling through container control 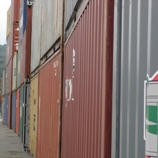 11 May 2011 - Since early-March more than two tons of cocaine and numerous cultural artefacts have been seized in Ecuador as part of the work of the first ever inter-agency seaport container profiling unit. According to officials in the inspection unit, these, and other seizures, were identified as high-risk following training delivered through the joint UNODC-World Customs Organization (WCO) Container Control Programme (CCP) launched in 2003.

On 9 April 2011, drug detector dogs discovered approximately 290 kg of cocaine in a shipment with bananas destined for Spain. This followed a seizure the previous day when 1,000 kg of cocaine was found hidden in a shipment of pineapples destined for the Port of Antwerp in Belgium and a 1 March bust by the unit when they intercepted 796 kg cocaine which had been hidden inside pre-cooked tuna loin.

In late-February Ecuadorian authorities seized an illegal shipment of teak wood in the Port of Contecon, headed for Nhava Sheva in India. In the same period, an extensive range of heritage cultural pieces including paintings and carvings were found being smuggled out of the country destined for Argentina and France. In addition to the European-bound archaeological pieces which were seized, authorities uncovered protected animal species which were trying to be moved out of the country illegally. Three weeks ago, on 20 April, authorities in the Panamanian Port of Balboa uncovered 119 kg of cocaine hidden amongst instant coffee containers destined for Gdynia, Poland.

Every year more than 420 million maritime containers move around the globe making up some 90 per cent of global trade. However, despite these flows rapidly increasing, only two per cent of containers are inspected. Speaking on this, Yury Fedotov, UNODC Executive Director commented: "This makes smuggling via containers increasingly attractive for criminals, and more challenging to detect. The situation poses a very real and serious threat to the security of the international trade supply chain that is critical for sustainable development."

In Pakistan in October last year, officials at Port Qasim seized 226 kg of cocaine, the first ever cocaine seizure in the country and the biggest seizure of the drug in the region. In March 2010, authorities at the same port seized 15.8 tons of acetic anhydride, the precursor used to produce heroin from opium marking the largest-ever seizure of the chemical in Pakistan. This was followed in March 2011 by the seizure of 245 kg of ephedrine - another precursor chemical - by the Pakistan Customs Port Control Unit in Karachi from a container destined for Australia.

In October 2010, West Africa report 125 kg cocaine seizure at the Port of Tema in Ghana, and more than a ton of cannabis two months earlier at the Senegalese Port of Dakar. UNODC and the World Customs Organization now plan to expand the Container Control Programme to Afghanistan,  Azerbaijan, Georgia, Guatemala, Iran and Kazakhstan.

"The global CCP has achieved and continues to achieve spectacular results, intercepting maritime shipments of illicit drugs, endangered species, hazardous materials and stolen cultural artefacts. More than 36 tons of cocaine, 26 tons of cannabis and approximately 770 tons of precursor chemicals have been seized since March 2006, and UNODC is now working to duplicate this success with a programme targeting international airports in West Africa and South America," said Mr. Fedotov.