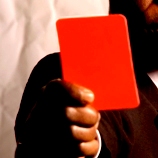 20 May 2011 - Yury Fedotov, Executive Director of UNODC, and Jacques Rogge, President of the International Olympic Committee (IOC) have signed a Memorandum of Understanding at the IOC's Lausanne Headquarters to fight corruption in sports. The initiative comes amid betting and doping scandals that have rocked the sporting world and disgraced star athletes.  However, both institutions recognize the positive impact of sports, particularly on young people - sport promotes health and healthy people are a key indicator of development.

UNODC has already worked closely with the Qatar Olympic Committee to set up Global Sport for Youth, a project which organizes sports camps around the world to prevent drug abuse and delinquency among teenagers. Sports help youngsters to learn important life skills, which build self-esteem an empower them to reject drugs.  Physical activity prevents social isolation and enhances well-being. Playing together instils positive values, such as loyalty, commitment and tolerance. Past camps have been held in Africa and the Middle East. Later this year, youth camps are planned in Manila, the Philippines and in Barcelona, Spain, in October and November, respectively.

But sport is increasingly becoming tainted by greed. Sports betting is a huge business and athletes are under pressure to win at any cost. Match-fixing and doping are the most visible consequences. But there are many other opportunities for large-scale corruption: goods and services are needed to build stadiums and venues within tight deadlines, and this could flaw procurement and public reporting, for example. A set of standards for transparency in bidding and business practices has clearly become necessary.

UNODC is exploring initiatives to promote the United Nations Convention against Corruption as a tool to mainstream anti-corruption safeguards in all aspects of sporting events.  One measure could be to identify good practices and share them among States, international organizations and the private sector.

In March 2011, UNODC participated in the IOC's Working Meeting on Irregular and Illegal Sport Betting that led to the setting up of a Task Force that will comprise members of the sports movement, governments, international organizations and private sector. UNODC has been invited to be represented on the Task Force.

"As with sport, teamwork is behind success. We must work together to ensure a level playing field for everyone" said Mr. Fedotov.  "Our commitment to the universal ideals of the Olympic Movement remains firm. Let us restore integrity in sports by showing cheats the red card."