From coca monitoring to sustainable farming 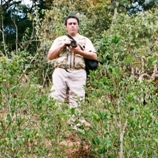 16 May 2011 - An important part of any country's drug crop eradication efforts is the promotion of alternative development - a process that encourages farmers to better utilize their land for legal farming purposes and offers them the skills needed to move away from illicit practices.

In Bolivia, UNODC has been working closely with authorities to assist in this process and to better utilize land usage through promoting the growing of licit crops in place of coca bushes. In addition to turning to a legal, viable alternative and reducing the flow of drugs out of the country, the process works towards ensuring a more sustainable supply of food goods and a more environmentally friendly approach to agriculture.

Within the idea of alternative development, an aspect that has been proving highly valuable is that of land use management and planning. Every year UNODC undertakes extensive crop monitoring work to produce reports on coca cultivation. The data for this is gathered through satellite imagery and manned filming, the latter of which has generated some 10,000 photos since 2002 and covered close to 10,000 sq km in 2010 alone.

In addition to highlighting the extent of potential cocaine production, the images have also proven invaluable in determining what the land is being used for. On 19 April, UNODC handed over a series of so-called "Land Management Plans" which were developed for nine municipalities in La Paz's Los Yungas region - an activity that was made possible through a special contribution from the European Union to UNODC. These plans aim to help farmers better understand how they could improve productivity through areas such as enhanced crop placement and water management, as well as assist authorities to streamline their agricultural strategies. The images also give authorities a clearer indication of what is being grown for food security planning purposes.

Recognizing the importance of this work and the potential to further Bolivia's alternative development efforts, the country's chief anti-drug official Felipe Cáceres commended the data that was produced, calling it an "extremely important tool for development" and one which "provides a complete and updated picture of the territory". Mr. Cáceres also commented on UNODC's commitment in working on alternative livelihoods in the coca producing regions and its partnership with the Bolivian Government to continue working at a multilateral level in all the aspects of the fight against drugs.

Speaking at the handover of the data, UNODC Representative in Bolivia Cesar Guedes underlined the core participation of the farmers in the studies, noting that their contributions helped highlight the daily problems they faced: "The data that has been developed has gone beyond just monitoring coca crops. By producing more in-depth work around this and speaking to the people on the ground the resultant Land Management Plans accurately illustrate what is needed to accomplish adequate levels of agricultural development."

The studies were handed over to the mayors from the nine participating municipalities of Coroico, Coripata, Chulumani, Irupana, Yanacachi, La Asunta, Palos Blancos, Cajuata and Caranavi by Antoine Saintrant Head of Development Cooperation at the European Union delegation in Bolivia. In receiving the studies the mayors expressed their gratitude to the EU and UNODC for what is considered a rewarding example of joint cooperation.