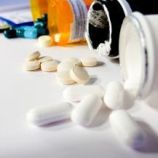 12 May 2011 - With an annual estimated value of $1.6 billion in Africa and Asia alone, the dangerous and often deadly fraudulent medicine industry has become not only a key health-related concern across the world but also a growing area of organized crime. With low risks and high returns, the attraction to criminal groups is evident.

Affecting both developed and developing regions, the production and trafficking of these illicit goods is increasingly placing lives at risk across the world and spurring criminal operations.

The World Health Organization indicates that 3 in 10 pharmaceutical products in the combined African, Asian and Latin American markets are fake. Up to 50-60 per cent of anti-infective medications tested in parts of Asia and Africa have been found to contain active ingredients outside acceptable limits.

However, this crime is not limited to the developing world. Despite a lower number of detected cases of fraudulent medicines in developed countries, the European Customs Union detected more than 3,200 attempts to import fake medicines (in cases involving almost 9 million items) in 2008 alone.

The growing concern regarding counterfeit medicines and the criminal groups expanding the trade in such products was reflected in the deliberations of the twentieth session of the Commission on Crime Prevention and Criminal Justice held in Vienna in April 2011. Delegates to the meeting requested UNODC, in close collaboration with other United Nations bodies and international organizations such as the World Health Organization, the World Customs Organization and INTERPOL, to assist countries in responding to what is a growing threat and one to which UNODC Executive Director Yury Fedotov has called for increased attention to be given: "Fraudulent medicines offer organized criminal groups a high-return commodity with relatively low risks, ultimately at the expense of the health of unsuspecting people. These counterfeit goods indiscriminately kill, depriving the poorest of lifesaving medicines and leading to countless deaths."

In addition to their direct impact on victims, substandard medicines can also fuel microbial resistance. Health experts have warned that each patient treated with substandard medications becomes an evolutionary vector though which "superbugs" can develop, posing a global threat to public health.

Encouraged by the globalization of legitimate business and the free movement of goods across borders, organized criminal networks are increasingly taking advantage of licit channels to move fraudulent medicines and distribute them in regions with weak legal and regulatory frameworks and inefficient justice systems. In addition to traditional smuggling methods, illicit pharmacies use the Internet and courier services to sell fraudulent medicines, an evident challenge to law enforcement in the digital age.