Cybercrime in Asia and the Pacific: countering a twenty-first-century security threat 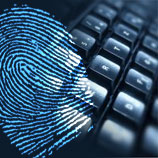 20 October 2011 - Over the past decade, Internet usage has exploded, growing five-fold from 361 million users in 2000 to some two billion today. The World Wide Web is very much a part of our everyday lives and provides a vast wealth of information and communication possibilities. However, the easy access and widespread use of the Internet has attracted a range of criminal activities. From computer data theft and fraud-like phishing to content-related offences, including copyright issues and online child pornography, the Internet offers criminals an increasingly lucrative sphere in which to operate.

As one of the fastest-growing criminal activities on the planet, cybercrime is moving higher up the agenda of countries around the globe. Last month, more than 20 countries in the region of Asia and the Pacific joined UNODC, guardian of the United Nations Convention against Transnational Organized Crime, and the International Telecommunication Union (ITU) to discuss ways in which cybercrime can be tackled.

Held in Seoul, the conference brought together more than 60 industry experts, information and communication technology security specialists, public prosecutors and other representatives from the region. Gary Lewis, the UNOD Regional Representative for East Asia and the Pacific, noted that the conference provided the essential elements for formulating a response to cybercrime, including "knowing the problem, establishing norms and standards, building technical ability and cooperating across borders."

The conference led to an agreement on common goals that must be attained in tackling cybercrime. The agreement, highlighting the importance of enhancing cooperation at the national, regional and international levels, will employ a two-step approach.

First, countries are encouraged to elaborate and undertake a comprehensive assessment of their own cybersecurity and cybercrime situations. Following that assessment, States will seek to increase their capacities in several areas, including through relevant law enforcement training, the updating and creation, as applicable, of new cybercrime laws, the strengthening of prevention through public awareness-raising and the building of cooperation between policymakers, regulatory authorities, the criminal justice system, the private sector and civil society.

At the close of the conference, Eun-Ju Kim, the ITU Regional Director for Asia and the Pacific, called cybercrime "borderless" and concluded that, with that in mind, "the best way to counter this crime is through close partnerships and cooperation in an interdependent information society."