Fighting corruption to help to improve the lives of the poor 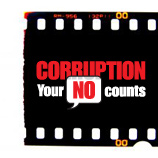 5 October 2011 - Corruption harms poor people more than others, stifles economic growth and diverts desperately needed funds from education, health care and other public services. Corruption impedes development. Billions of dollars are siphoned off through bribes instead of being used to help to improve the lives of people around the world.

How development is held back by corruption will be one of the issues discussed at the fourth session of the Conference of the States Parties to the United Nations Convention against Corruption in Marrakech, Morocco, later this month (24-28 October). The States that have ratified the Convention will be reviewing how it is being implemented and addressing how to improve international cooperation in the fight against corruption.

"Corruption is a global threat. It is a serious roadblock to economic development," said Executive Director of UNODC Yury Fedotov. "Corruption aggravates inequality and injustice and undermines stability, especially in the world's most vulnerable regions." Mr. Fedotov will address the opening session of the Conference.

Among the other topics to be discussed are corruption prevention, how to support developing countries in implementing the Convention, the recovery of illicit assets, corruption in the private sector and what businesses can do to become part of the solution. Around two thousand participants are expected to attend, including ministers and representatives of  regional and intergovernmental organizations, civil society, the private sector and the media.

The United Nations Convention against Corruption is the only universal legally binding anti-corruption instrument. It came into force in December 2005 and has been ratified by 154 States. The Convention requires States to prevent and criminalize corruption; to promote international cooperation; to recover stolen assets; and to improve technical assistance and information exchange in both the private and public sectors.

The question of how action against corruption can help to achieve the Millennium Development Goals (MDGs) will be the focus of side events held during the conference. The eight goals, agreed by world leaders in 2000, aim to reduce poverty, hunger and disease by 2015. The MDGs have galvanized unprecedented efforts to meet the needs of the world's poorest, but corruption will have an impact on whether the targets are achieved.

The first session of the Conference of the States Parties was held in Amman in 2006, the second session in Nusa Dua, Indonesia, in 2008, and the third session in Doha in 2009. The fifth session will be held in Panama in 2013.

The Conference of the States Parties will be covered from Marrakech by Twitter. Follow @unisvienna and join the conversation using the hashtag #NoToCorruption.