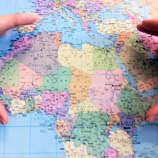 14 May 2012 -  Recent political and social upheavals in the Middle East and North Africa have led to positive transformations, particularly the promotion of good governance and democracy. They have also given rise to insecurity and instability in the region, however, which has paved the way for organized crime syndicates to pursue illegal activities, such as trafficking in drugs, firearms and persons and the smuggling of migrants.

In the light of these developments, and heeding the calls of the Arab people for freedom, social justice and respect for the rule of law, UNODC and its partners are adapting their work in the region to provide crucial assistance needed for improved governance and the rule of law. At the same time, the Office is calling upon the international community to step up assistance to help countries in the region to rebuild and stabilize.

On 9 and 10 May, the committee managing the UNODC regional programme on drug control, crime prevention and criminal justice reform in the Arab States (covering the period 2011-2015) met in Cairo to review the programme and set new priorities to counter trafficking (including the smuggling of migrants, human trafficking and drug trafficking), tackle organized crime and terrorism, promote integrity through fighting corruption and promoting justice and prevent drug use and promote health.

Since the launch of the regional programme in December 2010, several new initiatives have been started.  These include supporting measures to combat corruption and money-laundering and foster asset recovery in Egypt; providing assistance to Libya in criminal justice reform; a container control project in Morocco to improve regional information sharing and coordination in the inspection of sea containers that could be used for trafficking drugs and other illegal products; and supporting the implementation of the Arab Initiative to Combat Human Trafficking, which is aimed at building national capacity in the 22 members of the League of Arab States to effectively prevent and combat human trafficking.

The committee, composed of representatives from UNODC, the League of Arab States and a number of other Arab States, called on UNODC to conduct a regional threat assessment that would establish an understanding of the drug and crime situation in the region as a basis for effective and sustainable responses. It also requested UNODC and the League of Arab States to develop a funding strategy for the regional programme.